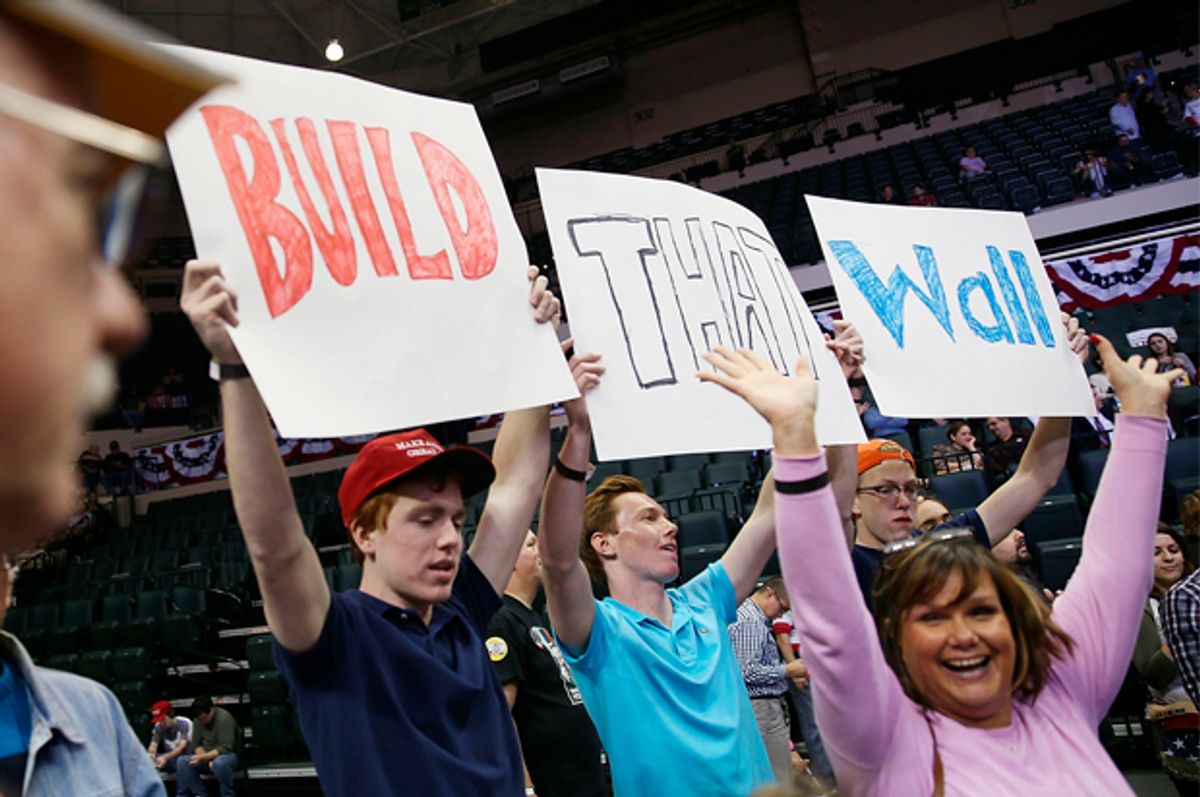 At his turbulent his news event last Wednesday (I won’t dignify it by calling it a news conference), Trump reiterated that he will build a wall along the Mexican border. “It’s not a fence. It’s a wall,” he said, and“Mexico will pay for the wall.”

Here are six reasons why Trump’s wall is an even dumber idea than most of his others.

1. The U.S.-Mexican border is already well defended, and a wall won’t improve the defenses. The United States now spends $3.7 billion per year to keep some 21,000 Border Patrol agents on guard and another $3.2 billion on 23,000 inspectors at ports of entry along the border, a third of which is already  walled or fenced off.

2.  The cost of Trump’s fence would be a whopping $25 billion on top of this. That’s the best estimate I’ve seen by a Washington Post fact checker. (When Trump discussed the cost last February he put it at $8 billion, then a few weeks later upped the cost to $10 to 12 billion. )

3.  There’s no way Mexico will pay for it. On January 11, Mexican President Enrique Peña assured Mexicans they would not be footing the bill. “It is evident that we have some differences with the new government of the United States,” he said, “like the topic of the wall, that Mexico of course will not pay.”

4. There’s no reason for the wall anyway because undocumented migration from Mexico has sharply declined. The Department of Homeland Security’s estimatesthat the total undocumented population peaked at 12 million in 2008, and has fallen since then. According to the Pew Research Center, the overall flow of Mexican immigrants between the two countries is at its smallest since the 1990s. The number of apprehensions at the border is at its lowest since 1973.

5. The decline isn’t because of rising border enforcement but because of Mexico is producing fewer young people and therefore less demographic pressure to migrate to the U.S. In 1965, Mexico’s fertility rate was 7.2 children per woman; by 2000 it had fallen to 2.4; today, it’s at 2.3 children per woman, just above replacement level.

6. There’s little or no evidence undocumented immigrants take jobs away from native-born Americans, anyway. A new analysis of Census data finds that immigrants take very different jobs than Americans. In fact, the United States already allows a significant amount of legal immigration from Mexico under the “guest-worker” program  –1.6 million entries by legal immigrants and 3.9 million by temporary workers from Mexico over the last 10 years – because farmers can’t find enough native-born Americans to pick crops.

Of course, Trump lives in a fact-free universe designed merely to enhance his power and fuel his demagoguery. But you don’t have to, and nor does anyone else.