You should be watching "Black-ish" with your kids

In its stellar third season, the sitcom is redefining "must-see television" 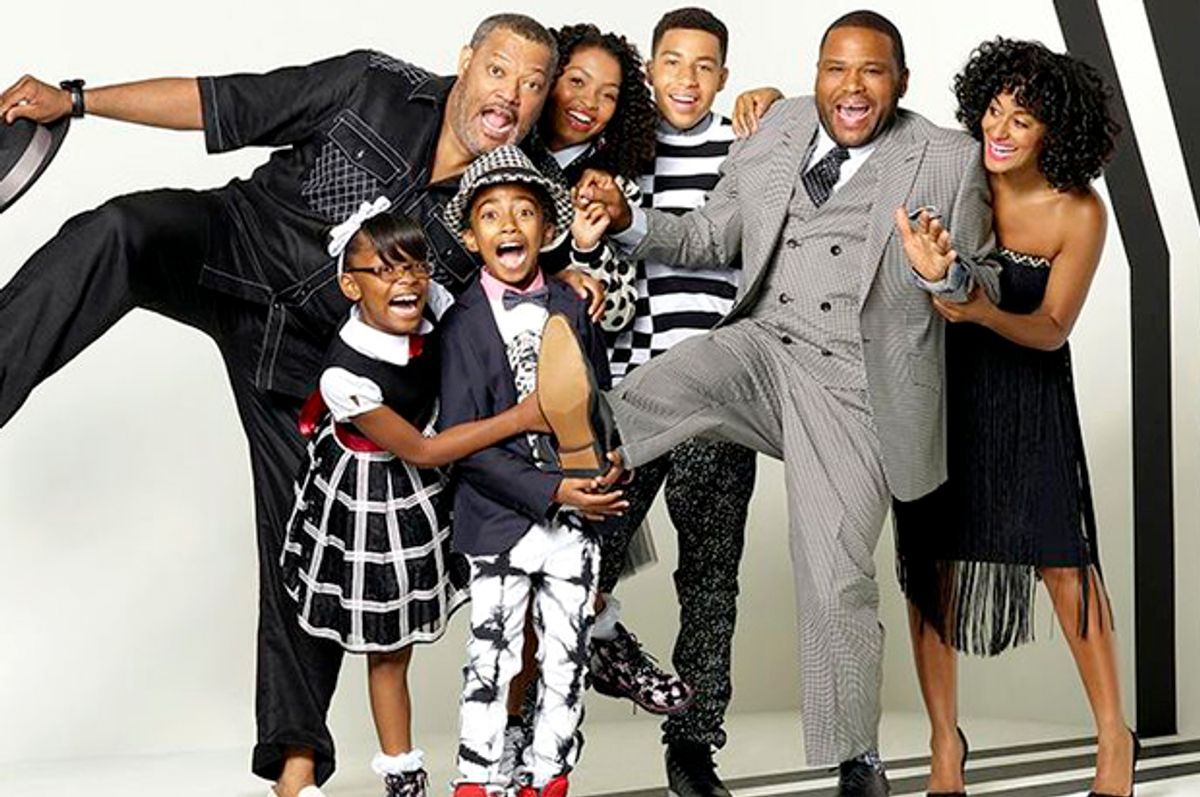 My family and I hardly ever do appointment television. On the rare nights all of us are home, we usually seem to wander off into our separate corners anyway, to stare at our respective devices and reading materials. But since it debuted in 2014, one reliable mainstay of our viewing week has been "Black-ish." And if you're not watching it — and more important, watching it with your kids — you should get on that pronto.

I grew up in an era of social commentary on sitcoms. My early years involved watching Maude talk about feminism and the "Good Times" Evans family discuss racism and poverty. I lived in a diverse urban environment, but it was George Jefferson's neighbors the Willises who were the first biracial family I can remember seeing on my television. And though much of the topical humor of those classic Norman Lear shows went over my young head, I learned early that characters could be flawed and bungling and say outrageous things over canned laughter and still inhabit the real world of news and politics.

But then came the age of "very special episodes," of the "Diff'rent Strokes" kids learning awkward lessons about sexual abuse  and Alex P. Keaton getting an alcoholic uncle, and of earnest, stand-alone plotlines in otherwise safe, unchallenging shows. Insightful satire seemed to dry up in prime time. And I'm pretty sure that no one ever changed his or her mind about underage alcohol use because Urkel became drunk.

Now, however, we are living in a new golden age of sharp, smart — and vastly different — comedies like "Fresh Off the Boat," "Unbreakable Kimmy Schmidt" and "Transparent," episodic series that don't sacrifice their humor when they acknowledge the morally complex world their characters inhabit. And then there is "Black-ish," which is in a brilliant class all its own.

The series is in many ways a typical family sitcom. The dad is loving but affably mistake prone; the mom is wise and fussy. There are squabbling in-laws. The kids are straight out of the TV tropes playbook — from the cool, eye-rolling eldest teen daughter to the adorably underachieving youngest son. There are schemes and deceptions and misunderstandings, and at the end of 30 minutes, everybody seems reasonably happy.

The show is also reliably hilarious, thanks in no small part to its top-notch cast lead by Anthony Anderson and Golden Globe winner Tracee Ellis Ross. Yet from its first episode, creator Kenya Barris' comedy has made it clear this show is also here to instruct you, America.

It does so, literally, with lessons, usually courtesy of Anderson's Andre "Dre" Johnson's wry narration and historical photos and footage. In the opening moments of the show's pilot, Dre introduces himself, saying, "I guess for a kid from the hood, I'm living the American dream. The only problem is, whatever American had this dream probably wasn't where I'm from" and imagines his brood as a"mythical and majestic black family" living in a white neighborhood tourist attraction.

In 2016, in the wake of the second season's powerful episode on police brutality and the Black Lives Matter movement, showrunner Kenya Barris explained his philosophy, telling The Hollywood Reporter, "My fear is: I don't what to piss anyone off. I don't want to politicize the show. I don't want people to feel like it's not funny enough. I don't want people to feel like it's too heavy to be a comedy." He added, "I believe a show becomes really politicized or a point of view becomes really politicized when it lands on one direct point of view."

That refusal to land on a single viewpoint has has been a huge part of the show's appeal; it propels its comedic tension and also makes it satisfyingly thought-provoking. Both at home and at work, Andre and the people in his life engage in real, soul-searching debates, and they don't always come to tidy conclusions.

Earlier in the season, Dre's wife Rainbow — the daughter of a black mom and white dad — grapples with her unease about her son's dating a white girl and, in the process, gives a clever, visually engaging tutorial on America's complicated biracial history, from the era that slaveowners like Thomas Jefferson "invited, ordered their slaves up into their chambers," as Rainbow puts it, through the Loving v. Virginia decision to the present day. Then the show also offered, for humorous context, a flashback to Bo's youthful, uncertain response to the O.J. verdict.

And in last week's moving "Lemonade," the show revealed Dre's co-worker Lucy to be a Trump voter — and gave her a chance to explain her logic. "I'm not some crazy right-wing nut," she tells her friends — and the character isn't. But then Dre, who had been previously silent, delivers the episode's showstopping monologue over the strains of Nina Simone's "Strange Fruit," eventually saying, "Maybe instead of letting this destroy us, we take the feeling you guys felt the day after the election and say, 'That morning we all woke up knowing what it felt like to be black.'"

"Lemonade" is a potent and ultimately hopeful episode. This week's new one was lighter, but it still took on mental health, as Bo persuades Dre to go into therapy. Yet wherever the show goes, week after week, I always look forward to that half an hour spent watching with my kids. Because the show is just so damn funny. Because last week when Dre implores, "It's time that we stop calling each other names, and we start having those conversations," that is exactly what it inspired —  just as it always, unfailingly sparks amazing questions and conversations in my home.

And because it is television's best example of how to look at complex, divisive issues with humor and hope and from more than one side, it is a lot more effective and entertainingly than any current cable news network can be.