"He's never going to admit he's wrong in front of everyone": President Trump's aides are worried about his behavior 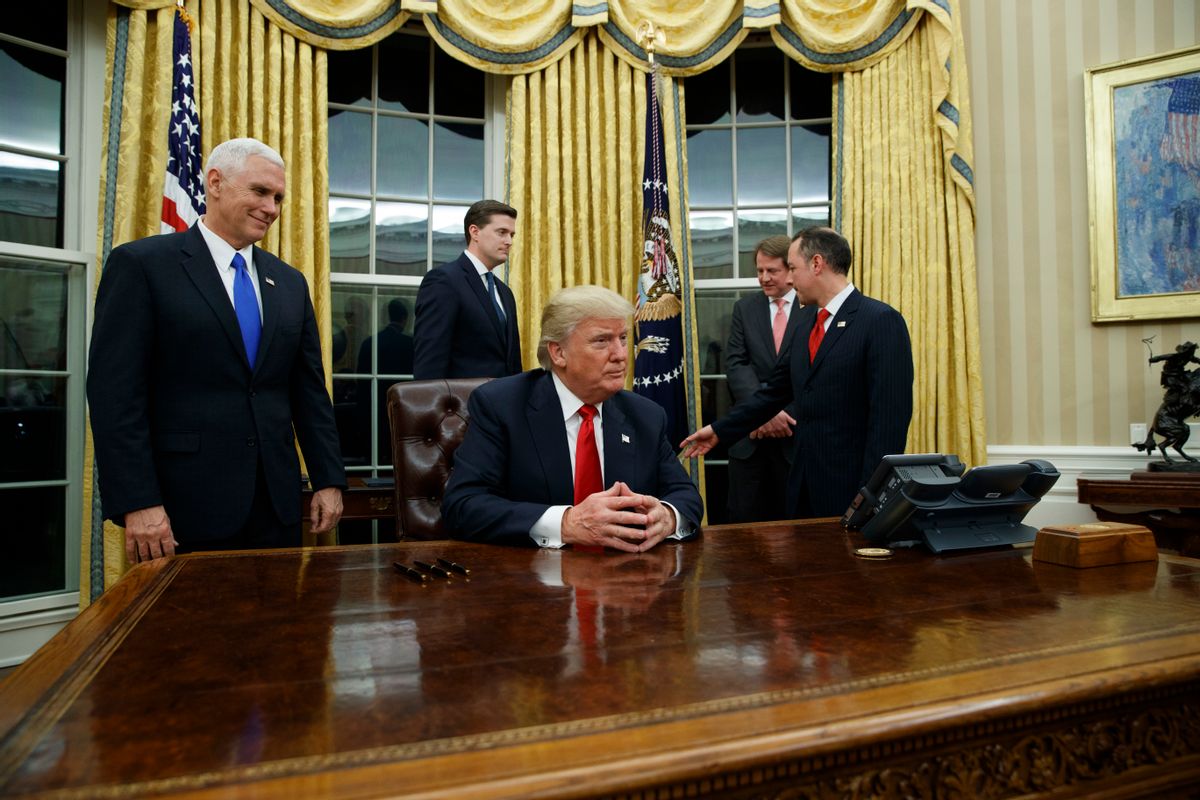 Following Donald Trump's first days as president, reports are coming out that some White House insiders are troubled by his in-office behavior.

One anonymous insider who frequently talks with Trump told Politico his aides are often afraid of saying no to him due to his notorious unwillingness to look bad.

This insider also told Politico that Trump "gets bored and likes to watch TV," so it's important for his aides to check his tendency to respond impulsively when angered, as well as control what information reaches him and is taken seriously.

"The truth of the matter is he had a successful inauguration with a respectful crowd," presidential historian Douglas Brinkley told Politico. "The transition of power went off without a hitch. His supporters were amiable by and large."

Brinkley added, "But then he can never let go and stop watching cable TV. Now he's off to the worst start of a presidency in a very long time."

It appears that many members of Trump's inner circle urged him to not give into his resentment about the media's reporting of attendance at his inauguration, according to a Sunday report by The New York Times. This did not succeed, as Trump ultimately let resentment about inauguration coverage bleed into even unrelated priorities, like patching up his relationship with the intelligence communities, which prompted other members of Team Trump to try to spin away the president's behavior.

"Ultimately this is about governing," said former House speaker Newt Gingrich to the Times. "There are two things he’s got to do between now and 2020: He has to keep America safe and create a lot of jobs. That’s what he promised in his speech. If he does those two things, everything else is noise."

Gingrich noted, "The average American isn’t paying attention to this stuff," adding, "They are going to look around in late 2019 and early 2020 and ask themselves if they are doing better. If the answer’s yes, they are going to say, ‘Cool, give me some more.’"

While there is no polling data yet about whether Trump's unorthodox conduct during his first days as president has hurt him, he had incredibly low favorability ratings before being sworn in.