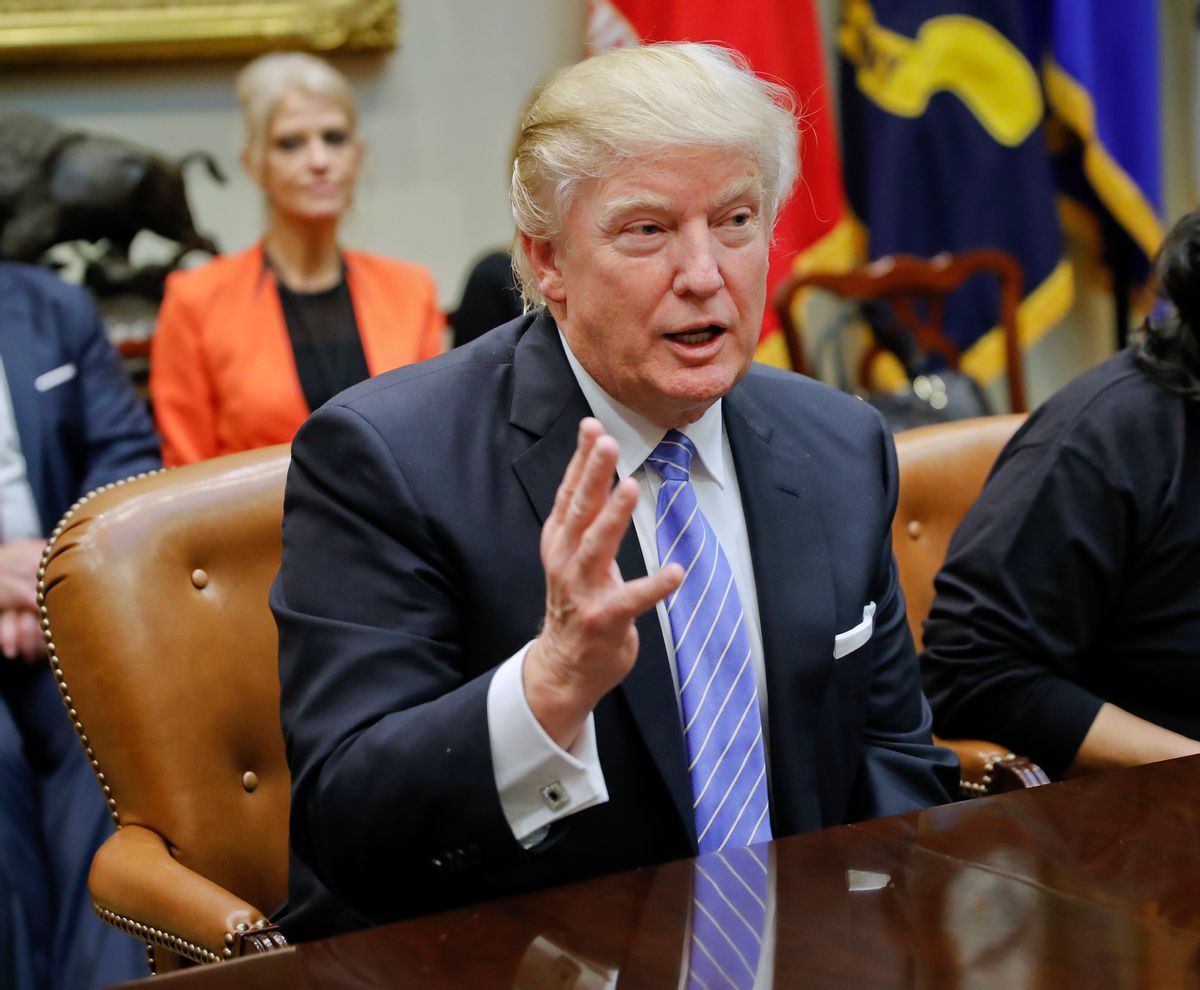 President Donald Trump repeated an old, debunked claim during a meeting with congressional leaders Monday, saying that he would have won the popular vote — which he lost by nearly 3 million people — were illegal voters not counted.

Several anonymous sources familiar with Trump's words during that meeting told The New York Times on Monday that he insisted three million to five million undocumented immigrants voted for Hillary Clinton, which in theory would have explained the nearly 3 million vote margin by which Trump lost the popular vote. Trump's argument is unequivocally false — there is no reasonable doubt that he decisively lost the popular vote to Clinton — even though he has been making this assertion since November.

Rep. Steny Hoyer, D-Maryland, told CNN that Trump continued to brag about the size of his inaugural crowd.

"It was a huge crowd, a magnificent crowd. I haven’t seen such a crowd as big as this,” Hoyer told CNN as he attempted to quote Trump. He added that, although Trump didn't "spend a lot of time on that, but it was clear that it was still on his mind."

The comparatively lackluster turnout for Trump's inauguration has plagued the president since his first days in office. Although fact-checkers have confirmed that it was surpassed by President Obama's 2009 inaugural crowd, Trump's insecurity on the issue has plagued his initial days in office, even prompting White House counselor Kellyanne Conway to defend Press Secretary Sean Spicer's angry defense of Trump's position as "alternative facts."