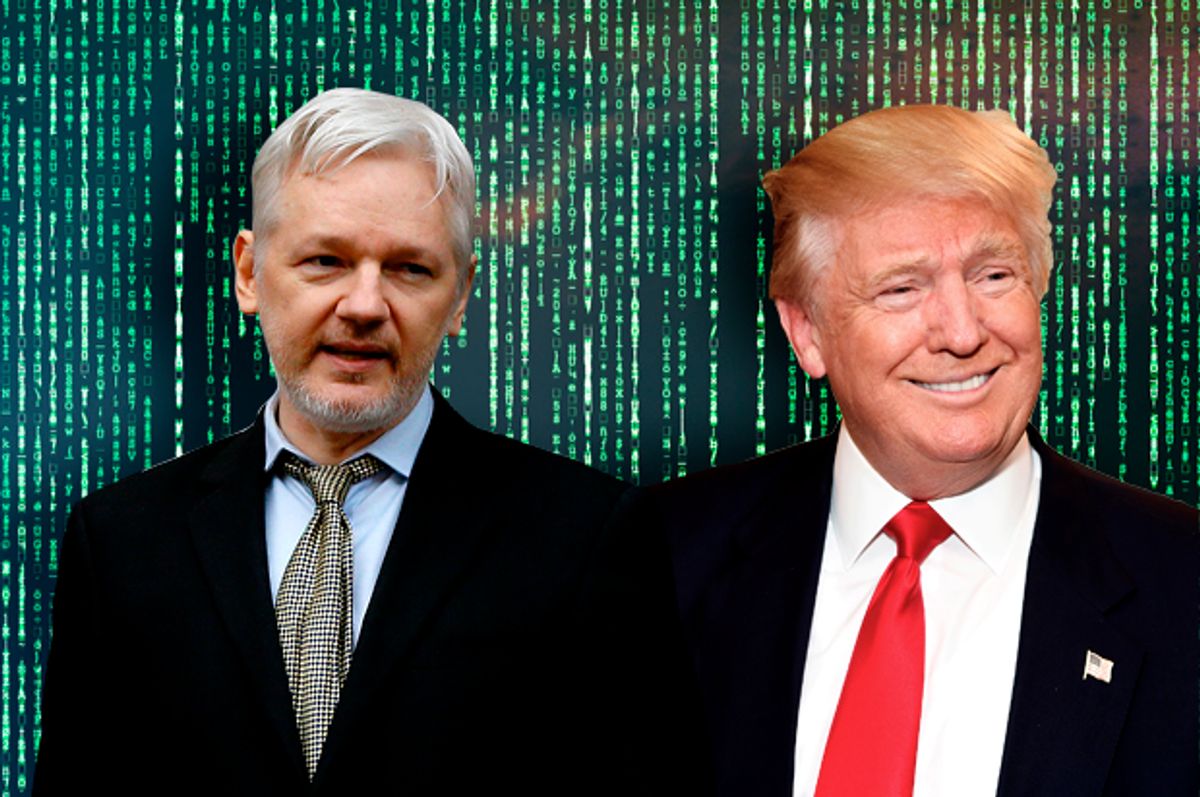 WikiLeaks founder Julian Assange is hoping that President Donald Trump's Justice Department will work out a deal so he can avoid extradition to the United States — even as Assange tried to blame former President Barack Obama for the PR faux pas that has put him in his current predicament.

"We had a major strategic victory in liberating Chelsea Manning," Assange told Waleed Aly of The Project on Monday. "But, of course, saying I’m willing to accept extradition doesn’t mean I’m saying that I’m willing to be a complete idiot and throw all my lawyers away and so on."

He added, "We are going to have a discussion with the DoJ about what that looks like. The ball is in their court."

Assange has taken asylum in the Ecuadorian Embassy in London of his own free will since June 2012, when Sweden issued an arrest warrant based on sexual assault allegations against him by two women from 2010. Although Assange has claimed that he won't go to Sweden over fear that they will extradite him to the United States, the American government has never issued a formal indictment against Assange, though he is under investigation.

The WikiLeaks founder's predicament took an unexpected turn earlier this month when Obama announced that he would commute the sentence of Chelsea Manning, a whistleblower who had worked with Assange in the past. Although Assange had previously promised to accept extradition if Manning was released, he quickly reneged on that pledge.

In addition to claiming that Obama only granted clemency to Manning in order to "make life hard" for him, Assange told Aly that "in the end, Barack Obama – wanting, I guess, to look tough – said that my offer had nothing to do with Chelsea Manning being granted clemency, so there is no quid pro quo."

Assange provided no evidence that Obama was motivated by a desire to get Assange to extradite himself, and the White House has denied that Assange's promise had anything to do with its decision.