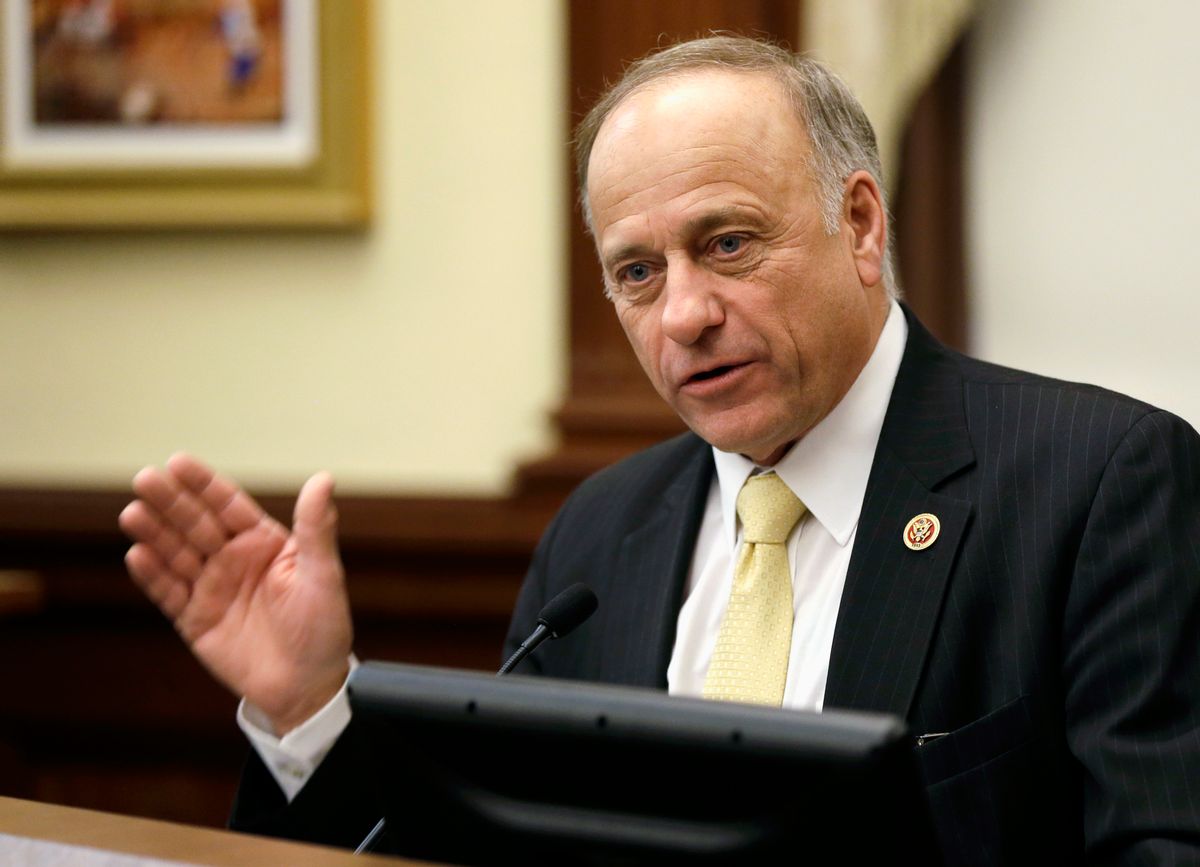 Rep. Steve King, R-Iowa, may have President Donald Trump's back when it comes to his baseless claim that he would have won the popular vote if it hadn't been for undocumented immigrants voting. Many of the Republican Party's other prominent politicians, though, are being much more cautious.

"There is sample data from two counties in Virginia and other counties scattered around the country and I took that article when I first saw it come out — a couple, three months ago, and did an extrapolation calculation on how many illegals could have or could be voting in the United States," King told MSNBC's Hallie Jackson on Tuesday. "The number I came up with off of that extrapolation is 2.4 million. So it’s plausible. 3 million sounds like a plausible number to me."

King provided no evidence to back up any of his assertions, and when Jackson pointed out that independent fact-checkers have overwhelmingly rejected Trump's claim, King simply replied, "sometimes the fact-checkers have a political agenda."

King even targeted the National Voter Registration Act, which helps low-income voters register by allowing them to do so at government agencies like the Department of Motor Vehicles.

"There are many people who will go in for motor-voter, giving drivers licenses to illegals. They ask them if they want to sign up under Motor-Voter and register to vote. Maybe they don’t understand the language, maybe they understand, they can be signed up anyway," King said.

Other prominent Republican politicians have been much more circumspect in responding to Trump's voter fraud spin. "I’ve seen no evidence to that effect. I’ve made that very, very clear," House Speaker Paul Ryan told reporters on Tuesday. He repeated that claim to several congressmen on Monday.

Sen. Lindsey Graham of South Carolina went a step further than Ryan. "I am begging the president, share with us the information you have about this or please stop saying it," Graham told NBC Nightly News on Monday. "As a matter of fact, I’d like you do more than stop saying it, I’d like you to come forward and say, 'Having looked at it, I am confident the election was fair and accurate and people who voted voted legally.' ‘Cause if he doesn’t do that, this is going to undermine his ability to govern this country."

Former Arkansas Gov. Mike Huckabee joined in the chorus of Republicans pouring cold water on Trump's popular vote conspiracy theory. "I have no evidence whatsoever, and I don’t know that anyone does, that there are that many illegal people who voted. And frankly it doesn’t matter. He’s the president and whether 20 million people voted, it doesn’t matter anymore," Huckabee told Fox Business Network on Tuesday. "I’m not sure why he brought it up."

Huckabee also added, as a jab at Clinton supporters upset that Trump was elected without the popular vote, that "when people keep arguing this thing about the popular vote, they’re missing the point. The founders created a system, the electoral college, and the people who are whining about it, they have a way to change it if they want to, they can change the Constitution."