Peña Nieto tweets, "We have informed the White House that I will not attend the meeting scheduled for next Tuesday" 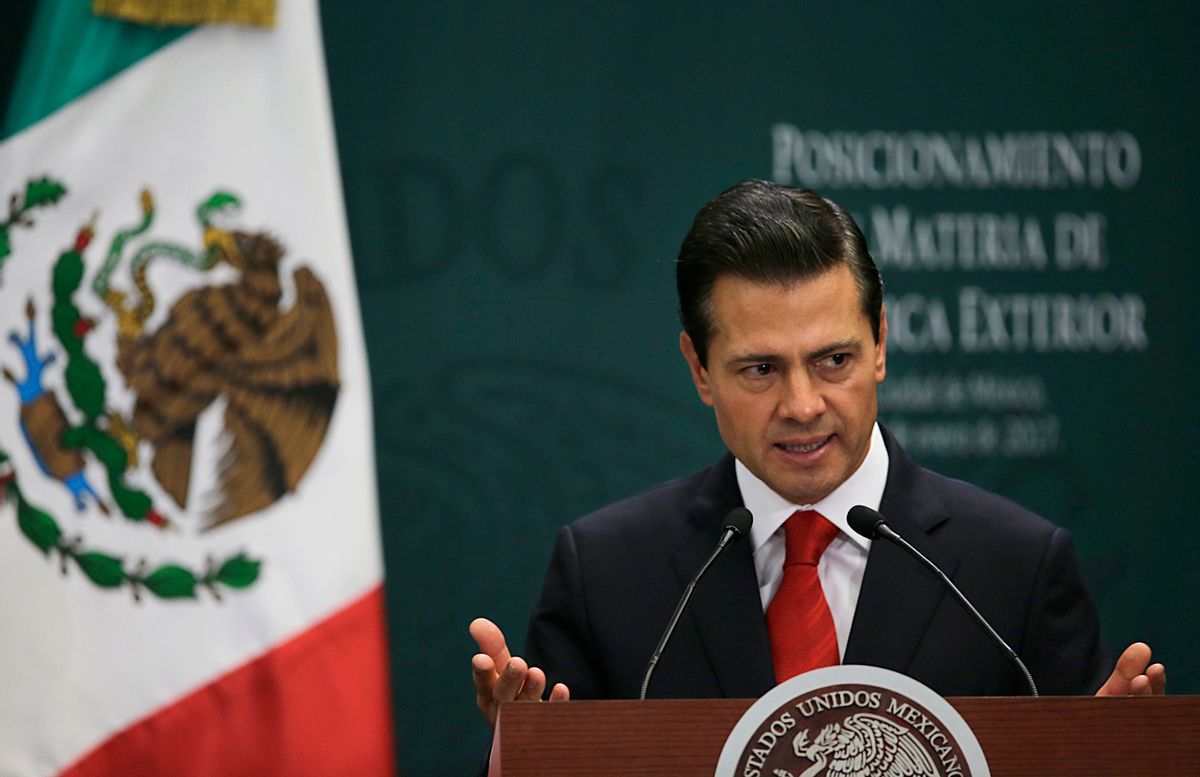 President Enrique Peña Nieto of Mexico is telling America's new president, Donald Trump, that he is not going to meet with him as scheduled on Tuesday.

The translation of that tweet is  "This morning we have informed the White House that I will not attend the meeting scheduled for next Tuesday with the @POTUS."

This tweet was issued only a few hours after President Trump essentially dared him to cancel the meeting.

The U.S. has a 60 billion dollar trade deficit with Mexico. It has been a one-sided deal from the beginning of NAFTA with massive numbers...

of jobs and companies lost. If Mexico is unwilling to pay for the badly needed wall, then it would be better to cancel the upcoming meeting.

America has enjoyed a very close relationship with Mexico since World War II. Mexico is currently America's third largest trading partner, after Canada and China, as well as its second largest export market.

The two nations work have a number of mutually held security concerns, ranging from fighting organized crime to protecting their respective borders from terrorism.

That said, Trump's unpopularity in Mexico has been so intense that, in September when Trump met with President Peña Nieto, he faced a severe Mexican backlash for the perceived humiliation of having agreed to the encounter.

During that meeting, the Mexican president made clear the position he's reiterating now.

"At the beginning of the conversation with Donald Trump, I made clear that Mexico will not pay for the wall."