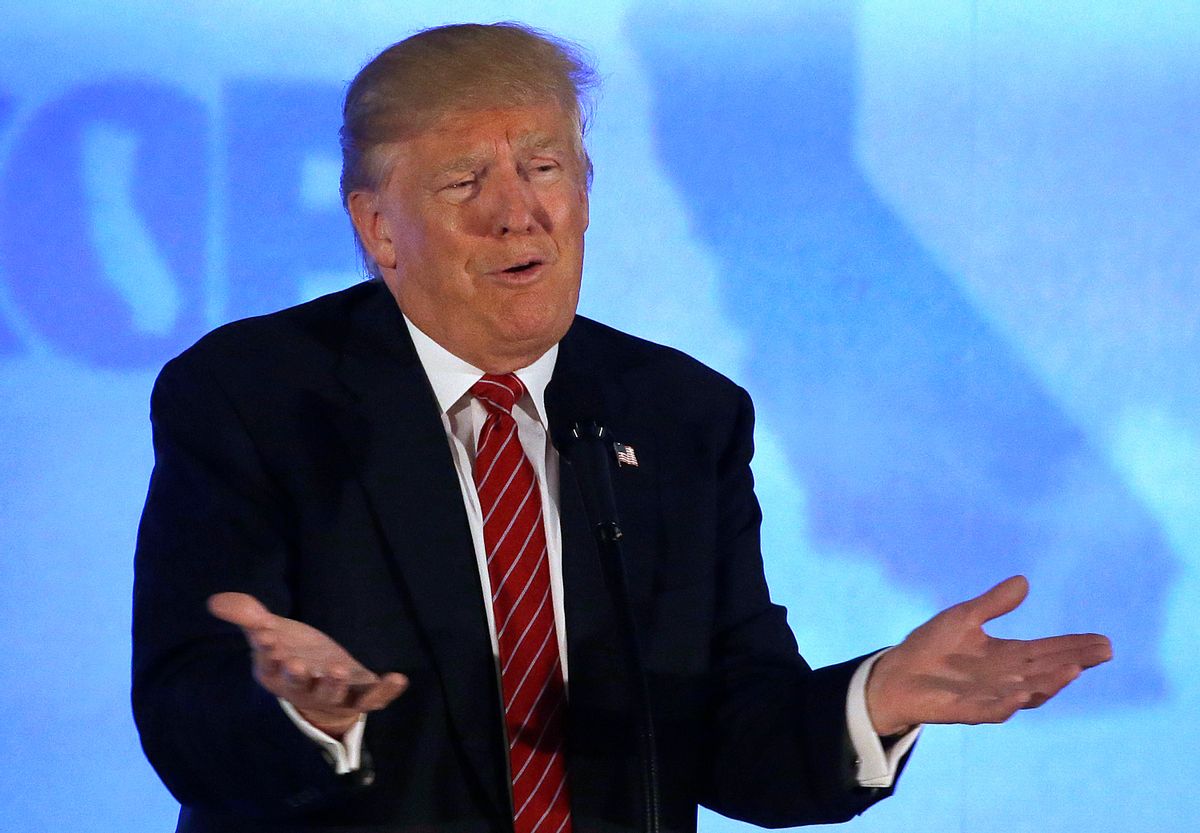 President Donald Trump extended his “day of action” well into the week by signing a pair of executive actions on Wednesday that constitute the biggest single day change to federal immigration policy in modern history.

Trump took the first steps to make good on campaign promises to build a “wall” along the U.S. - Mexico border and crack down on so-called sanctuary cities that shield undocumented immigrants from federal officials. Trump’s executive order also takes the Republican war against illegal immigration to a personal level, including a plan for the Trump administration to publish a weekly list of crimes purportedly committed by undocumented immigrants.

Under a section on "Sanctuary Jurisdictions," Trump calls for the Homeland Security secretary to “utilize the Declined Detainer Outcome Report or its equivalent and, on a weekly basis, make public a comprehensive list of criminal actions committed by aliens and any jurisdiction that ignored or otherwise failed to honor any detainers with respect to such aliens." Trump’s plan is part of an effort to shame sanctuary cities that “catch and release” undocumented immigrants accused of crimes.

Signing the order in the Oval Office Wednesday, Trump read out the names of people killed by undocumented immigrants.

The aim of his new order, according to the Declined Detainer Outcome Report, is “to better inform the public regarding the public safety threats associated with sanctuary jurisdictions.” The Declined Detainer Outcome Report also calls for the secretary of state to “make public a comprehensive list of criminal actions committed by aliens.”  Trump’s administration plans to establish an Office for Victims of Crimes Committed by Removable Aliens, and direct the Justice Department to prioritize those immigration prosecutions. Section 13 states:

The sweeping, yet nondescript, order is a move straight out of the Breitbart playbook. Trump has already staffed his White House with at least three former Breitbart staffers -- including former CEO Steve Bannon as chief strategist -- and now appears to be swiping ideas from the right-wing website.

The site, which has grown into a refuge for white supremacists, prominently features a tag titled, “black-on-black crime."

Trump’s executive action also states the administration plans to hire a force of 5,000 new border agents and 10,000 new immigration officers, just days after the president signed another executive order freezing the hiring of all federal workers.

During an address to the Department of Homeland Security Wednesday following his executive order on immigration, Trump said, "We are going to restore the rule of law."

Watch below, via NBC News: