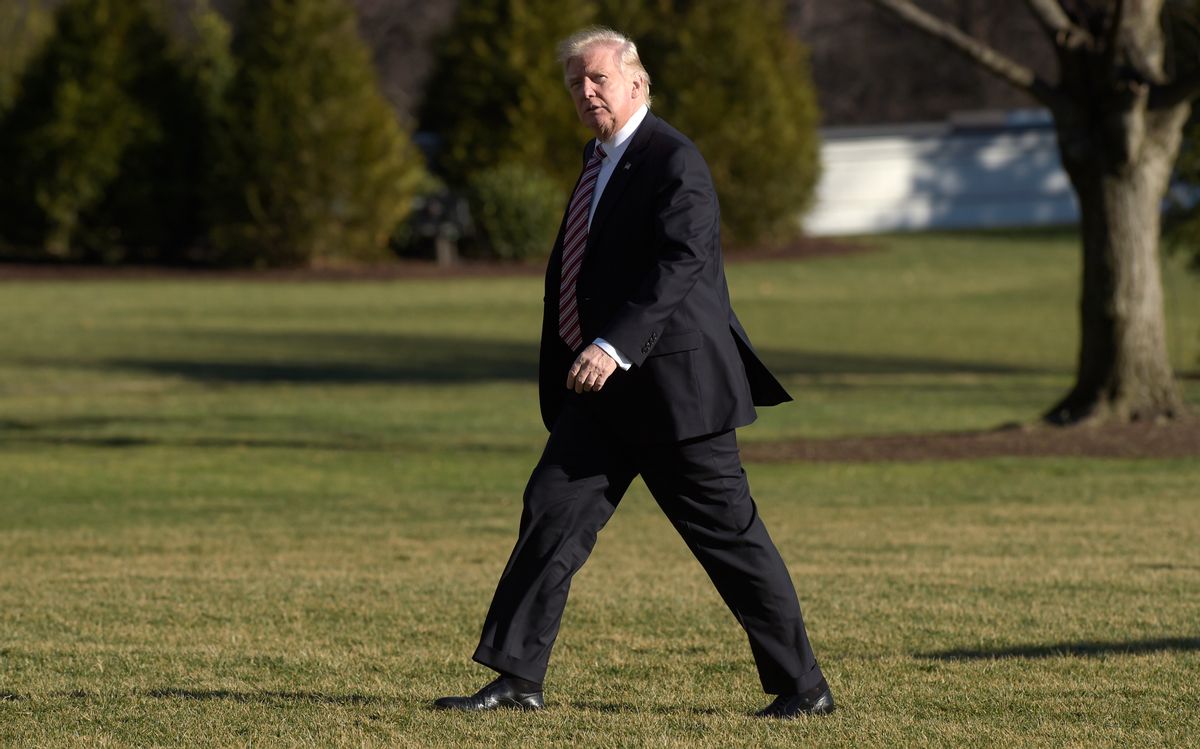 President Donald Trump walks on the South Lawn of the White House in Washington, Thursday, Jan. 26, 2017, after returning from a trip to Philadelphia. ((AP Photo/Susan Walsh))
--

President Donald Trump is going to face a formidable opponent in the American Civil Liberties Union.

The new president, only one week into his term, has already begun implementing a lot of policies that the ACLU believes thwart Americans' civil liberties. These range from his anti-Muslim policies and reinstating the CIA's infamous "Black Sites" for terror suspects to withholding federal funds from "sanctuary cities" that protect undocumented immigrants.

Not surprisingly, the need to fight a multi-front war against the new administration has also impacted the ACLU's general attitude toward the new administration. This was perhaps best summed up by the cover of its magazine's newsletter, which contained a picture of President Trump and the prediction "See you in court" in large red letters.

"It's actually hard to identify an area where we're working that is not facing some threat from the incoming Trump administration," ACLU national legal director David Cole told NBC News. He later added, "The whole idea of the separation of powers is to ensure that each of the branches has a self-interest in checking each other. Judges tend to be establishment figures, whether they're on the left or the right. Donald Trump is not an establishment figure."

In a "7-Point Plan of Action" released by Executive Director Anthony D. Romero on the day before Trump's inauguration, the ACLU announced that it plans on filing Freedom of Information Act requests, defending journalists, pushing for protections of people's First, Fourth, Fifth, Eighth, and Fourteenth Amendment rights, and standing up for marginalized groups including women, Muslims, non-whites, and the LGBT community.

"The first rock in our slingshot is a Freedom of Information Act request asking several government agencies to turn over documents relating to President Trump's actual or potential conflicts of interest due to his business and family connections," Romero writes. "The American people deserve to know their president will govern in the best interest of the nation and not his self-interest."

This is consistent with the ACLU's public promise on the day after Trump defeated Hillary Clinton in the 2016 presidential election:

We will be eternally vigilant every single day of your presidency. And when you leave the Oval Office, we will do the same with your successor as we have done throughout our nearly 100 years of existence. The Constitution and the rule of law are stronger than any one person, and we will see to that. We will never waver.