President Trump's executive order on Muslims is a ban, no matter what Sean Spicer says 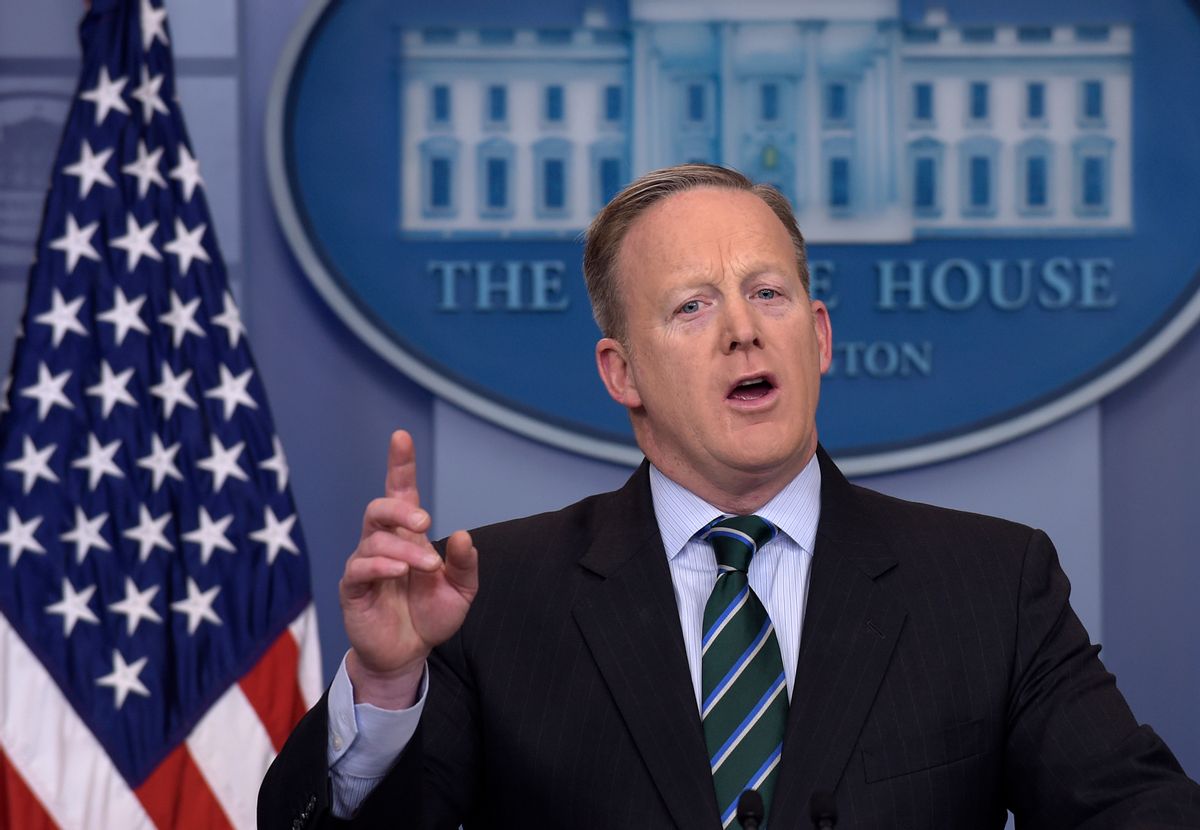 It is a fact that President Donald Trump issued an executive order on Friday banning Muslim immigration to the United States — and an "alternative fact" to claim that it isn't.

Although White House press secretary Sean Spicer insisted on Tuesday that Trump "has made it very clear that this is not a Muslim ban," CNN's Jake Tapper played a clip of Spicer using the term "ban" during a Sunday interview with ABC.

"It is a 90 day ban to ensure that we have further vetting restrictions so that we know who's coming to this country," Spicer had said.

Tapper also pointed out that Spicer referred to Trump's policy as a "ban" during an event at George Washington University on Monday.

"The ban deals with seven countries that the Obama administration had previously identified as needing further travel restrictions," Spicer had said. Spicer's claim that Trump is merely following a policy started by then-President Barack Obama is also a debunked "alternative fact."

President Trump has also referred to his new policy as a ban, including as recently as this week.

If the ban were announced with a one week notice, the "bad" would rush into our country during that week. A lot of bad "dudes" out there!

Everybody is arguing whether or not it is a BAN. Call it what you want, it is about keeping bad people (with bad intentions) out of country!

In addition to the president's use of the term, Trump's close adviser Rudy Giuliani also admitted on "Fox & Friends" on Saturday that Trump had specifically asked him how he could legally implement a ban on Muslim immigration.

"I’ll tell you the whole history of it: When he first announced it, he said ‘Muslim ban,'" Giuliani said on Fox News. "He called me up, he said, ‘Put a commission together, show me the right way to do it legally.’"

Of course, Trump's call for a ban that explicitly targets Muslims was a staple of his campaign rhetoric during the 2016 presidential election. In December 2015, he issued a press release on his website with the title "Donald J. Trump Statement On Preventing Muslim Immigration." It's opening line was "Donald J. Trump is calling for a total and complete shutdown of Muslims entering the United States until our country's representatives can figure out what is going on."

Interestingly, on the same day that Trump signed his executive order banning Muslim immigration from seven majrority Muslim countries —Syria, Iran, Sudan, Libya, Somalia, Yemen and Iraq — he also told the Christian Broadcasting Network that "we are going to help" Christian refugees from countries like Syria where they are being persecuted. Although his immigration ban technically applies to Christian refugees as well, the only logical interpretation of his statement is that he was sympathetic to Christian refugees from these countries even as he only cursorily acknowledged that "everybody was persecuted, in all fairness." He also falsely claimed in that interview that "if you were a Muslim you could come in, but if you were a Christian, it was almost impossible."