First they came for the Muslims: Trump's next targets may include poor immigrants — and highly-paid ones 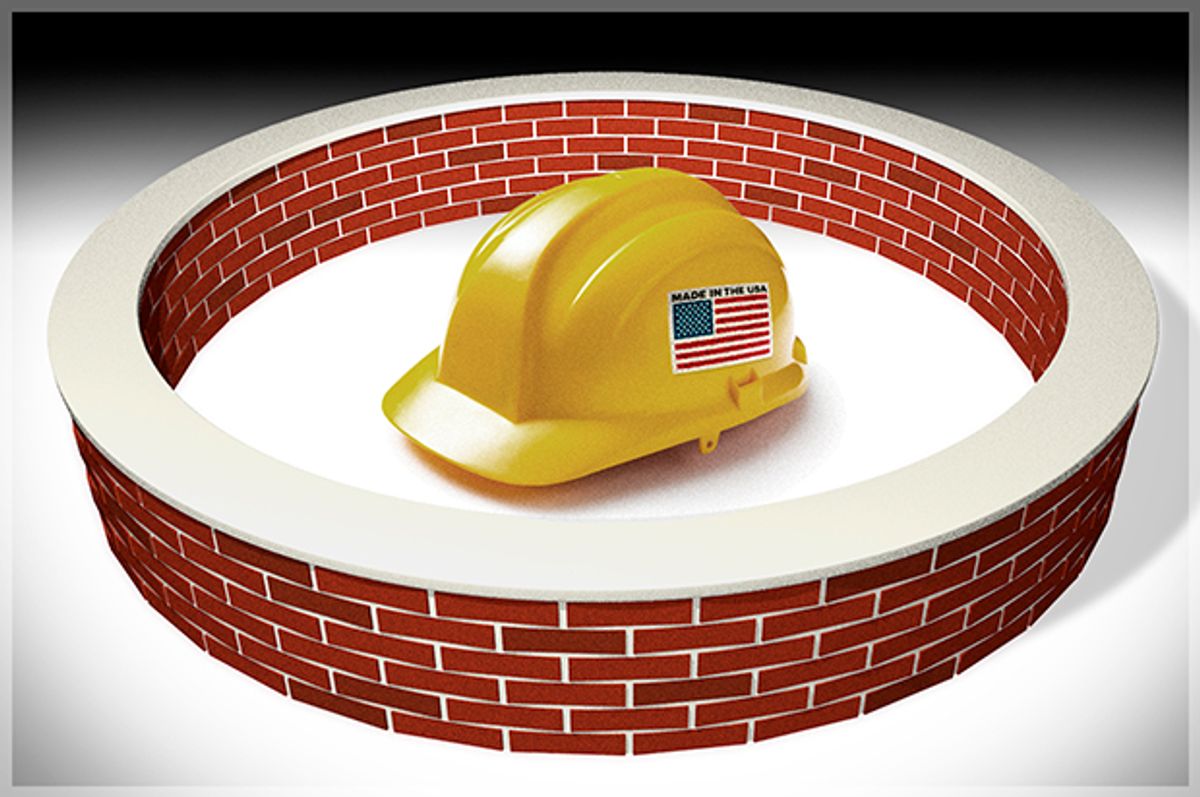 If you thought last Friday’s executive order restricting immigrant and refugee entry into the nation was harsh and overly broad, there is some bad news: That was only a warmup.

Over the last few days, drafts of two new executive orders on immigration have leaked out of the ever-more-aptly-named White House. These EOs, should Donald Trump sign them, would fundamentally change the way this nation treats immigrants in ways not seen in decades.

The Trump administration is considering a plan to weed out would-be immigrants who are likely to require public assistance, as well as to deport … immigrants already living in the United States who depend on taxpayer help.

This policy would be remarkable in its mean-spiritedness and its bald intention to whip up anti-immigrant fervor among native-born Americans. It is also wrong on the facts used to justify it. For example, the executive order claims that “households headed by aliens are much more likely than those headed by citizens to use Federal means-tested public benefits.” But nonimmigrant families are much more likely to use forms of public assistance like Medicaid and the Temporary Assistance for Needy Families program that provides cash benefits for food.

In other words, this order is based on a flat-out lie. That immigrant families are overrunning the nation, straining the social safety net to the breaking point, and sucking up more and more tax dollars from hard-working Americans is one of those right-wing talking points that stubbornly resists being dislodged. Now this falsehood has migrated from the fever swamps of right-wing media to the verge of national policy.

A second draft order under consideration calls for a substantial shake-up in the system through which the United States administers immigrant and nonimmigrant visas, with the aim of tightly controlling who enters the country and who can enter the workforce, and reducing the social services burden on U.S. taxpayers.

Don’t let that last part about “reducing the social services burden on U.S. taxpayers” fool you. This order appears aimed partly at foreigners in high-tech, medicine and other skilled and high-paying jobs. It is right out of the mind of Trump strategist Steve Bannon, who used to run the racist website Breitbart before lucking into his current job of setting back American racial progress by about 150 years.

Bannon has long decried high-skilled foreigners who work in America, having gone so far as to claim – falsely – that two-thirds of Silicon Valley CEOs are from overseas, and indicating that such overseas nationals are in some unspecified way degrading America’s “civic society” through the mere fact of their presence and their success.

With the GOP dependent on an ever-shrinking base of white people who will become a minority population in America sometime around 2045, the white nationalists who have conquered the party have given into the same racial paranoia that animated supporters of the Chinese Exclusion Act of 1882. But what the White House is doing is more than just trying to clear the electoral field for the Republican Party for the next couple of decades. Add these executive orders to the administration’s focus on singling out and preventing Muslims from entering the country, and it is clear that the Trump White House is intent on booting out as many nonwhite people as possible, for their insufficient Americanness. Then the (white) natives can prosper, taking back the jobs now held by immigrants while holding onto their own tax dollars that no longer have to go towards the allegedly overgenerous social safety net.

The policy written into these executive orders is a product of the same terror of the dusky and un-American hordes that permeates the worldview of Bannon and fellow Trump aide Stephen Miller, author of some of the president’s most dystopian speeches depicting America as a failing country driven into chaos and bloodshed by inner-city African-American gangs and Latino drug lords pouring over the southern border. That these two white nationalists are implementing policies completely at odds with America’s hard-won reputation for openness to immigrants is a national shame, one that will leave a stain on our country long after Trump leaves office.