Islam and hospitality: US doctor back from Sudan shares his experience 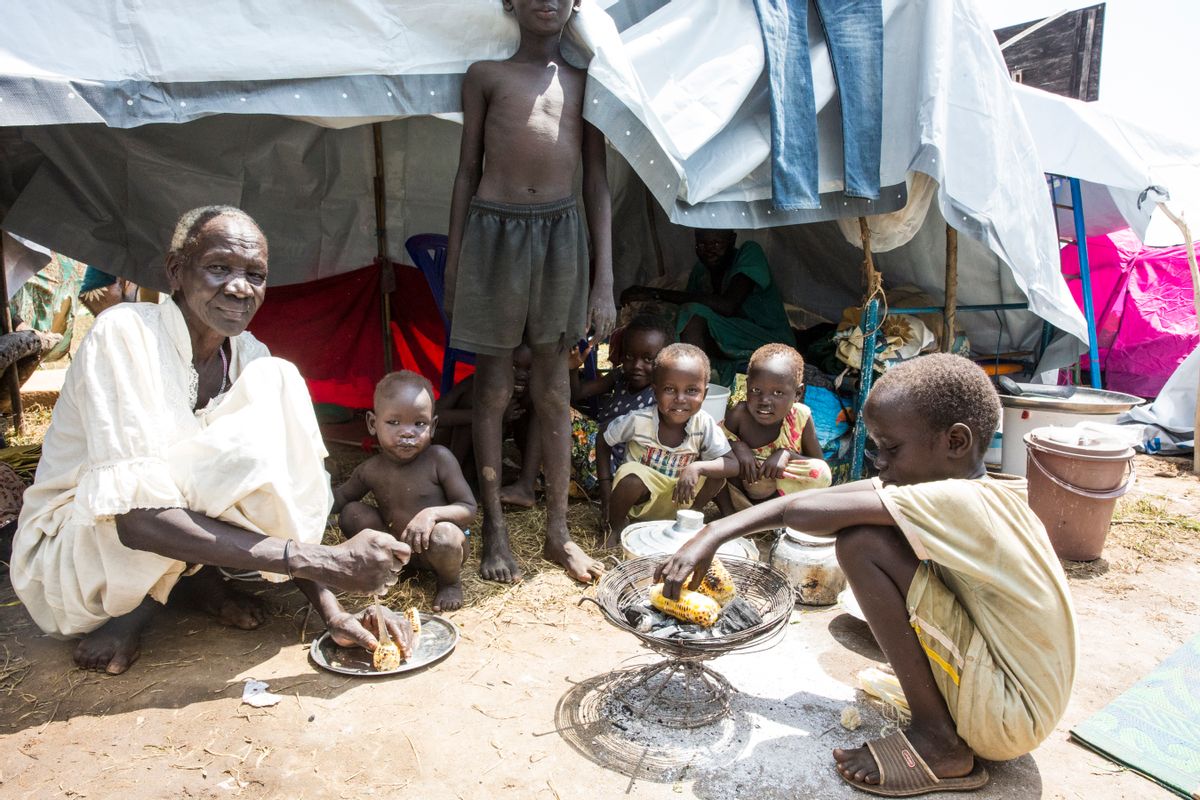 In this photo released by the United Nations Mission in South Sudan (UNMISS), children wait to be served with roasted maize in a refugee camp Juba, South Sudan Friday July 22, 2016 . The United Nations refugee agency says thousands of people continue to flee South Sudan over violence between armed groups in the country, stretching the capacity of humanitarian efforts to look after the refugees. () (Isaac Billy UNMISS via AP)
--

Having returned this month from Sudan, one of the countries affected by the ban, I wish to share my own firsthand experience of Islam – not Islamic extremists or Islamic terrorists, but Islamic hosts. As I have learned, hospitality and generosity are traits that receive considerable attention in both Islamic culture and the holy book of Islam, the Quran.

My visit to Sudan had several purposes. As a physician and radiologist, I was there to help them improve Sudanese doctors’ use of medical imaging in the care of patients. As a university faculty member, I intended to offer insights into how to improve medical education and higher education. And my visit also aimed to help raise funds for the care of the needy, a purpose to which I will return later.

Many Americans might be surprised to learn that one of the figures mentioned most frequently (69 times) in the Quran is Abraham, the Old Testament patriarch. Only Jesus and Moses are mentioned more frequently. And one of Islamic culture’s most often repeated stories about Abraham is how graciously he received the strangers who visited him, to whom he offered the very best he had.

Of course, it is after Abraham extends the hand of hospitality to his visitors that he and his wife Sarah learn that they are to have a child, despite the fact that both are far beyond the age of childbearing. This powerful scriptural testimony to the generativity of hospitality is relished by all three of the world’s Abrahamic faiths: Judaism, Christianity and Islam.

Elsewhere, Al-Ghazali says of the prophet Muhammad, “He used to honor his guests; he even spread his garment for a non-relative to sit on it. He used to offer his guest his own cushion. No one came to him as a guest but thought that he was the most generous of people.” Scholar Mona Siddiqui has recently written a whole book on the importance of hospitality in the Islamic tradition.

As a visitor from a far-off land and an adherent of another faith, my own experiences in Sudan attested to the importance of hospitality in the Islamic tradition. Even people who were clearly in need went out of their way to make me as their guest feel comfortable, providing their best food and drink and offering their home as a place to stay.

I had the sense that my Muslim hosts saw hospitality not as a duty they were required to comply with but as an opportunity to shine at something that they cared deeply about. Hearing that a guest would soon arrive, a disabled, older woman promptly began sweeping the dirt floors of her dwelling, roused to vigor by the prospect of hosting a guest.

I had many occasions to offer words of encouragement and praise to the Sudanese people I met, but none brought a broader smile to their faces than my words of thanks for their adeptness at making a visitor feeling welcome. When I expressed surprise at their satisfaction in this, one of my hosts said, “There is nothing you can say that would mean more to Muslims than praise for their hospitality.”

The faith of Islam is full of stories of generosity. Sadaqa, an Arabic word that could be translated as generosity, also means truthfulness, as in fidelity to the creator. The notion that we should give freely of what we have received from God is central to the Islamic faith. In addition to gifts of money and food, sadaqa can take the form of a simple act of appreciation or encouragement.

I saw this demonstrated firsthand while I was in Khartoum, the capital of Sudan. One day during a visit to the hospital of the University of Khartoum, I was stunned to discover that the hospital had only one 15-year-old CT scanner, which had been inoperable for the past 18 months. For a U.S. physician, it is nearly impossible to imagine operating a hospital without a CT scanner. When we need to know if a patient has a pulmonary embolism, one of the most common preventable causes of in-hospital death, we perform a CT scan. When we need to know if a patient is suffering from appendicitis, the most common cause of emergency abdominal surgery, we do a CT scan.

It turned out that funds to repair the machine were simply unavailable. In fact, the room that housed the CT scanner was being used to perform ultrasound scans, so that at least the space would not go to waste. Back in the States, if the CT scanner at my hospital in Indianapolis went down for just 18 hours, it would be regarded as a crisis.

So we resolved to take action. On the last night of my visit to Sudan, a fundraising event – the first of its kind, I am told – was held for the radiology department at the university hospital. In attendance were some of the most powerful and wealthy individuals in Sudanese society. The purpose was to raise money to buy a new CT scanner.

As the keynote speaker, I had the opportunity to describe how CT was invented by the British engineer Godfrey Hounsfield, who worked at EMI, the company that held the Beatles’ recording contract, and thus could afford to bankroll Hounsfield’s foray into medical imaging. I shared with them that CT scanning is the most important medical innovation in the past 50 years. Hounsfield shared the Nobel Prize for Physiology or Medicine with Allan Cormack in 1979 for their invention to the CT scan.

To understand what happened next, it is important to know that the per capita GDP of Sudan averages 14 percent of the world average or US$1,800, a figure that for the U.S. stands at $53,000. Yet within 24 hours of the fundraising event, a total of $350,000 had been raised, a huge outpouring of generosity that will make it possible to restore CT scanning to the patients at the university hospital.

The lessons of Sudan

My experiences in Sudan led me to think that hospitality and generosity are far more characteristic of the Islamic faith than extremism and terrorism. It also evokes in me a deep longing for traits that many consider the best of America’s – the very same virtues of making a guest feel welcome and giving to those in need that have earned the U.S. respect and affection around the world.

I do not know much about worldwide terrorist threats and I have no access to government intelligence on same. I do know, however, what real hospitality and generosity look like, and I am very grateful to have received a refresher course through the graciousness of my Sudanese hosts.