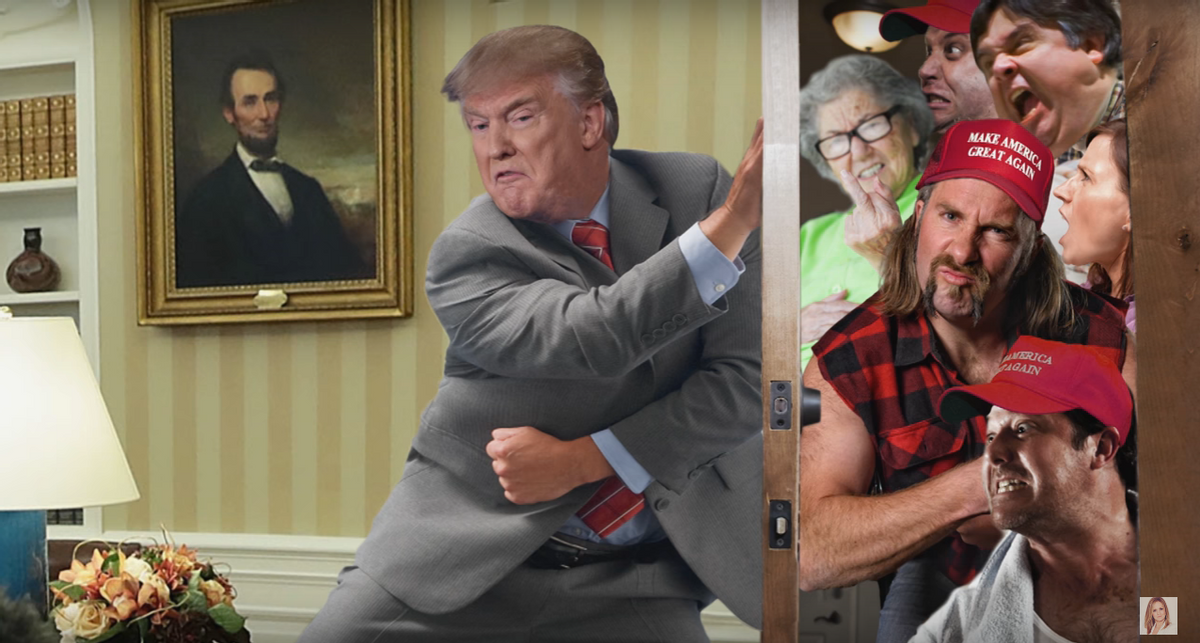 After educating her audience on President Donald Trump's manic fixation with loyalty and betrayal, "Full Frontal" host Samantha Bee suggested that America will one day need a protest movement to defend the country. Bee said her lack of confidence in attorney general nominee Sen. Jeff Sessions was a factor in her despair.

"I am not so sure we can count on the DOJ to push back against Trump, which means it's up to us. But bad news, as soon as you lace up your marching shoes, you made the enemies list too," she said.

Bee pointed out that President Trump has already attacked the protest movement on Twitter:

Where was all the outrage from Democrats and the opposition party (the media) when our jobs were fleeing our country?

Bee had the perfect answer to Trump's rhetorical question:

"I know, I know. Zucotti Park! It is right down the street from you. I get it. You probably didn't stop by because they would make you wave your tiny hands around," Bee said.

The former "Daily Show" correspondent said that Trump and his supporters should underestimate the people who are resisting him.

"Liberals snowflakes are multitaskers. They can make a nuisance of themselves over white jobs and brown refugees. So please Trump supporters, stop screen-tweeting that liberals are choosing foreigners over Americans," Bee said. "Protestors are not your enemy. I promise if our tantrum-prone tyrant ever locks you out of America, they will march for you to. Maybe reluctantly, but they will do it. And a lot of American Muslims will too."