President Trump once again says he has no connections to Russia or Putin, negating what he's said about them before

The president is denying things that he's said [Updated] 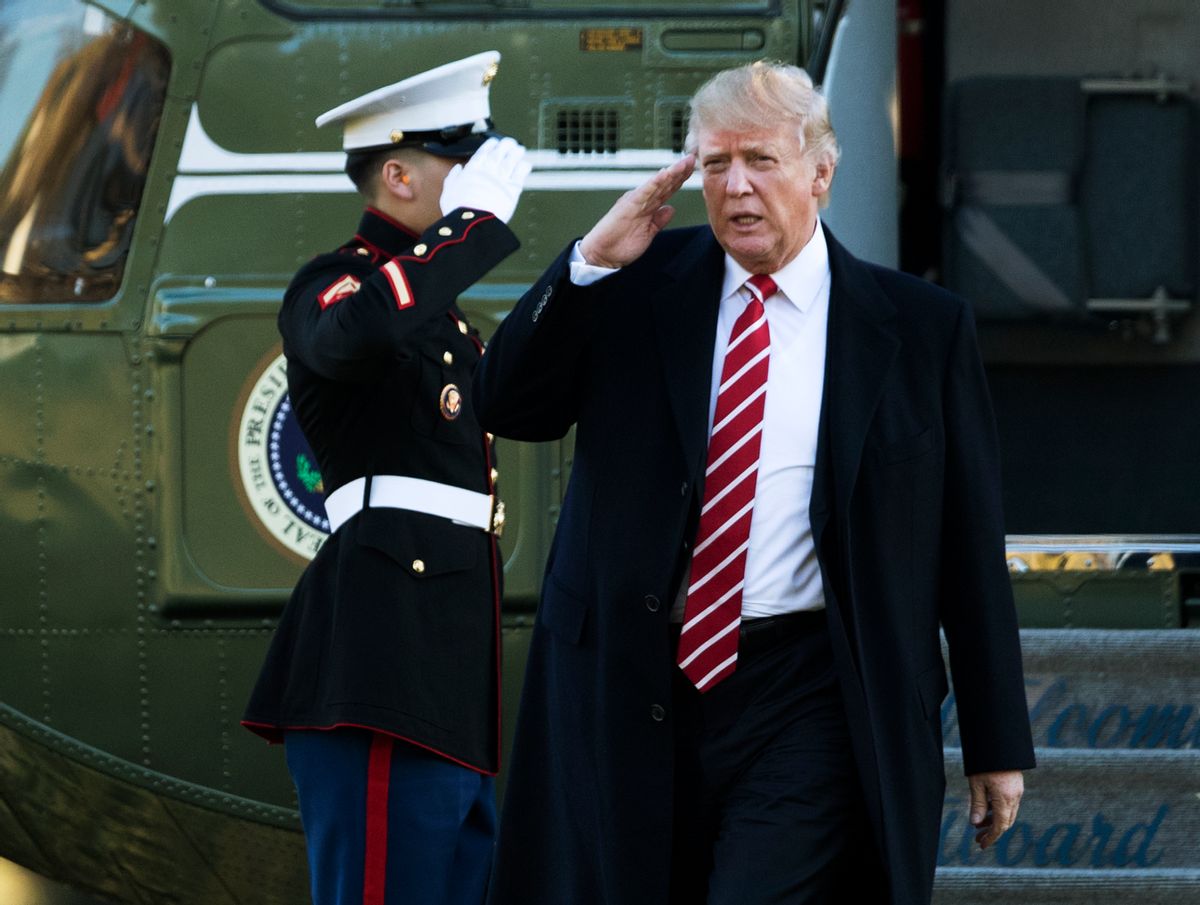 President Donald Trump took to Twitter on Tuesday morning to claim that he has no connections with Russia, which quite simply isn't true.

I don't know Putin, have no deals in Russia, and the haters are going crazy - yet Obama can make a deal with Iran, #1 in terror, no problem!

Trump's relationship with Russia can be traced at least as far back as when he began turning to that nation's financiers after American banks stopped lending him money due to his numerous failed business ventures. These included a partnership with a company backed by Russian and Kazakhstani money known as the Bayrock Group, which helped him develop properties in Florida and New York, and a decision to sell one of his Palm Beach mansions to Russian billionaire Dmitry Rybolovlev. In addition to getting Russian funds for projects in this country, Trump has had quite a few business ventures in Russia itself, including a Trump Tower in Moscow, a Miss Universe pageant in Moscow, Trump Vodka, and at least eight trademarks in Russia between 1996 and 2008.

This may explain why Donald Trump Jr. admitted in 2008 that "in terms of high-end product influx into the U.S., Russians make up a pretty disproportionate cross-section of a lot of our assets; say in Dubai, and certainly with our project in SoHo and anywhere in New York. We see a lot of money pouring in from Russia."

Trump's son's comments aren't nearly as damning as remarks made by his father in 2013 and 2015. The president admitted in 2013, "I do have a relationship [with Putin], and I can tell you that he’s very interested in what we’re doing here today." In 2015, he bragged, "I had the Miss Universe pageant, believe it or not, in Moscow two years ago. I got many of the Russian leaders, the top people in Russia, honestly . . . These are people, they are looking to do things."

This doesn't even scratch the surface of the past and present Trump aides with connections to Russia, including former campaign manager Paul Manafort, national security adviser Michael Flynn, and secretary of state Rex Tillerson. That said, it has been difficult to ascertain the true  nature of the president's relationship with Russia due to his opacity and habit of giving conflicting stories.

"Neither Trump nor his businesses has ever been visible in Russia apart from the brief spell of the Miss Universe Contest," said Professor Timothy Frye, the Marshall D. Shulman Professor of Post-Soviet Foreign Policy and Chair of the Department of Political Science at Columbia University, in an email interview with Salon. "His claims to 'have a relationship' with Putin in 2013 seem to be rooted in fantasy. More concerning is money coming from Russia into Mr. Trump's businesses in 2008 as a source of financial entanglement. Without more information about Mr. Trump's finances, these concerns will continue."

WATCH: Trump claims 'no relationship' with Putin . . . Here's what Trump has actually said in the past. https://t.co/uBPWh2iDar