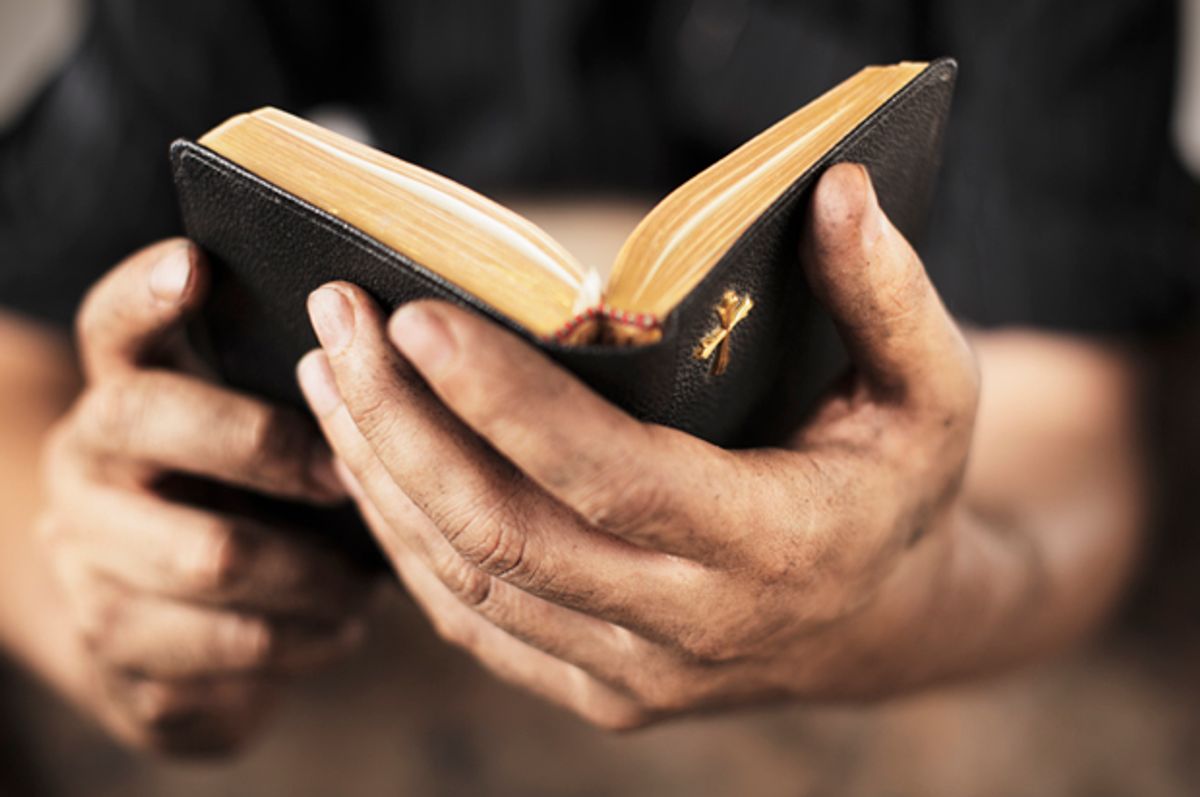 A Bible class that has been taught in the public schools of Mercer County, West Virginia may be coming to an end.

The Freedom From Religion Foundation filed a joint lawsuit with an anonymous plaintiff last month to stop "Bible indoctrination classes" that, although allegedly popular within Mercer County, seem to be teaching students to look down on individuals who don't subscribe to the beliefs of the Christian Bible. As one 8-year-old girl told CBS News about a fellow student whose father didn't want her attending the weekly seminar, "I think that that’s bad. She needs to go to Bible class."

In a statement to the press, county Superintendent Dr. Deborah Akers said "the Bible is worthy of study for its literary and historic qualities. To that end we have had a Bible Curriculum, in some form, in Mercer County Schools Since 1939." The statement added that the county is "complying with all applicable laws" and that it is "reviewing guidelines that are endorsed by Anti-Defamation League, American Federation of Teachers, and National Bible Association to determine if there are any opportunities to improve our curriculum."

Although Dr. Akers refused to answer any questions not addressed in her statement when speaking with Salon, she did admit that "I don't know who's responsible" for the lawsuit. She added, "It's an independent, anonymous individual."

It remains to be seen if President Trump will intervene in this issue. He didn't hesitate to pander to Christian paranoia during his presidential campaign, declaring during a 2015 campaign rally that "if I become president, we’re all going to be saying Merry Christmas again, that I can tell you. That I can tell you."

At the same time, any intervention by the Trump administration could embroil them in further controversy at a time when they certainly don't need it.

"Believing with you that religion is a matter which lies solely between Man & his God, that he owes account to none other for his faith or his worship, that the legitimate powers of government reach actions only, & not opinions," wrote President Thomas Jefferson in an 1802 letter that summed up his views on the proper relationship between the government and religious groups. "I contemplate with sovereign reverence that act of the whole American people which declared that their legislature should 'make no law respecting an establishment of religion, or prohibiting the free exercise thereof,' thus building a wall of separation between Church & State."