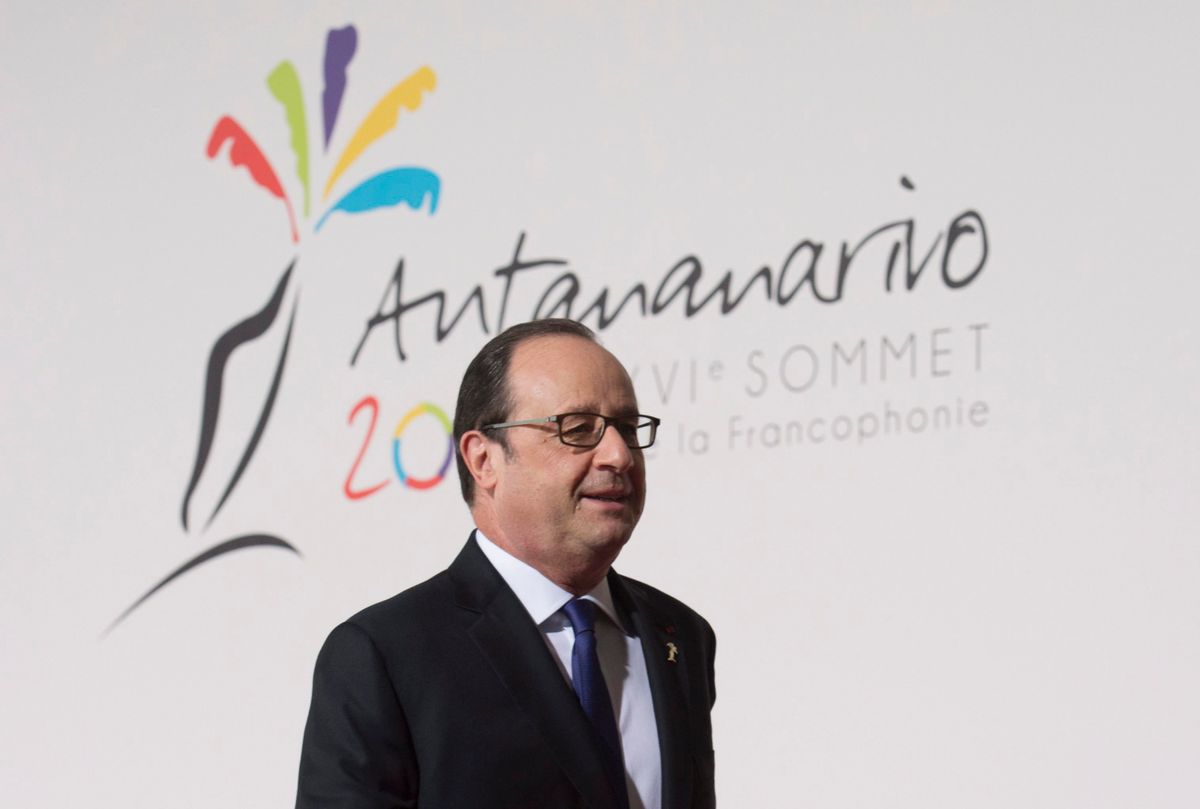 President Donald Trump has had another disastrous phone call with a foreign leader — this time France's President Francois Hollande.

Trump declared that the United States "wants its money back" from NATO and complained that China was taking advantage of Americans during the Jan. 28 phone call, according to an anonymous official who told Politico on Wednesday.

"It was a difficult conversation, because he talks like he’s speaking publicly," the official told Politico. "It's not the usual way heads of state speak to each other. He speaks with slogans and the conversation was not completely organized."

The conversation did apparently broach a subject of mutual concern to both countries — fighting ISIS — but it seems that Trump's rants about NATO and China overshadowed the other topics.

This isn't the first time that Trump has come under fire for less-than-diplomatic phone calls with America's allies. The president is alleged to have threatened to send American troops into Mexico during a conversation with President Enrique Peña Nieto. "You have a bunch of bad hombres down there," Trump allegedly told Peña Nieto. "You aren’t doing enough to stop them. I think your military is scared. Our military isn’t, so I just might send them down to take care of it."

Similarly, Trump is believed to have hung up on Australian Prime Minister Malcolm Turnbull during one of their phone conversations. (The White House has denied this.) After Turnbull mentioned an agreement from Barack Obama's administration that America would accept 1,250 refugees from an Australian detention center, Trump allegedly complained that "this is the worst deal ever" and that he would "get killed" politically if he accepted the refugees. Trump reportedly claimed Turnbull tried to send the "next Boston bombers" to the United States.

By contrast, one foreign leader who apparently held her own against Trump was German Chancellor Angela Merkel. In a statement about one of her calls with Trump, Merkel spokesman Steffen Seibert said that "the chancellor regrets the US government’s entry ban against refugees and the citizens of certain countries. She is convinced that the necessary, decisive battle against terrorism does not justify a general suspicion against people of a certain origin or a certain religion." He added that Merkel "explained this policy in their call yesterday."