What if both Rahm Emanuel and Bernie Sanders are right about what ails the Democrats? 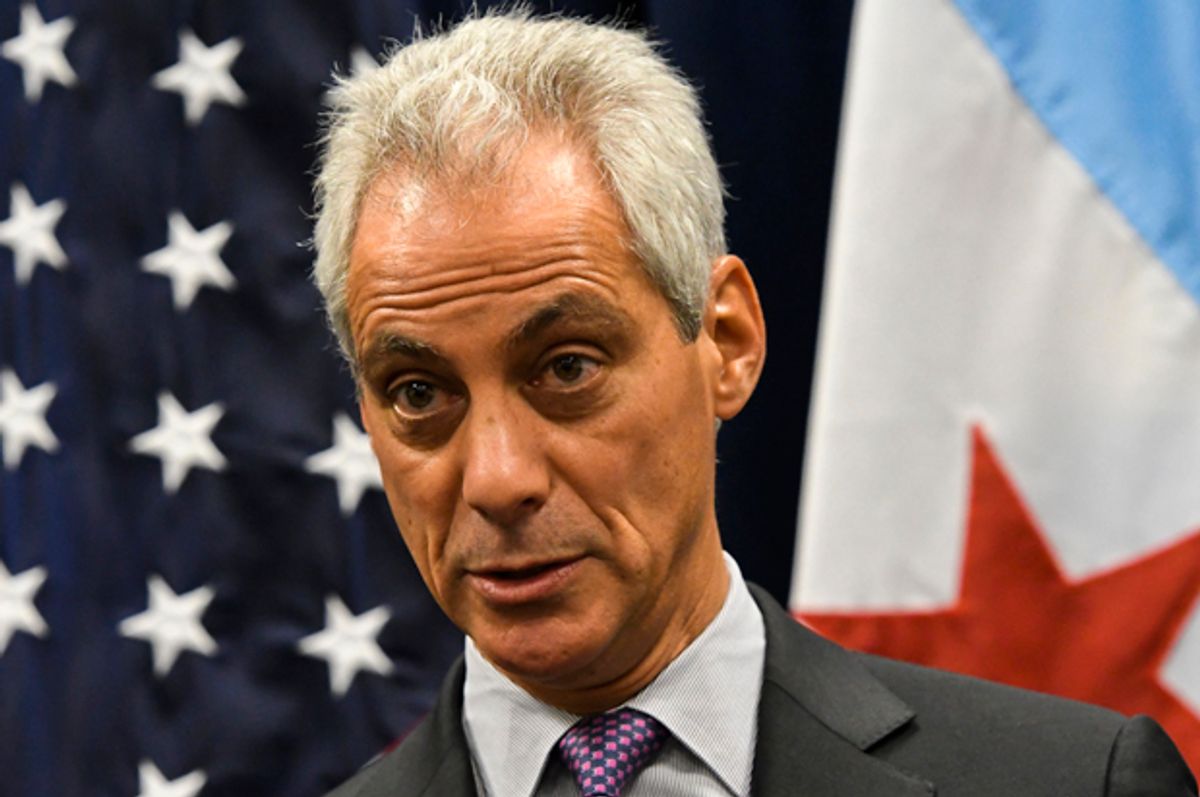 Chicago mayor and Democratic political veteran Rahm Emanuel joined his party’s public soul-searching with a Monday speech in which he criticized fellow Dems for being more concerned about purity than about actually winning elections.

"Winning's everything," he said in an address at Stanford University’s school of business, as reported by the Chicago Sun-Times. "If you don't win, you can't make the public policy. I say that because it is hard for people in our party to accept that principle. Sometimes, you've just got to win, OK? Our party likes to be right, even if they lose."

Long a bête noire of leftists and progressives, Emanuel defended his tenure leading the Democratic Congressional Campaign Committee, when he recruited a number of more centrist and hawkish candidates to stand for elections in Republican-leaning states, especially in the South and Midwest.

Liberal activists simply don’t understand that their views are not that popular outside a few major areas, the Chicago mayor argued. He noted that under his leadership, Democrats won significant victories in 2006 and 2008.

“I’ve never lost an election,” he argued. “Our party likes to be right, even if they lose. I don’t go to moral victory speeches. I can’t stand them.”

While it might be tempting for Democrats to pursue all-out opposition to President Donald Trump’s agenda in Congress, in hopes of rallying a victory in 2018, Emanuel argued that his party must have realistic expectations of what is possible:

It took us a long time to get this low. It ain’t gonna happen in 2018. Take a chill pill, man. You’ve got to be in this for the long haul. And if you think it’s gonna be a quick turnaround like that, it’s not. . . . You’re gonna have a success here and a success here, and then you’ll build a critical mass. But it’s worth fighting for. And I think this country is worth fighting for.

While tough talk about pragmatism isn’t likely to endear Barack Obama's famously cold-blooded former chief of staff to progressive activists, at least one thing Emanuel said in his Stanford address struck a similar note to comments made by Bernie Sanders, the 2016 insurgent candidate who came close to defeating Hillary Clinton before Trump did.

Speaking up about why he thinks Clinton lost the election, the veteran Vermont senator and self-described socialist argued that Democrats have become too focused on identity politics and not enough on economic issues.

In his own way, Emanuel touched on the same idea while defending his selection of more culturally conservative or centrist Democrats. “I wanted to take cultural issues off the table and I wanted to present economic issues,” he said.

Emanuel's advice for the party also overlaps a bit with the strategy that Sanders and Senate Democrats have pursued since Trump's election: trying to split the new president from Democratic-leaning voters who switched sides under the assumption that he was different than the typical pro-business Republican. Instead of fighting one another, Emanuel argued, Democrats should be trying to encourage GOP infighting.

“Whenever there’s a disagreement among Republicans, I’m for one of those disagreements. I’m all for it,” he said. “The president wants Russia? I’m with John McCain and Lindsey Graham. I’m for NATO. Why? Wedge. Schisms have to be wedges.”

Responding to his mayor’s speech, Chicago Tribune columnist Eric Zorn argued that Democrats should learn a different lesson from Republicans: That hard-nosed opposition to a president can lead to great results, as in the historic gains the GOP made in state and local elections after Obama took office in 2009.

Did the party faithful "go slow . . . real slow," in planning its revival, as Emanuel advised Democrats on Monday?

Did they heed Emanuel's counsel to find moderate challengers "to take cultural issues off the table" and attract middle-of-the-road voters in swing districts?

Did they resign themselves to remaining a hopeful minority through Obama's entire first term?

They took their pep pills and megadoses of caffeine, and they fought like hell. Up and down the ballot, all across the country, at tea party protests and raucous town halls, Republicans tried to block the Democrats and to make the case for their vision of America.

And just two years later they had their mojo back and quite a bit more.

In all likelihood, the way out of the political wilderness for Democrats will be to figure out a way to combine the best tactics of both Emanuel and Sanders. Despite all the brouhaha that's developed within the race to head up the Democratic National Committee, the two leading candidates in the race, Minnesota Rep. Keith Ellison and former labor secretary and civil rights attorney Tom Perez may actually be doing that.

As Mother Jones writer Tim Murphy noted at the end of his must-read profile of Ellison, the two men's views may not be as hugely different as some of their supporters might wish to believe:

"They aren't far apart politically, and their prescriptions for healing the party aren't too different either. When it comes to the DNC, their biggest difference may be that Ellison supports a ban on accepting money from lobbyists and Perez doesn't. (But Ellison says he won't press the issue if DNC members oppose it.)"

Figuring out how to synthesize the passionate advocacy for the 99 percent that Sanders and his wing evince with the political savvy of Emanuel's wing is the great task ahead for Democrats.