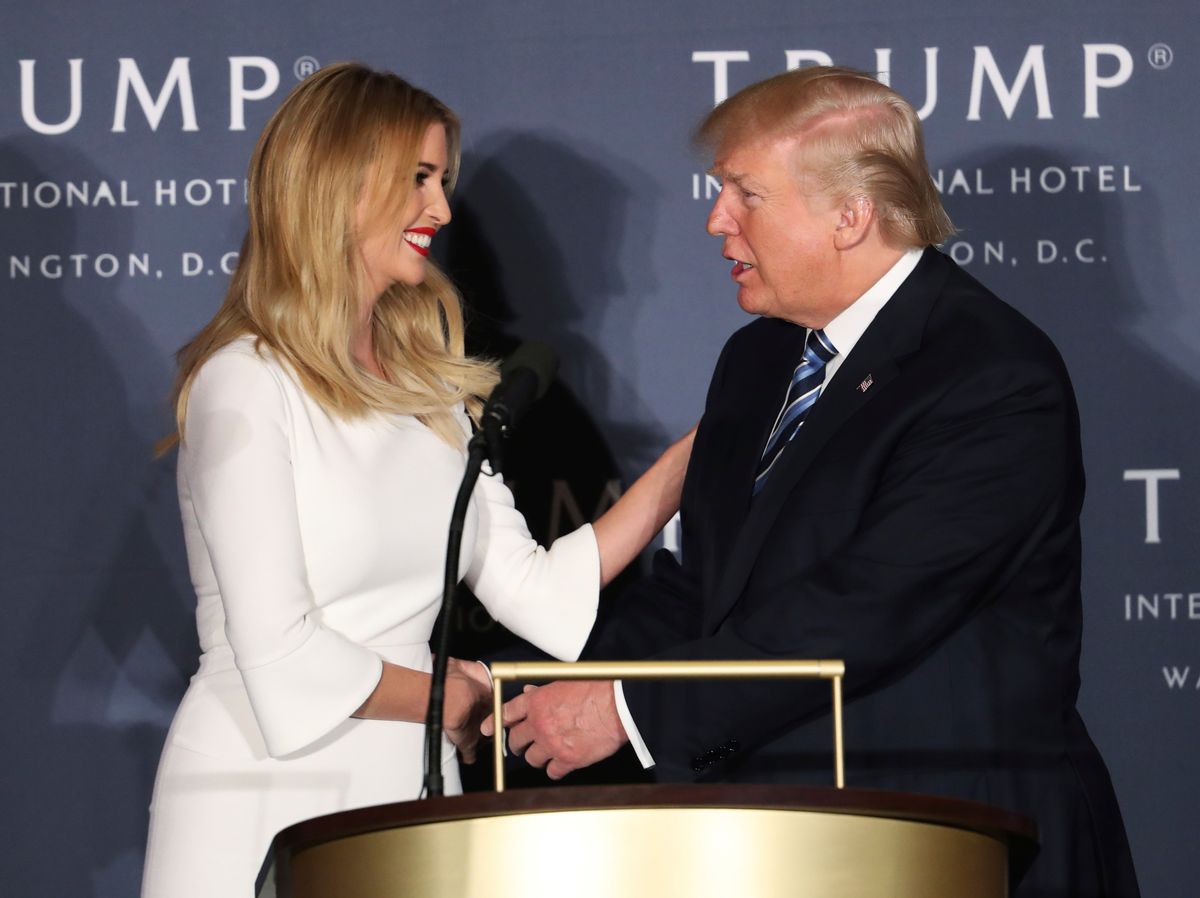 President Trump is setting aside the more important work of his presidency to focus on a spat that raises serious conflict of interest questions — namely, the fact that his daughter's fashion brand was dumped by Nordstrom's.

After taking to Twitter on Wednesday to complain that Ivanka Trump had been "treated so unfairly" by Nordstrom's when they decided to stop selling her products, Team Trump sent White House counsel Kellyanne Conway to "Fox & Friends" on Thursday morning. Conway encouraged Fox viewers — some of Trump's biggest fans — to help pad her bottom line.

Prior to Conway's appearance, Norm Eisen, the former ethics czar for President Barack Obama, said that the Trump team's determination to hawk Ivanka's products — and punish Nordstrom for no longer selling them was a violation of the law.

"This is a shot across the bow to everybody who is doing business with Trump or his family," Eisen told the Associated Press. "It's warning them: Don't withdraw their business." Government ethics expert Kathleen Clark, who is a law professor at Washington University in St. Louis, had a similar observation. "The implicit threat was that he will use whatever authority he has to retaliate against Nordstrom, or anyone who crosses his interest," Clark told the Associated Press.

Larry Noble, who is the general counsel of the Campaign Legal Center, believes that Conway's endorsement may have been illegal.