Trump on Twitter: Senator "lied" by reporting Gorsuch comments everyone confirmed were said 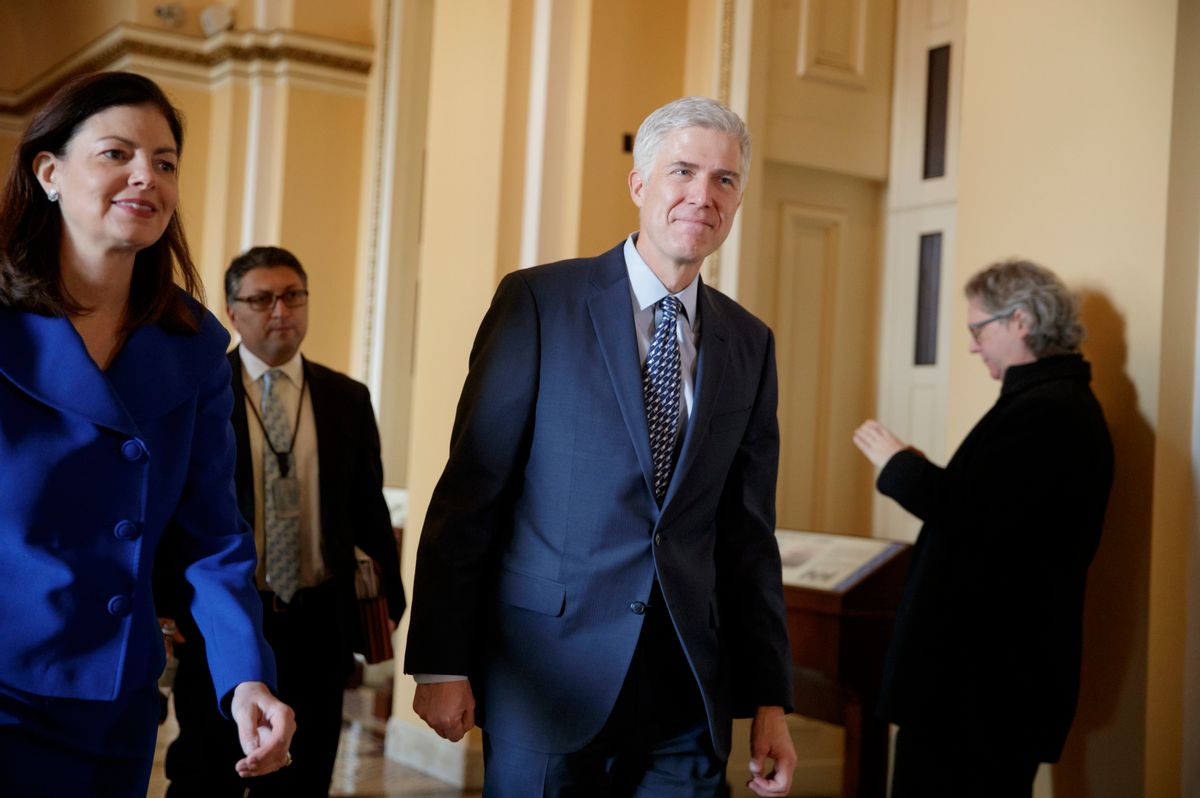 President Trump took to Twitter on Thursday morning to deny reports that his Supreme Court nominee, Neil Gorsuch, has criticized the president's hostility toward members of the judiciary.

Sen.Richard Blumenthal, who never fought in Vietnam when he said for years he had (major lie),now misrepresents what Judge Gorsuch told him?

Trump was referring to reports on Wednesday that Gorsuch had spoken against Trump's demeaning comments about various judges in a conversation with Connecticut Sen. Richard Blumenthal. "He said very specifically that they were demoralizing and disheartening and he characterized them very specifically that way," Blumenthal told CNN. "I said they were more than disheartening and I said to him that he has an obligation to make his views clear to the American people, so they understand how abhorrent or unacceptable President Trump's attacks on the judiciary are."

Blumenthal's story was later confirmed by Ron Bonjean, who is in charge of communications for Gorsuch's confirmation process.

Trump has a long history of attacking the judiciary. The incident that Gorsuch is referring to occurred last week, when Trump referred to Judge James Robart as a "so-called judge" after he issued a hold on the president's Muslim travel ban.

What is our country coming to when a judge can halt a Homeland Security travel ban and anyone, even with bad intentions, can come into U.S.?

Because the ban was lifted by a judge, many very bad and dangerous people may be pouring into our country. A terrible decision

Why aren't the lawyers looking at and using the Federal Court decision in Boston, which is at conflict with ridiculous lift ban decision?

The judge opens up our country to potential terrorists and others that do not have our best interests at heart. Bad people are very happy!

Just cannot believe a judge would put our country in such peril. If something happens blame him and court system. People pouring in. Bad!

I have instructed Homeland Security to check people coming into our country VERY CAREFULLY. The courts are making the job very difficult!

Trump also infamously attacked Judge Gonzalo Curiel in June, claiming that the judge could not impartially rule on a lawsuit against Trump University due to his Mexican heritage.