If Trump's national security adviser discussed revoking sanctions before taking office, it may have been illegal 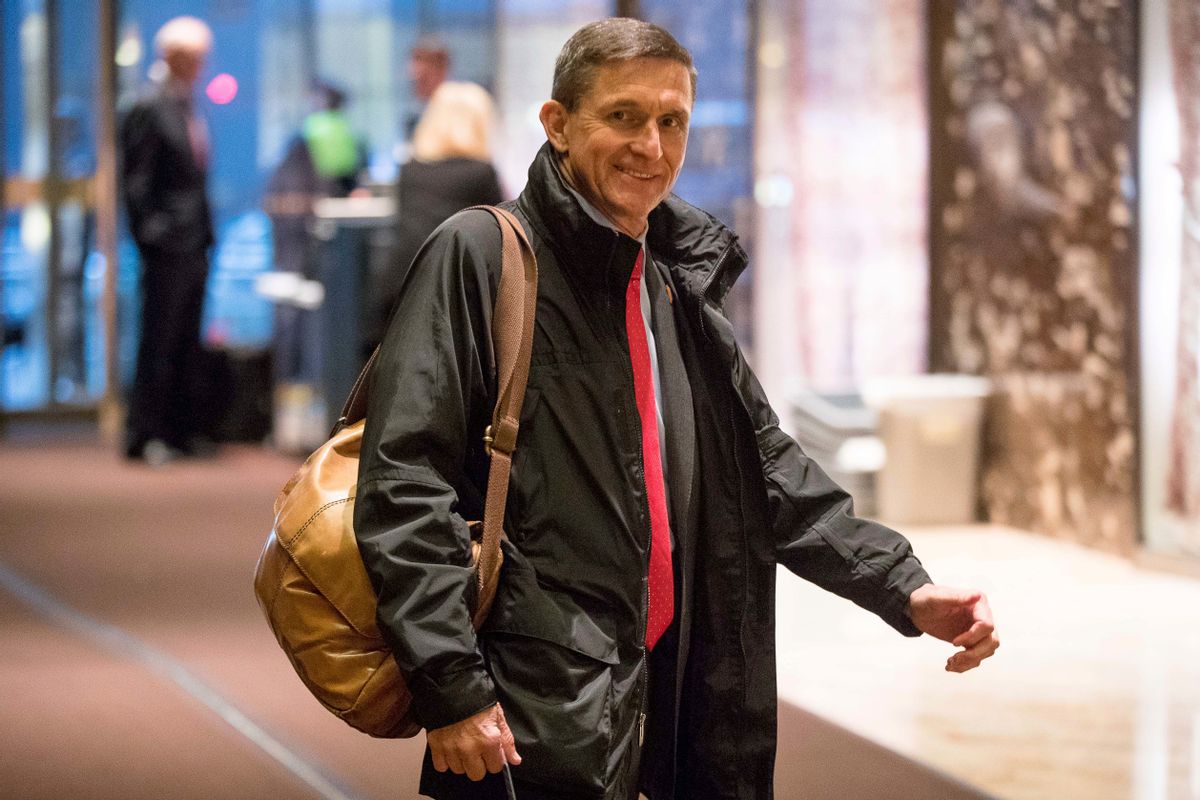 Prior to becoming President Trump's national security adviser, retired Lt. Gen. Michael T. Flynn reportedly had a private discussion with Russian Ambassador Sergey Kislyak about the sanctions imposed by President Barack Obama as punishment for that nation's supposed attempts to meddle in the 2016 presidential election.

A number of current and former American officials revealed that Flynn communicated with Kislyak about the nature of America's sanctions on Russia and potentially sent an illegal indication that they would be revoked once Trump took office, according to a Washington Post report. Although Flynn twice told The Post on Wednesday that he had not brought up the sanctions with Kislyak, a spokesman for Flynn backpedaled Thursday on that story. Now Flynn's claim is that while he "while he had no recollection of discussing sanctions, he couldn’t be certain that the topic never came up.”

A separate report indicates that one of the comments made by Flynn during the conversation was that Obama's impending sanctions, which at that point were unclear, could be undone and thus did not warrant retaliation, according to a report by The New York Times on Thursday. Because these types of conversations are always monitored, federal officials have expressed surprise that Flynn would openly make comments which could violate federal laws that bar private citizens from negotiating with foreign governments over disputes with the United States. They were also surprised that Flynn subsequently denied making those comments.

It was first announced last month that an investigation into Flynn's conversation with Kislyak would be investigated by the Central Intelligence Agency, Federal Bureau of Investigation, National Security Agency and Treasury Department. The conversation in question occurred on Dec. 29, the day when Obama first announced his punitive sanctions. For reasons that are still unclear, Putin decided not to retaliate against the United States but instead wait until Trump took office, a move that Trump subsequently praised on Twitter as "very smart."

Flynn's troubling relationship with Russia and the Putin regime precedes his Dec. 29 conversation. Before serving as Trump's national security adviser, Flynn had appeared on Russia's state-subsidized television network RT and sat near Putin at a major RT dinner.