President Trump is discovering that he can't really run the government like a business, and he doesn't like it: report

In Trump's world, he's in charge. But in the real world of the U.S. government, he's not as powerful as he thinks 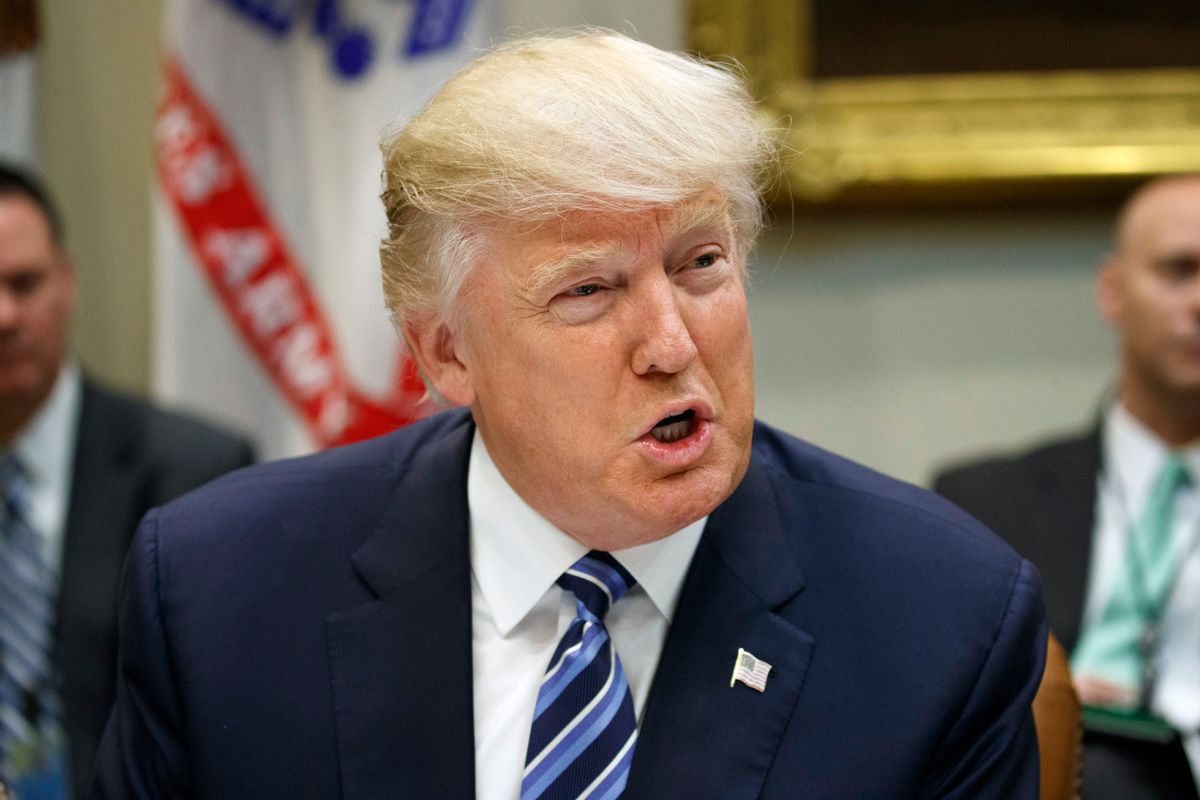 President Donald Trump is learning the hard way what his critics told him all along during the 2016 presidential election: It is a lot easier to run a business than to manage a government.

"In interviews, nearly two dozen people who’ve spent time with Trump in the three weeks since his inauguration said that his mood has careened between surprise and anger as he’s faced the predictable realities of governing, from congressional delays over his cabinet nominations and legal fights holding up his aggressive initiatives to staff in-fighting and leaks," according to a Politico report.

The report indicated that Trump has been frustrated by the ease with which Congress and the judiciary have been able to hinder his policy goals, whether it's appointing Cabinet officials to implementing his Muslim ban. He has developed a particular distrust toward members of the National Security Council, whom he believes are working against him.

Many staffers on the National Security Council, in turn, believe the president lacks the intelligence to understand complex policy problems, which he is inclined to lob off to advisers like Steve Bannon or Jared Kushner.

The president has also become infuriated at the constant leaks to the media and is trying to create a climate in the White House in which staffers are afraid to speak confidentially to the press. He is particularly incensed about leaks about his disastrous calls to foreign leaders from Russia, Mexico, France and Australia. Two people told Politico that they were troubled by the exhausted look of the staff, whose morale has been reported to be very low.

They may have sound reason for feeling this way, as Trump is reportedly anxious to start firing and replacing people as soon as it would be politically expedient to do so.

One staffer who has come under the gun from Trump is press secretary Sean Spicer. Trump has apparently tended to micromanage Spicer's press conference performances and often finds them unsatisfactory. The president was particularly bothered that Spicer was lampooned on "Saturday Night Live" by a female comedian, Melissa McCarthy, which Trump viewed as a sign of weakness.

Many in the White House are as dissatisfied with the character of their president as he is of Spicer's, perhaps even more so.