"There’s anti-Semitism in the White House": What made the Anne Frank Center get political on Twitter 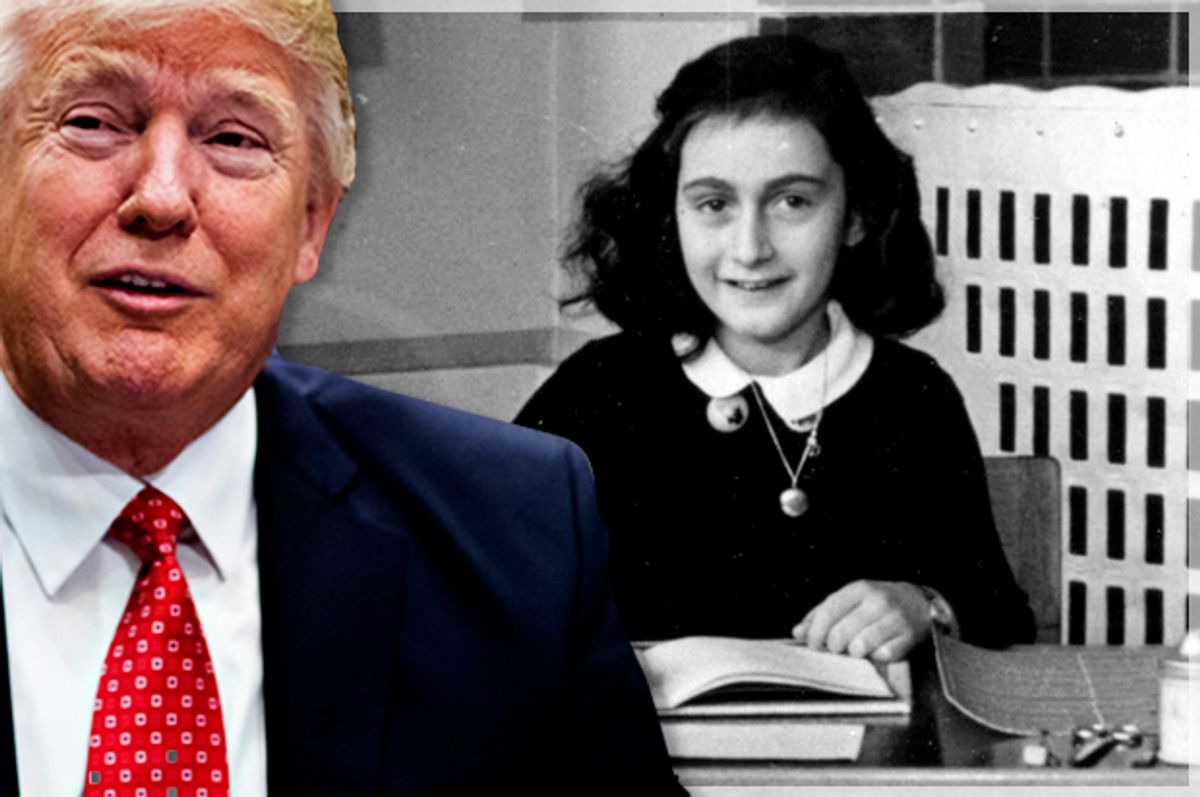 Last week, the Anne Frank Center for Mutual Respect used its Twitter account to bluntly call out President Trump for, in its words, promoting anti-Semitism. The reason, naturally, was that the administration released a statement for International Holocaust Remembrance Day that left out any reference to the Jewish people — a passive-aggressive denial of the explicitly Jewish character of the Holocaust that historian Deborah Lipstadt dubbed "softcore Holocaust denial."

The Twitter account is manned by Executive Director Steven Goldstein, a civil rights activist whose past work for Garden State Equality was covered in the 2015 movie "Freeheld" (in which he was played by Steve Carell).

"I’ve had it with the mealy mouthed establishment criticisms of Donald Trump," Goldstein told Salon. "Instead of organizations saying, 'We take issue with statements coming out of the White House insensitive to the Jewish community' – really, now, who the hell speaks like that in real life – why not just tell it like it is? There’s anti-Semitism in the White House."

Goldstein added: "When the Trump Administration refuses to mention Jews in a Holocaust remembrance statement, that’s Holocaust denial, and Holocaust denial is anti-Semitism. When the Trump Administration defends its anti-Semitic exclusion of Jews day after day without the president’s apology, that makes him guilty of anti-Semitism, too. And it doesn’t matter that his daughter is Jewish and married to Jared Kushner and that they’ve given the president Jewish grandchildren. What kind of defense is that? Donald Trump is still guilty of anti-Semitism."

"Steve Bannon is the most dangerous anti-Semitic threat to American Jewry of our time, with only Patrick Buchanan coming close — but not even Buchanan had this much influence in the White Houses he worked for," Goldstein told me, referring to the notorious speechwriter for Presidents Richard Nixon and Ronald Reagan who went on to run an anti-Semitic third-party campaign for the presidency in 2000. "And American Jewry must respond to Bannon with all the intensity that an anti-Semitic opponent deserves from us. It begins with applying the label he deserves. Steve Bannon is an anti-Semite. If it walks, talks and quacks like an anti-Semite, it’s an anti-Semite. And to say anything less softens the danger and is a grave disservice to the Jewish community."

That said, Goldstein was adamant that Jews can't simply protest anti-Semitism from the Trump era. It behooves them to speak out against all forms of bigotry and oppression.

"We don’t have a pecking order where we fight anti-Semitism first and then all other forms of discrimination second," Goldstein explained about the Anne Frank Center's mission. "We fight anti-Semitism with everything we’ve got, and we fight other forms of discrimination with everything we’ve got. Islamophobia is as grotesque to us as anti-Semitism. Evil is evil is evil. The ban on Muslim refugees is evil. The wall that targets Mexican immigrants is evil. The Jewish principle of Tikkun Olam requires us to view all prejudice as evil."