It was all about Trump being frustrated over criticisms 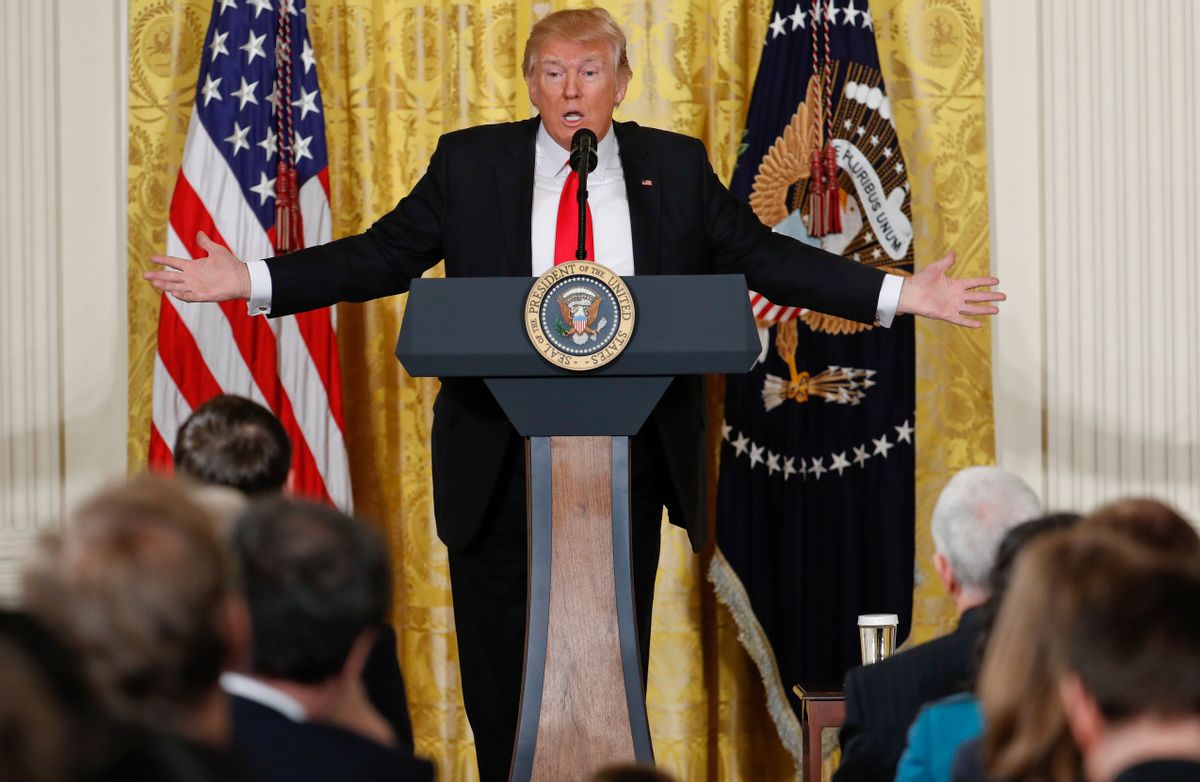 President Donald Trump's 77-minute press conference may have been quite a show, but the behind-the-scenes story seems to have been just as chaotic.

The president decided to hold the unexpected presser on Thursday morning, after venting to aides about what he feels is unfair media criticism and his own inability to speak his mind without restraints, according to a report by Politico. Trump spoke with counselor Kellyanne Conway, spokeswoman Hope Hicks, policy adviser Stephen Miller and chief of staff Reince Priebus before going to the podium.

Many of the concerns he brought up were ones that aides claim he had obsessed over for months. For instance, he complained that the media was not extensively covering the fact that Hillary Clinton received a debate question in advance during her primary campaign against Bernie Sanders.

Many of his advisers urged Trump to avoid directly confronting the media despite his belief that Sean Spicer's press conferences and Trump's own tweets weren't effectively making his case, according to The New York Times. Trump was particularly incensed at the constant stream of leaks that have damaged his image, as well as reports characterizing his administration as incompetent and riddled with scandal. Sources close to the president say that the press conference did help him feel better about himself.

While it remains to be seen whether this press conference will help Trump's sagging approval ratings, it doesn't seem to have had a positive effect on the political class.

"The president’s erratic showing seemed to leave much of official Washington alarmed and aghast and may not have convinced doubters that he can govern smoothly," writes The Washington Post.