"You've got to put someone somebody in charge," LePage told an AM radio station in Portland, Maine 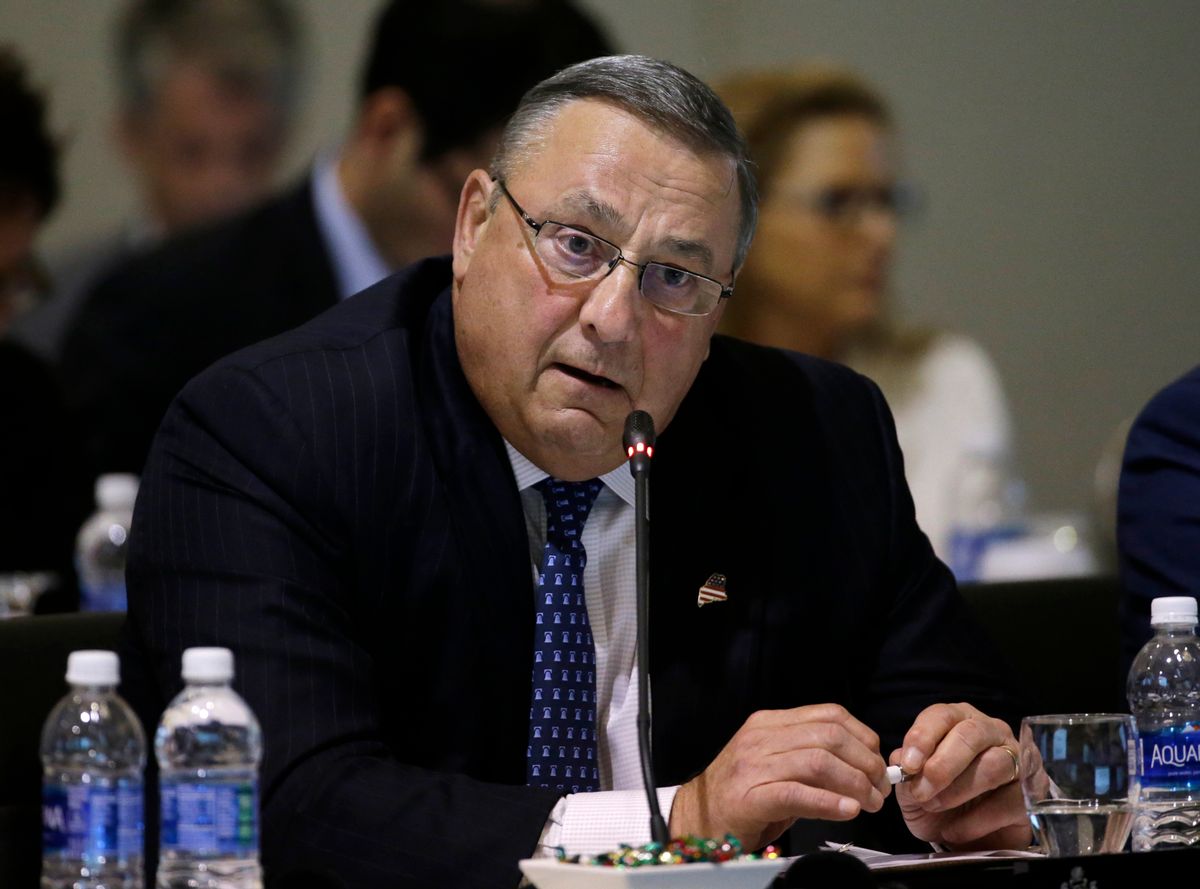 President Donald Trump is now on the receiving end of criticisms from a staunch conservative ally, a man with a reputation for controversial comments that almost parallels his own — Maine Gov. Paul LePage.

"The thing I'm sensing is that there's three or four chiefs at the top," LePage told WGAN, an AM radio station in Portland, Maine. "I would say this: You've got to put someone somebody in charge."

LePage added that the Trump administration has "too much competition. Everybody's fighting to be that No. 1 person. You're gonna have a lot of slip ups. I've met Donald Trump, I think he does promote some competition. He brings that business aspect to it. We got to tell him that the TV show's over and he's gotta move on now."

The Maine governor also had some kind words for chief of staff Reince Priebus, who has been attacked by members of the far right in the aftermath of the resignation of former national security adviser Michael Flynn.

"I think he needs — Reince Priebus and Pence, Vice President Pence — are good people and if he goes through Pence he's going to have somebody that he's very qualified, he understands the Congress, he understands how it works in Washington," LePage said. "He can help Donald Trump get his message out. He can be very, very helpful. I have great admiration for him. He's a great guy. I really believe that he's got the making of being a great president but he's got to have some structure in that White House."

LePage is perhaps best known nationally for his habit of making controversial comments. Last year he came under fire for claiming that heroin dealers with names like "D-Money, Smoothie, Shifty — these types of guys — they come from Connecticut and New York, they come up here, they sell their heroin, they go back home. Incidentally, half the time they impregnate a young white girl before they leave, which is a real sad thing because then we have another issue we have to deal with down the road."

On Thursday, LePage also claimed that his $70,000 a year salary as governor was so low, "I feel like a priest or a nun, you know. You go into poverty to serve the public."