"Play it loud on the radio": From Strand of Oaks, an ode to joy for grown-ups

"Hard Love," the new album from Strand of Oaks, is a rock ‘n’ roll masterpiece — and a genuine work of art 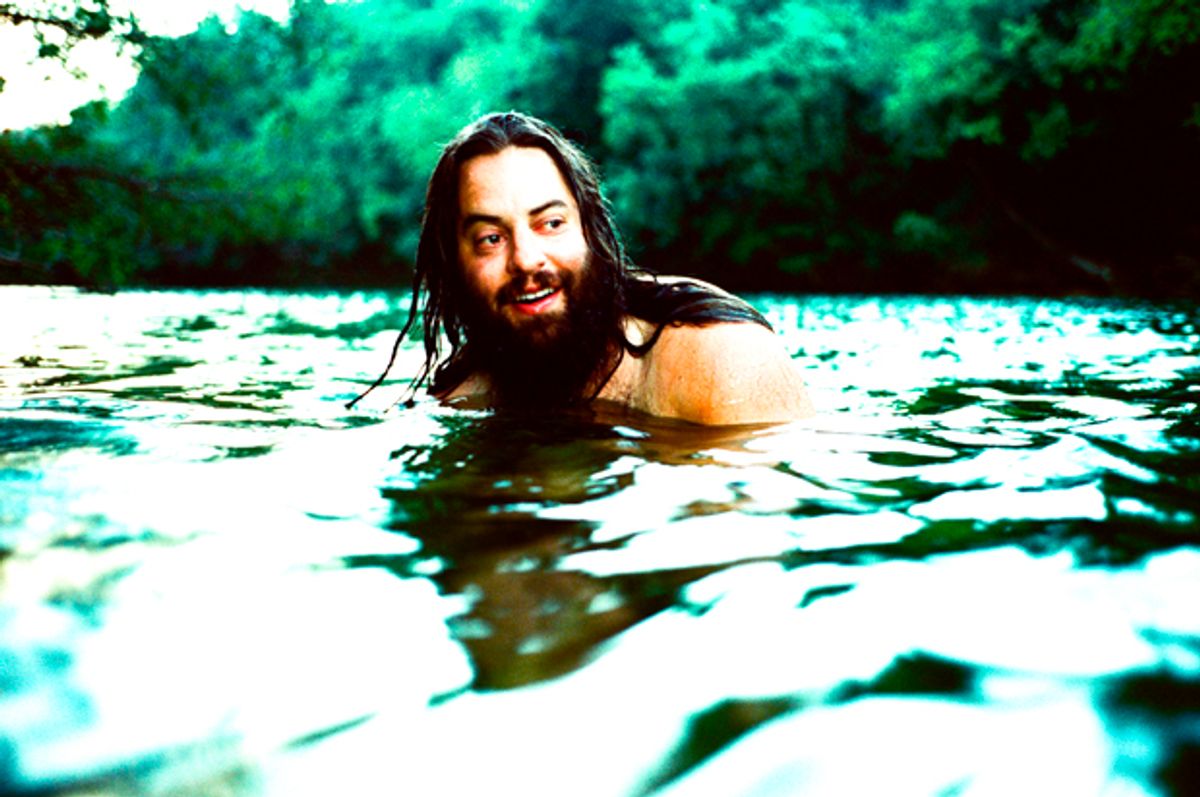 It is difficult to imagine the thrill that boring critics experience when the inspiration strikes them to write an essay, deceptively original to them, on the “death of rock ’n’ roll.” There is no shock in the rather banal observation that power guitar riffs and pounding drums no longer enjoy the cultural dominance they experienced through the second half of the twentieth century. Anything less than hegemony does not equal expiration. Those who pronounce the termination of rock ’n’ roll will also, without any irony, declare the death of music criticism.

At the risk of making a premature judgment, the musical experience of 2017 just might subvert the sleepy clichés of pop culture popularity. "Hard Love," the new record from Strand of Oaks, is a rock ’n’ roll masterpiece, and a genuine work of art, as entertaining and stimulating as it is enlivening and inspiring. Its merits of musical excellence need no assistance, but "Hard Love" becomes even more enjoyable, hypnotic and concussive with the companionship of Ryan Leas’ 8,000-word Stereogum story on the artistic and emotional evolution of Tim Showalter, the songwriter, composer and lead singer of Strand of Oaks.

In collaboration, the creative brilliance and bravery of Showalter, and the critical precision and enthusiasm of Leas, offer a reminder of the importance and seriousness of art — all of those qualities that the perpetually detached, irony-addicted, spectacle-seeking leaders of pop culture claim are pretentious and out of fashion. Does art imitate life or does life imitate art? Those who would reduce the value of art, or even ask those questions, seem to miss the essential point that art is life and life is art.

Showalter pays rollicking and raucous tribute to the marriage between art and life on the album's lead single, “Radio Days.” The song gives demonstration to Strand Of Oaks’ utility of rock power, and Showalter’s precision of lyric. It resounds with the anthemic grandiosity of arena rock — fit for sing-a-longs and expensive light shows — but its words have an inescapable intimacy.

Remember how it felt to listen
Fumblin' to press record . . .
Play it, play it loud on the radio
Got my headphones on, and my parents will never know

Anyone who can remember the radio days of the 1990s is immediately transported back to the poster-decorated walls of a childhood bedroom, and the joyful coup of capturing a favorite song on a cassette tape without spending the entirety of a weekly allowance.

The ’90s rock ecstasy, with Showalter wearing his U2 influence on his guitar neck, gives a corresponding jolt to the jubilation of its simple story, even as he sings the sad realization, “I wanna get it back / I’ll never get it back.”

There are few experiences that swell and ache with more pleasure than the consummation of a love affair with music. “Radio Days” documents that romance, and it complements the rest of the record. "Hard Love" is a reflection, exploration and celebration of joy — what bequeaths us with joy, and what allows for the survival of joy that provides everlasting nourishment and enrichment.

Leas frequently spent time with Showalter over a period of several years, and he witnessed Showalter's development as husband, artist, musician and human. The captivating story that Leas animates with his analytical eye and sensitive prose describes the transition of Showalter from selfish and despondent rock ’n’ roll cliché to newly hopeful and dedicated partner to his wife, a woman who had already forgiven neglect and betrayal.

Showalter asks Leas, along with the world, “Why can’t there ever be a record where it’s about, hey, the rock star returns home and redeems himself and is good to the people he loves? How come that isn’t the story we can tell?”

The common error of Western culture, under the influence of Jerusalem instead of Athens, is the condemnation of hedonism as an empty pursuit, because it lacks “meaning.” There are various forms of pleasure, however, and the mature and wise person gains the ability to differentiate between the short-term pleasure of a delicious meal or euphoric substance-induced high, and the long-term pleasure of friendship, creativity and sexual intimacy with a loving partner. Either way, it is all pleasure.

"Hard Love" is a dynamic thrill ride through the various categories of pleasure. As Showalter gathers clues into sources of sustenance, he shares them with his audience, maximizing his rock ’n’ roll ambition.

The title track opens the record with an invitation into an existential outer space. A dull, otherworldly hum rests under a heartbeat, and when the guitars enter the ambiance, there is a lift out of the dark and into the light.

“Hard Love” signals revelation, and the song’s journey from dark ballad to light pop song depicts the gift of awareness. He knows he needs to hold “good love,” and although he hasn’t grasped it yet, knowledge is enough to promise progress.

The record, just like the search for love and pleasure, is full of surprises. “Everything” opens with a distorted guitar that sounds like it is on loan from Neil Young. Showalter sings in an unaffected voice, “Life is inadequate.” Just when the song seems like it will settle in its dark world, Showalter sings, “I’m in love with a water weight / Blow me down like a hurricane / Lift me up with your feather wings.” It's as if the devotion of love carries with it the hint of an ominous threat. “I told you when I fall / I fall for someone like you.” He is indeed in freefall. Love demolishes whatever existed before, and with a sketch made out of ashes, promises something redemptive. Creative destruction, more than an economic theory of capitalism, defines much of life.

Strand of Oaks gives listeners the familiar drug, a psychedelic song, with “On the Hill.” Inspired by an incident of ingesting Molly at a festival that Leas witnessed, he searches through fog for a clear moment of truth: “Bitter water makes you lose control.” The song grinds slowly, like a steady comedown from an unprecedented high.

“Quit It” is a synth-guitar coalescence that would complement Grinderman’s first record. Showalter sounds especially like Nick Cave when the song kicks into overdrive, and he announces his intention to “Never mind the good times / Never mind the bad,” and just go home.

Rock ’n’ roll would mean little without the libido, and the most ribald and roaring song on the record is “Rest of It,” featuring a blazing lead guitar from Jason Anderson. Showalter is in full shout as he pleads, “Baby don’t run away / You can get the rest of it.” The song moves with the force of the best party. Its aggression invades the space of the room, and makes it impossible not to gyrate your hips. (The inescapable demand for gyration is the ultimate criterion for judging a great rock ’n’ roll song.)

It is an odd segue way from “Rest of It,” the most energetic moment of the record, to “Taking Acid and Talking with My Brother,” the eight-minute album closer. The search for a high that lasts continues when Showalter sings of the night he spent in a hospital room with his comatose brother. He was not actually on acid, as he tells it to Leas, but the surreal scene of him having a conversation with his brother, whom he desperately hoped would survive the car wreck that placed him in that bed, felt like a trip.

“Live it all again,” Showalter sings as his band extends a jam, giving aural indication of a great awakening, not only for his brother, but for himself.

Stanley Crouch wrote that “there is nothing more serious than joy when it is about the right thing.” Showalter has launched an internal and external investigation to locate the right thing. He no longer wants to write in the notes and words of solemnity that shaped his earlier work, and on “Salt Brothers” he shouts, “Your sad songs are breaking my high / We want something new / Make it good, make it real, make it true.”

Strand of Oaks has made their contribution.