Data from New York, a blue state with regressive voting laws, shows how easier registration could change everything 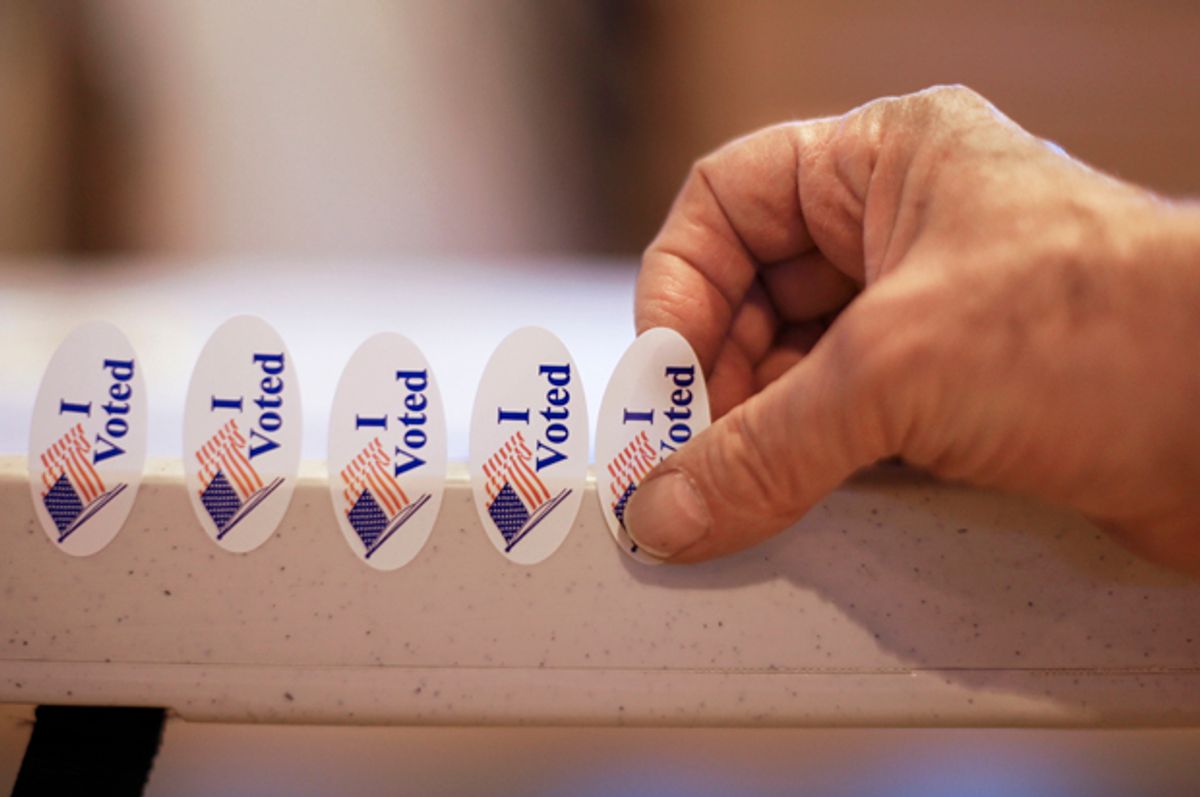 New York may be a deep blue state, yet on voting rights it lags far behind other progressive states. Oregon and California, for example, have adopted automatic or automated voter registration, which adds eligible voters to the rolls whenever they interact with certain public agencies. New York, on the other hand, has no early voting, limited absentee voting, frequent elections and arduous registration and party change deadlines. These are made worse by the fact that the state's primary elections are closed: Only registered Democrats or Republicans may vote in their respective party primaries.

All that could change with the New York Voters Act, recently introduced by state Attorney General Eric Schneiderman. The legislation would require that all primaries be consolidated (which will help people who have inflexible work schedules), implement same-day registration, extend voting hours, allow for no-excuse absentee voting and institute automatic voter registration (AVR). It also includes provisions to increase language access, train poll workers better and restore voting rights for people on parole.

To explore the implications of this legislation, I analyzed the Cooperative Congressional Election Studies (CCES) surveys for the 2012 presidential election and 2014 midterm election. Registration status is difficult to ascertain because respondents often incorrectly remember whether they are registered. To estimate the demographics of the unregistered population of New York as well as possible, I created a measure that includes both those who reported being unregistered and those who were matched into Catalist and were not registered, regardless of their reported registration. Individuals who reported being registered but could not be matched to Catalist were not included in this analysis. To explore the voting population, I explored the matched respondents who also voted. Respondents who reported voting but could not be matched to Catalist were excluded from the analysis.

Who Are the Unregistered New Yorkers? New York has low turnout compared to the rest of the country, and its diversity is not represented in the voting booth. In 2012, the voting population was seven percentage points whiter than the adult citizen population, and in 2014 the voting population was 14 points whiter. For comparison, between the 1988 election and the 2012 election, the United States electorate became 11 percentage points less white (85 percent white in 1988, 74 percent white in 2012). Given the research on how voting impacts policy outcomes, this could deeply distort the state’s democracy.