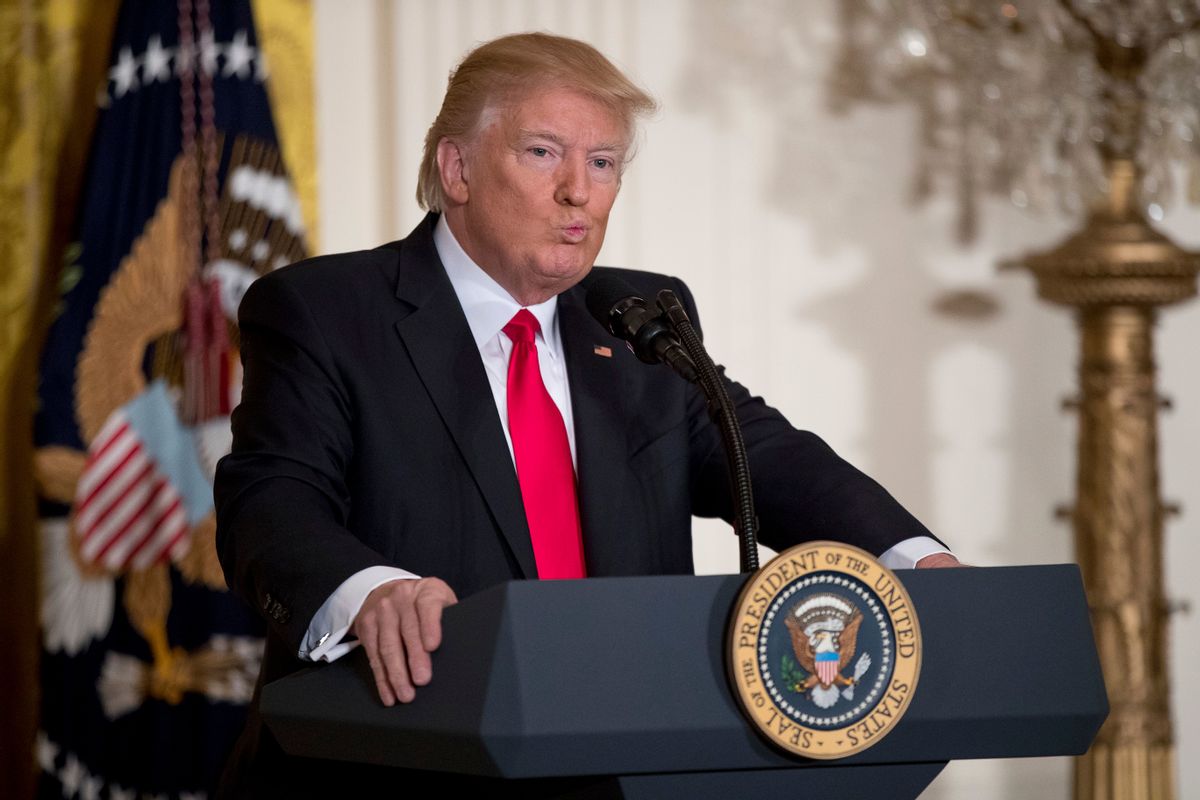 When President Donald Trump defended himself against charges that he was making up terrorist action in Sweden, he responded that he was going off what Fox News told him the night before.

But according to people who actually live in Sweden — and the cops who patrol the streets — Donald Trump is peddling in fake news.

The Fox News segment, which appeared on "Tucker Carlson Tonight," featured filmmaker Ami Horowitz, who interviewed two Swedish police officers as part of his film, "Stockholm Syndrome." But the cops that Horowitz interviewed, Anders Göranzon and Jacob Ekström, say their comments were taken out of context.

"It was supposed to be about crime in high risk areas. Areas with high crime rates. There wasn’t any focus on migration or immigration," Göranzon explained to Swedish website Dagens Nyheter. "We don’t stand behind it. It shocked us. He has edited the answers. We were answering completely different questions in the interview. This is bad journalism."

The upset police officer also made it clear that he was appalled at journalist Ami Horowitz, whom he described as "a madman."

There is no statistical evidence that immigration in Sweden has led to an increase in crime, the New York Times noted Monday. Not only has no link been established between an influx of migrants and crime rates, but drug offenses, robberies and thefts actually declined last year — although rape and assault did increase. The government has not provided data on the ethnic breakdown of individuals responsible for each type of crime.

Those facts didn't stop InfoWars — the conspiracy theory-minded website that has long had a disturbing amount of influence on Trump — from trying to defend their friend. Editor Paul Joseph Watson has already vowed to send a reporter to Sweden to validate Trump's claims.

Watson tweeted tweeted images he incorrectly said were from Malmo. In response, Watson tweeted out a video of fireworks going off, in what appeared to be a celebration (Twitter users said it was something done every year for New Years).

Trump himself is doubled down on his claims about immigration in Sweden.