Sweden isn't happy with the president hurting the country's reputation 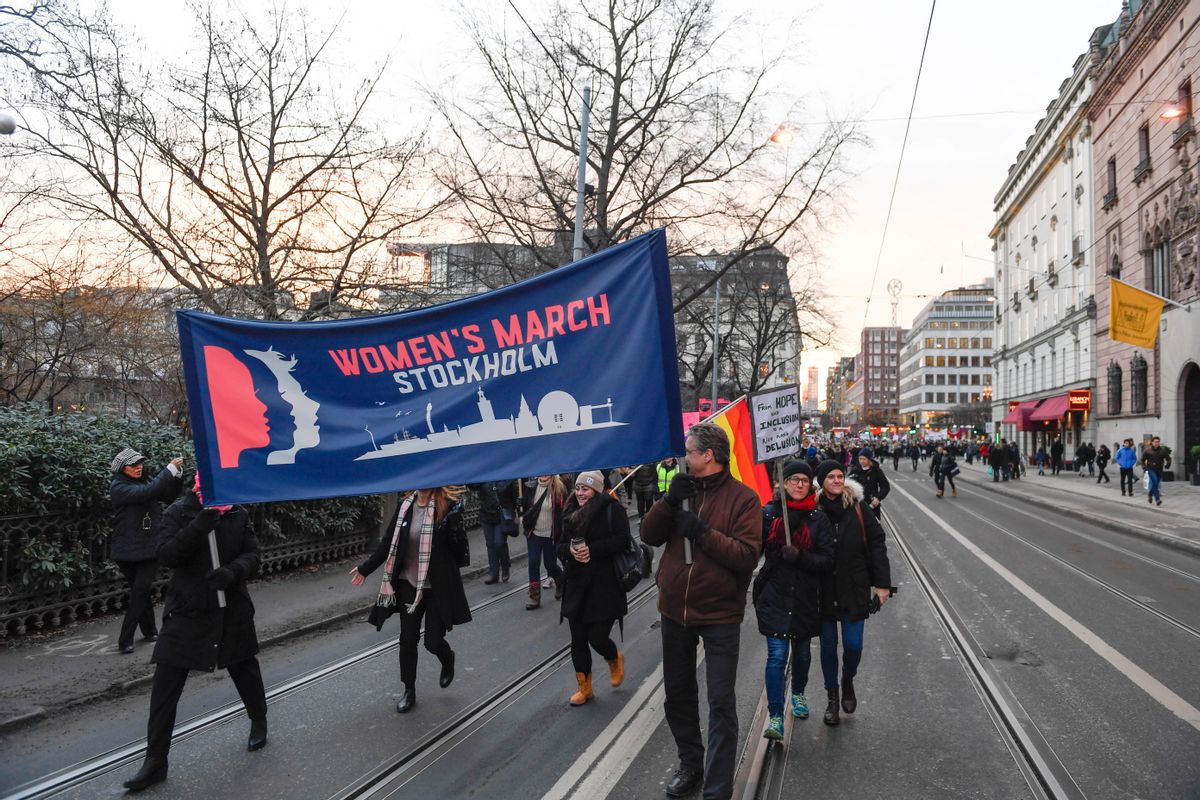 Protesters carrying banners and placards take part in a Women's March in Stockholm, Sweden, Saturday, Jan. 21, 2017. The march is part of a worldwide day of action following the inauguration of US president Donald Trump. () (Pontus Lundahl/TT News Agency via AP)
--

President Donald Trump's baseless claims of immigration-related violence in Sweden have, not surprisingly, alienated leaders in that country.

It started when Trump doubled down on his claims that Sweden is a troubled country:

That prompted a reply from Prime Minister Stefan Löfven, who

"We have challenges, no doubt about that," Lofven said. "We must all take responsibility for using facts correctly and for verifying anything we spread."

His views were echoed by another prominent Swedish statesman.

"We are used to seeing the president of the U.S. as one of the most well-informed persons in the world, also well aware of the importance of what he says," former Swedish Prime Minister Carl Bildt told The New York Times Monday. "And then, suddenly, we see him engaging in misinformation and slander against a truly friendly country, obviously relying on sources of a quality that at best could be described as dubious."

Trump's initial comments about Sweden, which claimed that the nation was experiencing an upsurge of crime since allowing predominantly Muslim refugees into its borders, were based on a factually inaccurate report that distorted the claims of Swedish police officers and have been contradicted by official statistics.

Meanwhile, Trump's tense relationship with Sweden is part of a troubling pattern of alienating world leaders that has emerged since the start of his presidency. These include telling French President Francois Hollande that America "wants its money back from NATO," Mexican President Enrique Peña Nieto that "bad hombres" are immigrating to the United States, and Australian Prime Minister Malcolm Turnbull that a refugee program was "the worst deal ever."