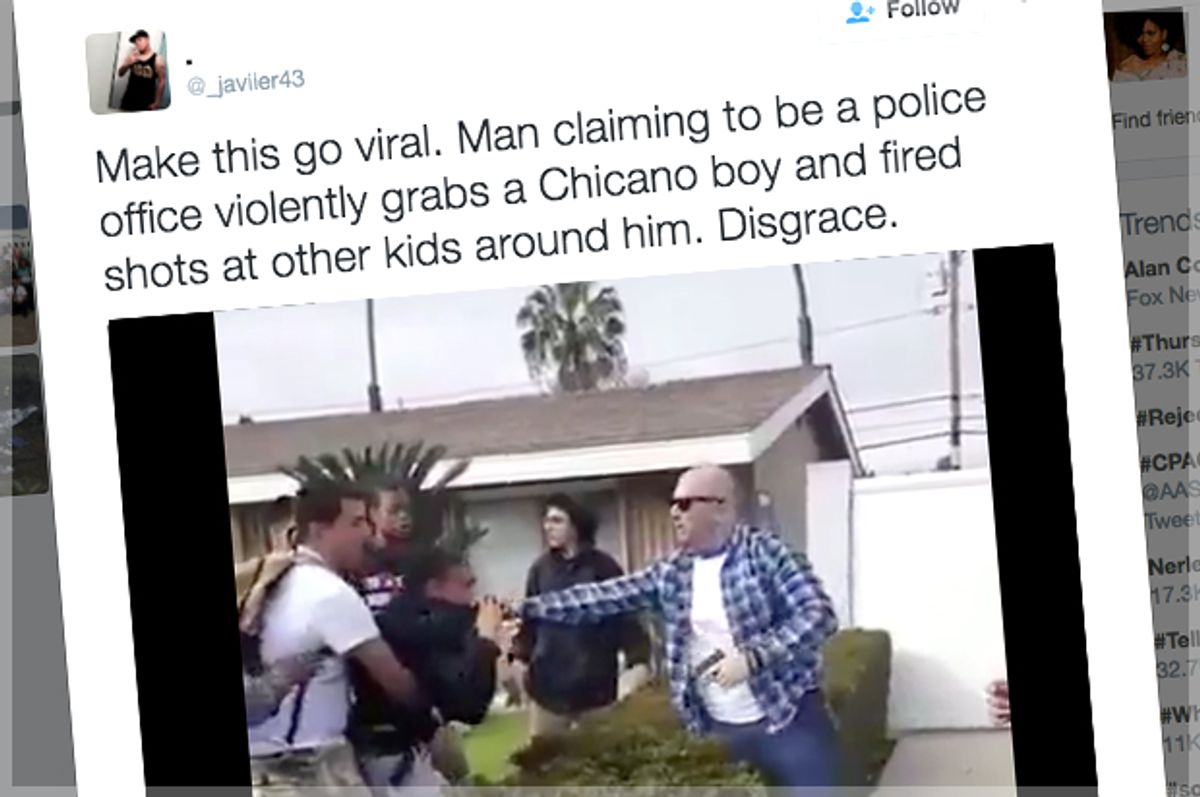 More than 300 protesters took to the streets of Anaheim, California, on Wednesday night after a video showing an off-duty police officer firing his gun in a confrontation with unarmed teenagers went viral.

Twenty-four protesters were arrested, according to the Los Angeles Times, after the Anaheim Police Department ordered the protesters to disperse at roughly 10 p.m. The 24 were among about 100 people who gathered at Palais Road and Euclid Street. Initial reports indicate that 10 men, eight women, three male minors and three female minors were arrested.

The arrested protesters were allegedly near the house of the police officer who was involved in Tuesday's incident that was caught on video, someone whose name has not been released. The incident shown on the video occurred on the officer's property. The Los Angeles Police Department insisted that the conflict had been precipitated by teenagers trespassing on his property and one of the teens allegedly threatening to shoot the cop. Two of the teens were arrested, with one being booked at Orange County Juvenile Hall and the other released to his parents.

"Like many in the community, I've seen the video and I'm very concerned about what it shows," Anaheim Mayor Tom Tait said in a statement. "Anaheim is committed to a full and impartial investigation. Our city will move forward without delay."