How does President Donald Trump's first month as president stack up?

Trump's White House has pushed the narrative that the administration is working at an historic pace. Is it true? 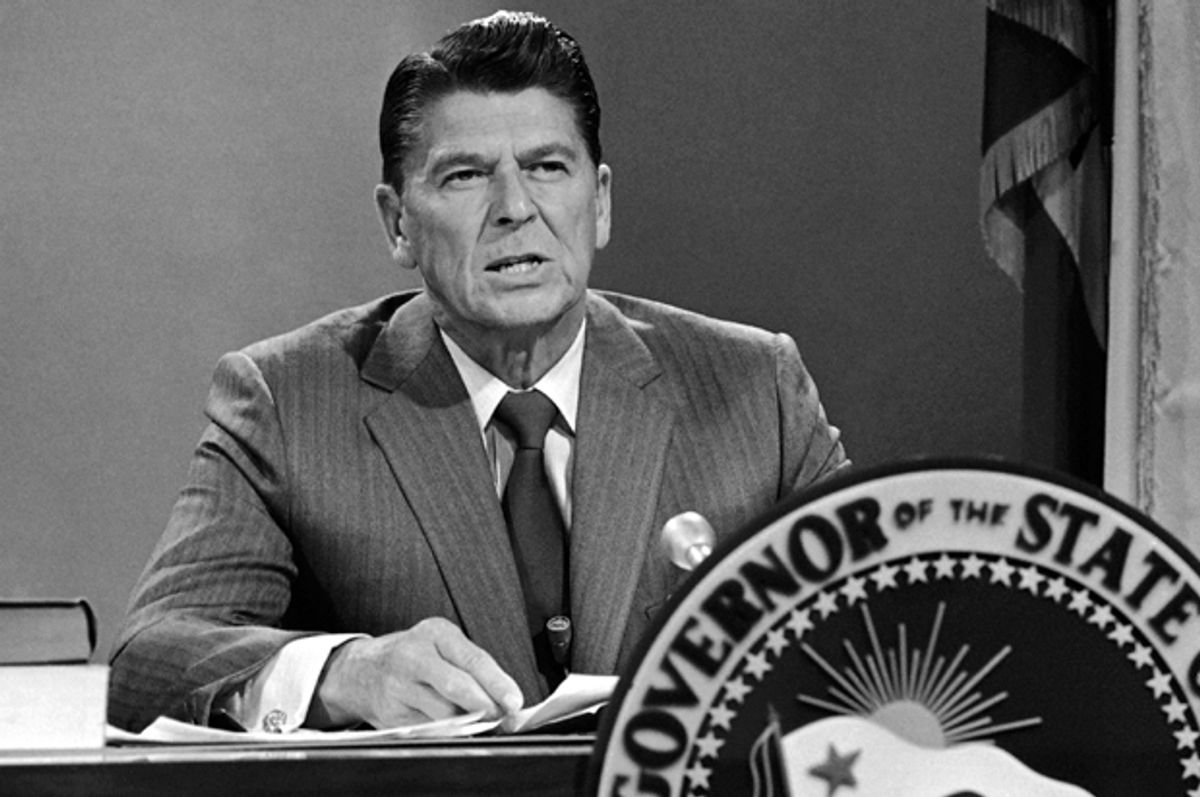 When speaking to the Conservative Political Action Committee on Thursday, President Donald Trump's chief strategist Steve Bannon identified three main achievements from his boss's first month or so in the White House.

"I think one of the most pivotal moments in modern American history was his immediate withdrawal from TPP. It got us out of a trade deal and let our sovereignty come back to ourselves," Bannon said. He also highlighted Trump's executive orders on building a border wall, cracking down on immigration, and "deconstruction of the administrative state" by appointing business leaders to policymaking posts as signs that his first month in office has been a success.

To determine the accuracy of Bannon's assessment, it is valuable to look back at recent presidential history and how Trump's predecessors performed upon taking office. When doing so, it becomes clear that Bannon's statement falls somewhere between truth and dishonest exaggeration — Trump's withdrawal from the TPP was certainly momentous (whether for good or ill depends on one's broader opinions of trade policy), but simply appointing business leaders to positions of power doesn't mean anything in terms of a real historical legacy (or, for that matter, differentiate Trump from many of the Republican presidents before him). Similarly, the mere fact that he has signed executive orders on the border wall and immigration means nothing because they may not translate into actual policy, and indeed both have already proven problematic for him.

By contrast, Trump's immediate predecessor was much more accomplished one month into his term. By the end of February, President Barack Obama had managed to pass a $787 billion stimulus bill — one that economists overwhelmingly agree helped pull America out of the Great Recession — and announced he would send 17,000 additional troops to Afghanistan while simultaneously vowing to end the war in Iraq by August 31, 2010.

Even President George W. Bush had more concrete achievements in his first month than Trump. Two days after taking office, Bush reactivated a Reagan-era policy banning federal aid to international groups that performed or offered advice on receiving abortions. One week later he issued an executive order creating the Office of Faith-Based and Community Initiatives, which loosened regulations on faith-based charities. Finally — and in what may have been an ominous foreshadowing of foreign policies to come — Bush ordered American airplanes to create a "no-fly zone" in Iraq by attacking radar sites in that country.

To be fair to Trump, a president's initial productivity doesn't always reflect the ultimate scope of their achievements. President Ronald Reagan may have began his administration with great PR when the 52 American hostages being held in Iran were released upon his taking office, but aside from that he didn't achieve much other than proposing an ambitious plan of social spending cuts and defense increases to Congress. By contrast, President Jimmy Carter — despite being generally regarded today as a poor president — was off to a much more promising start. In his first month he issued a sweeping pardon of Americans who evaded the Vietnam War draft and passed the Emergency Natural Gas Act, which addressed a supply shortage by deregulating prices.

Perhaps the standard by which any president gets judged in terms of opening job performance is the one who launched the modern era: President Franklin D. Roosevelt. Taking office during the depths of the Great Depression, Roosevelt set the precedent of presidents being judged by their initial legislative output by launching what later became known as "the 100 days," a time period through which all other presidents are counted. During that period, he laid the foundations for the concept of aggressive executive activity in response to economic crisis with an extensive series of social and economic reforms. While the 100 days lasted beyond one month, the first few weeks of the Roosevelt administration brought about the bank holiday and Emergency Banking Act, which were intended to bring stability to America's banking system and restore general economic confidence; reduced the salaries of federal employees with the Economy Act; legalized the sale of beer and wine, which had been outlawed by the Volstead Act, with the Beer-Wine Revenue Act; passed the Reforestation Relief Act and created the Civilian Conservation Corps, which put 250,000 Americans to work while protecting the environment and developing infrastructure; and took America off of the gold standard.

Looking at these benchmarks, it becomes clear that Trump is nowhere close to the achievements of Roosevelt or even Obama. This doesn't necessarily doom his presidency, as Reagan's example demonstrates, but it does mean that he should hesitate before boasting of his achievements. No president can completely change America in just over a month, but plenty have done more than Trump has accomplished. It would do him well to keep that in mind.