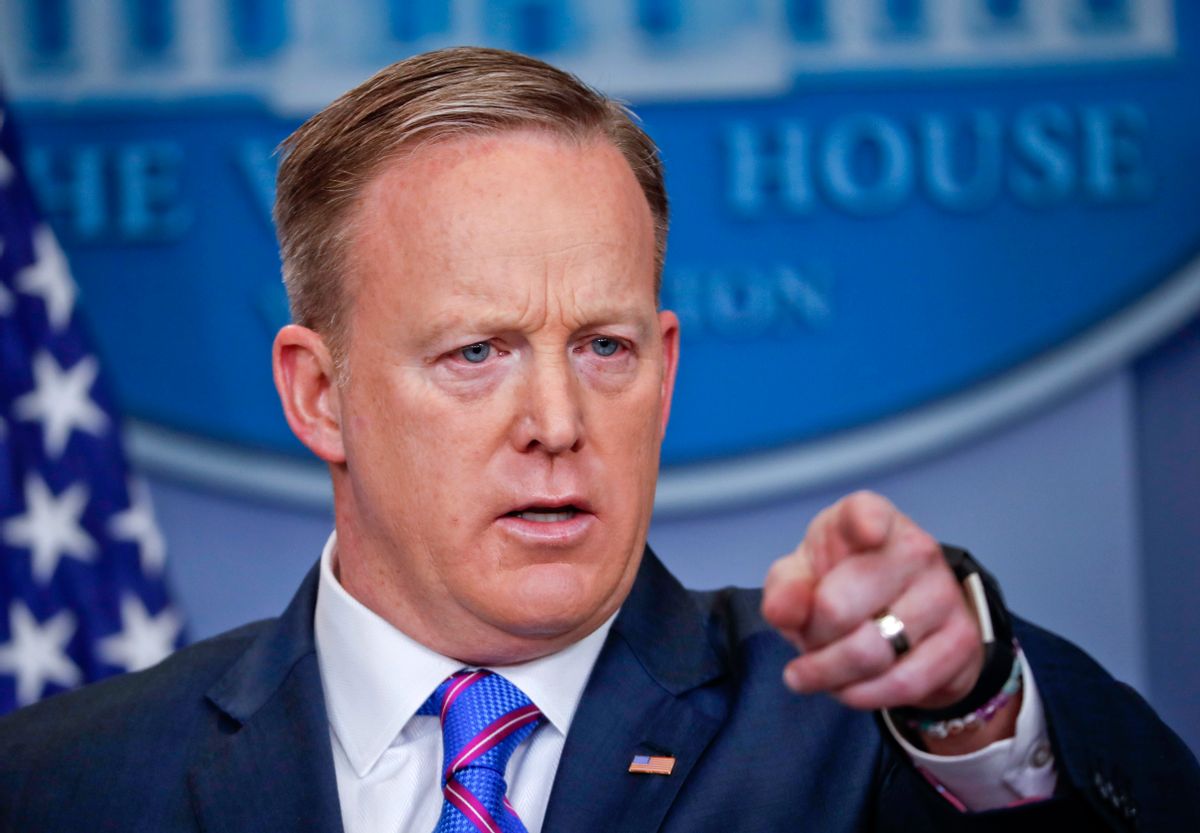 This has not been a good week for White House Press Secretary Sean Spicer. First, a story was leaked about Spicer's hysterical efforts to stop leaking. Now President Donald Trump's nominee for navy secretary has withdrawn — roughly one week after Spicer assured America that he would not.

Despite reiterating his support for Trump's policies, nominee Philip Bilden decided that "after an extensive review process, I have determined that I will not be able to satisfy the Office of Government Ethics requirements without undue disruption and materially adverse divestment of my family's private financial interests."

In a statement announcing's his nomination, the Trump White House described Bilden as a "highly successful business leader, former Military Intelligence officer, and Naval War College cybersecurity leader will bring strategic leadership, investment discipline, and Asia Pacific regional and cyber expertise to the Department of the Navy." It also cited that Bilden "served ten years in the U.S. Army Reserve as a Military Intelligence officer from 1986-1996."

Members of the press, including Kurt Eichenwald of Vanity Fair and Newsweek, acknowledged the irony of Spicer denouncing members of the press as "fake news" while himself purveying information that ultimately proved to be inaccurate.

This is the third Trump cabinet nominee to withdraw his nomination and the second one to do so from a military position. Andrew Puzder withdrew from consideration as labor secretary when it was revealed that he had employed an undocumented worker and been alleged to have abused an ex-wife. Army secretary nominee Vincent Viola, like Bilden, withdrew his nomination due to potential conflicts of interest in his business career.