Trump conceded he has made mistakes, but he won't fess up to any of them 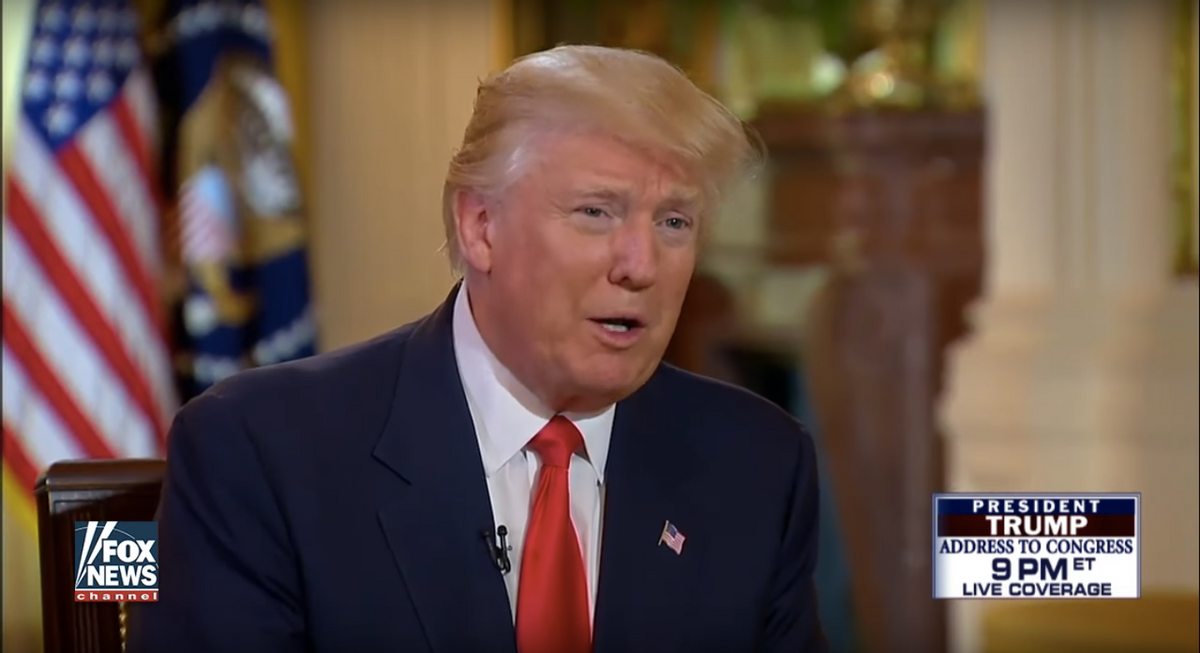 In a friendly chat with the hosts of "Fox and Friends" President Donald Trump said he "could never" name a time when he deserved fair criticism. The exclusive interview from the White House provided Trump the opportunity to reflect on his young presidency, and the path it took to get him there.

Asked directly by Brian Kilmeade if there was a time when he deserved criticism from the press, Trump initially considered the question before refusing to answer it.

"No, probably not. I could never do that probably," Trump said. "I'm not going to give you any ideas."

The "Fox and Friends" hosts laughed at this response, but Kilmeade tried to rephrase the question. He asked the president if he has ever thought: "Wow, I screwed that up" or "wow, I kind of deserved that hit."

"Yeah, yeah sure," Trump admitted. "And you know what, honestly, if I do that, and that does happen, and if I take a hit, I won't give you any additional ammunition but over the years you make a mistake. I fully understand they hit you."

Because Trump — perhaps smartly — won't publicly recognize his past mistakes, now might be a good time to list some of his recent follies that have attracted criticism from the press.