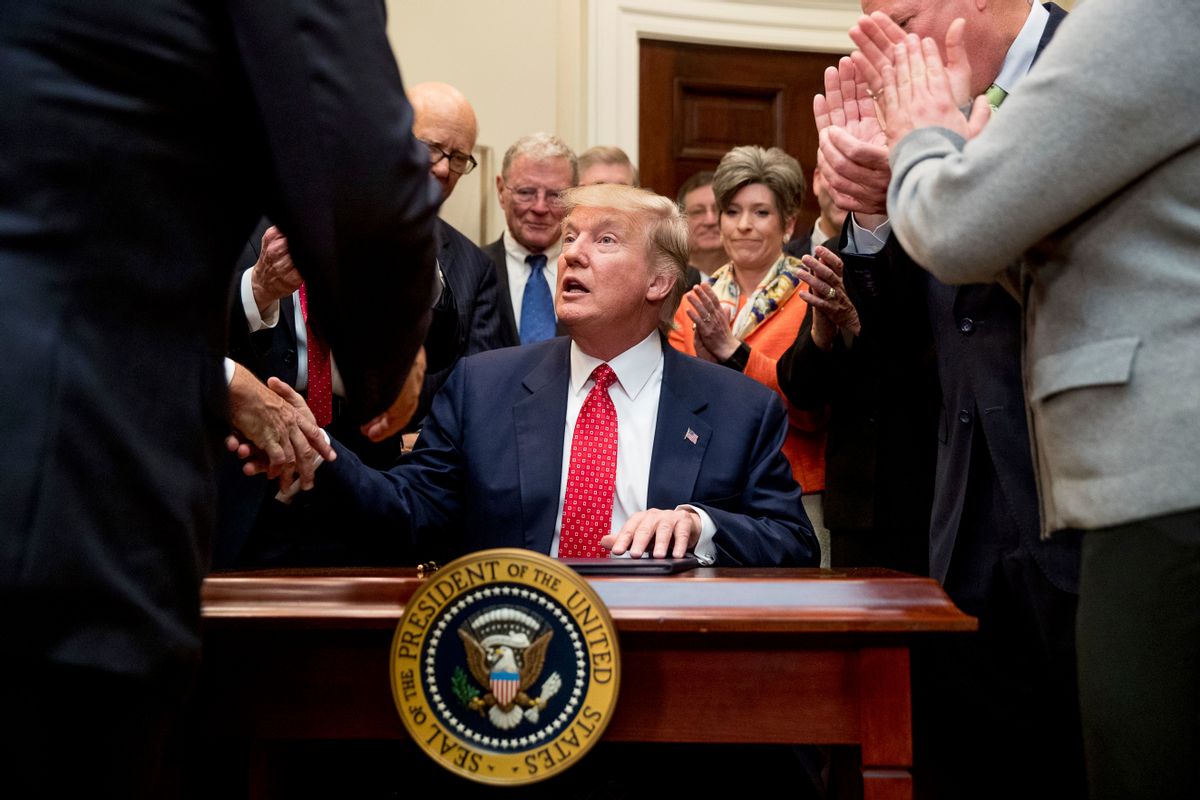 Less than a month after complaining that reporters "make up stories and make up sources," President Donald Trump is now depending on favorable coverage that use an anonymous source — namely, himself.

Prior to his joint address to Congress on Tuesday, the president used a private meeting with national news anchors to speak off the record as a "senior administration official," according to BuzzFeed. "There’s got to be a coming together," Trump told the reporters on background, specifically on issues like immigration reform. Some of his comments were later put back on the record on Tuesday evening, specifically his statement that "the time is right for an immigration bill as long as there is compromise on both sides."

The meeting was attended by Jake Tapper and Wolf Blitzer of CNN, Chuck Todd and Lester Holt of NBC, Jose Diaz-Balart of Telemundo, and Maria Elena Salinas of Univision.

Trump has actually used fake news to spread favorable stories about himself or his projects since as early as the 1980s. He used the pseudonyms "John Barron" and "John Miller" to diffuse negative coverage about matters ranging from his destruction of valuable artwork to the struggles of his Atlantic City casino, send out a trial balloon about having other team owners help pay the salary of a quarterback he wished to draft for his New Jersey Generals football team and even spread baseless gossip about his romantic and sexual exploits.

The ghostwriter who penned Trump's famous book "The Art of the Deal" later recalled that, when he asked Trump about rumors that he used pseudonyms to plant stories about himself, "he smirked and said, 'You like that, do you?'"