When the bar is so low, being boring in one's offensiveness can be seen as a plus 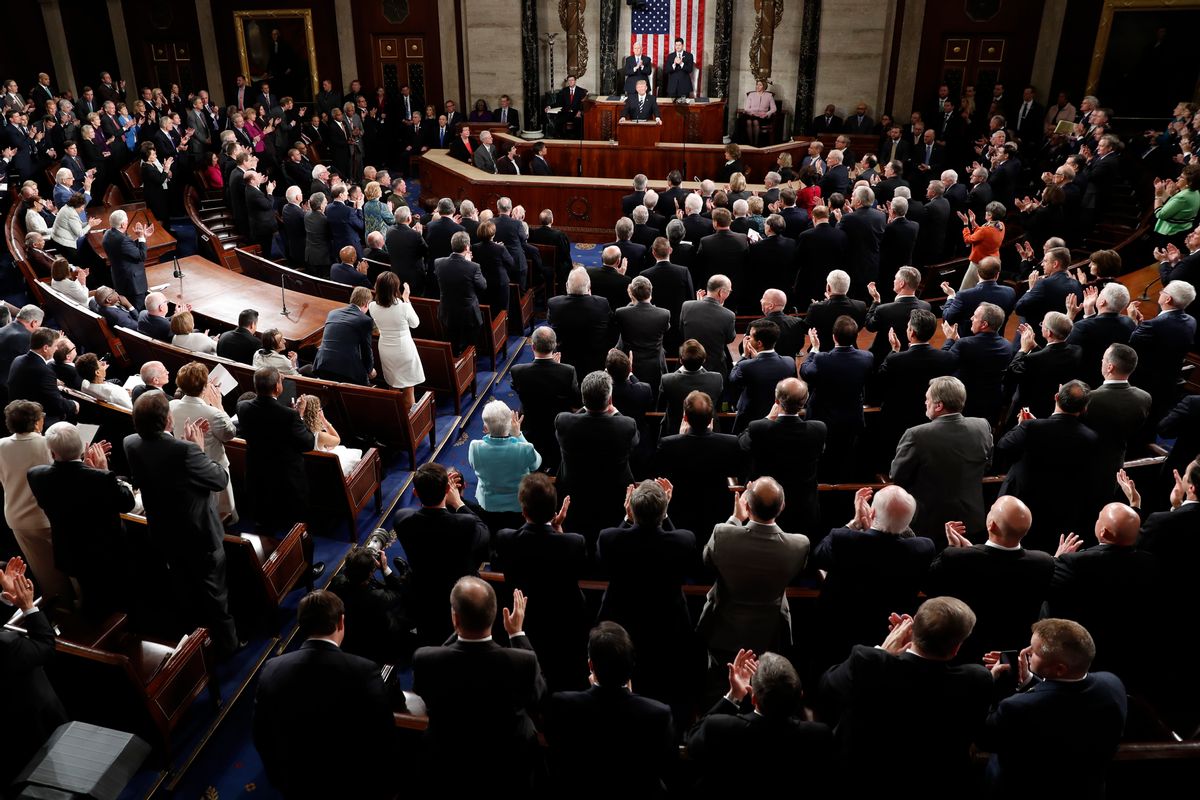 President Donald Trump delivered an address to a joint session of Congress on Tuesday night that was widely described as "presidential" — although not everyone embraced that term un-ironically.

Other "presidential" quotes from the night include liberal Van Jones declaring that Trump "became president of the United States in that moment — period," while conservative Jeffrey Lord claimed that Trump "walked in as the winner of a controversial election" and "walked out as the president." Sen. Bill Cassidy, R-La., extolled it as a speech "Americans can unite around," while Michael Barbaro of The New York Times praised it as "a story that looks back, but also one that looks forward with an optimistic view of where we’ll be nine years from now, on the nation’s 250th anniversary." Even The Washington Post complimented Trump's speech for "an air of seriousness" and "flashes of compassion."

The belief that Trump's speech was presidential exists within the context of a presidency that has been widely criticized for not adhering to traditional presidential decorum. Previous presidents did not rattle off series of angry tweets about celebrities who criticized them, or spend their opening days in office exaggerating the size of their inauguration crowds, or deliver an inaugural address replete with campaign-style phrases like "American carnage" and "Make America Great Again."

"President Donald Trump reached for poetry and conjured a vision of common national purpose Tuesday during his first address to Congress, shifting his tone from the dark, searing approach of his previous big speeches to the nation," wrote Stephen Collinson of CNN.

"Trump adopted a statesmanlike cadence, hitting notes of inspiration. For once, this most unorthodox of politicians struck a conventional presidential posture as he sought to stabilize his administration after a tumultuous five weeks in office."

Other media critics were wary of the sudden fulsome praise. "On Tuesday night, Donald Trump managed to speak for an entire hour without sounding like an unhinged demagogue," observed Will Oremus of Slate. "For that, he was hailed by TV pundits across the spectrum who acted as though he’d just singlehandedly defeated ISIS and restored the fortunes of the American middle class, instead of simply reading from a script that said he would do those things."