A good bet: Donald Trump may not last the year, betting website says

A British bookmaker wants to speculate on Donald Trump's future 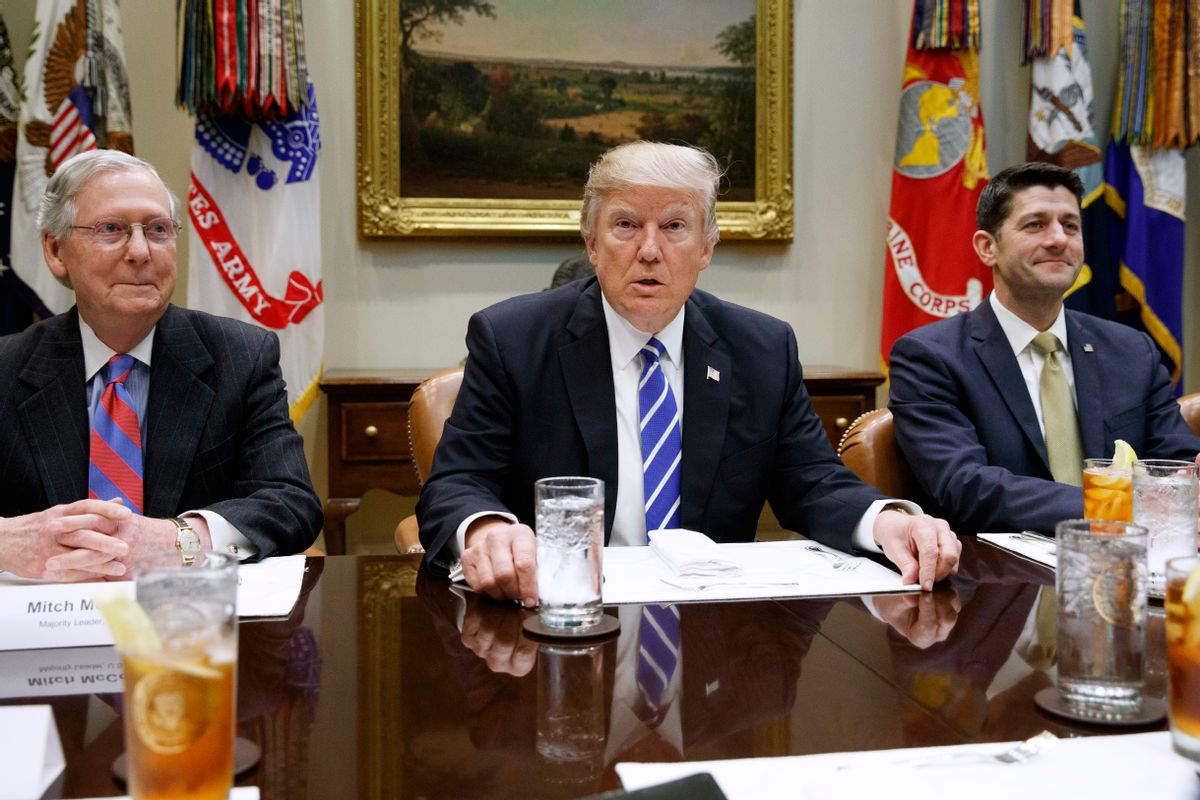 Just before President Donald Trump took office, there was speculation about whether he would finish his first term in office. But that was before this chaotic past weekend (and the weekend before that and the one before that, and so on) — when the president blamed his predecessor, Barack Obama, for "leaks" through "wiretaps" that brought to light his campaign's ties to Russian intelligence sources.

In other words, those predictions may have been a bit too optimistic.

If Trump leaves office, don't expect too many people to weep.

According to PSB research, 11 percent of 800 adults surveyed in an online poll say they're "Trump regretters," meaning that they either say they would vote against him now if they had the chance or they're no longer enthusiastic about Trump. Hillary Clinton, on the other hand, has seen more enthusiasm from her voters and picked up nonvoters as well.

In a more stark finding, 35 percent of those surveyed said that Trump is "going too far," while another 35 percent said he's "getting sidetracked by things that aren't important."

In completely related news, here's an actual thing the president of the United States wrote on Twitter.

If you want a long shot, you can bet that Trump will win the 2017 Nobel Peace Prize. Though, having given this 25 to 1 odds, Ladbrokes may think this is more realistic than the rest of the world does.