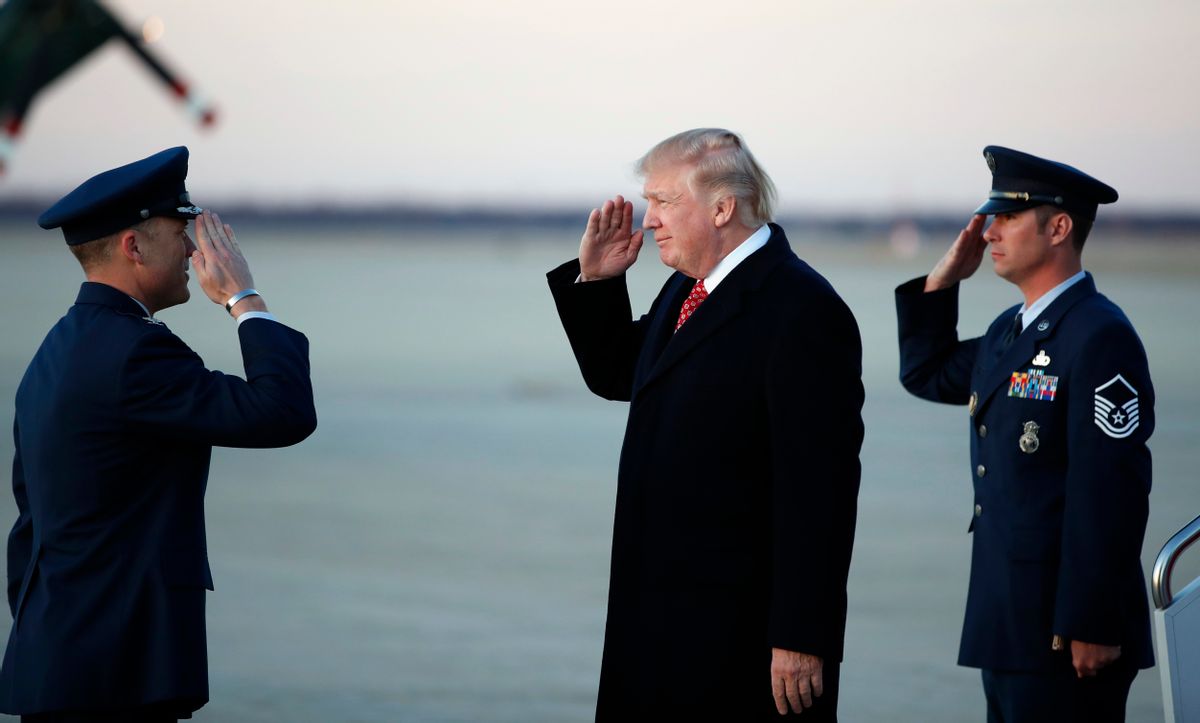 Despite putting Iran "on notice" and generally promoting a hawkish line toward that country, President Donald Trump is reportedly engaged in an Azerbaijan business deal with an oligarchic family that has ties to the Iranian Revolutionary Guard.

According the financial filings submitted by Trump's presidential campaign to the Federal Election Commission, Trump is the president of two entities that were created as part of a project to build the Trump International Hotel & Tower Baku, which never opened. Their partner, Garant Holding, is controlled by Anar Mammadov, the son of the nation's billionaire oligarch and transportation minister Ziya Mammadov. The Mammadovs are so notorious for their corruption that Foreign Policy assigned them the nickname of "The Corleones of the Caspian."

The Mammadovs also have close financial ties to the Iranian Revolutionary Guard Corps, according to a New Yorker report Monday. The Revolutionary Guard has been repeatedly accused by the American government of criminal activities ranging from sponsoring terrorism and drug trafficking to money laundering. The Trump administration even proposed last month that the Revolutionary Guard be designated as a terrorist organization.

The Mammadovs have multiple connections to the Revolutionary Guard.

Multiple experts who spoke to The New Yorker insisted that any competent risk assessment would have noticed the Mammadov's connection to the Revolutionary Guard and brought it to the Trump Organization's attention. According to the 1977 Foreign Corrupt Practices Act, it is illegal for American companies to derive financial profit or preferential treatment by rewarding foreign government officials. Companies are required to take reasonable precautions like risk assessments so they can't plead ignorance if such corruption comes to light.