Critics: GOP's Obamacare replacement plan will "destroy the ability of millions of Americans to access any health care" 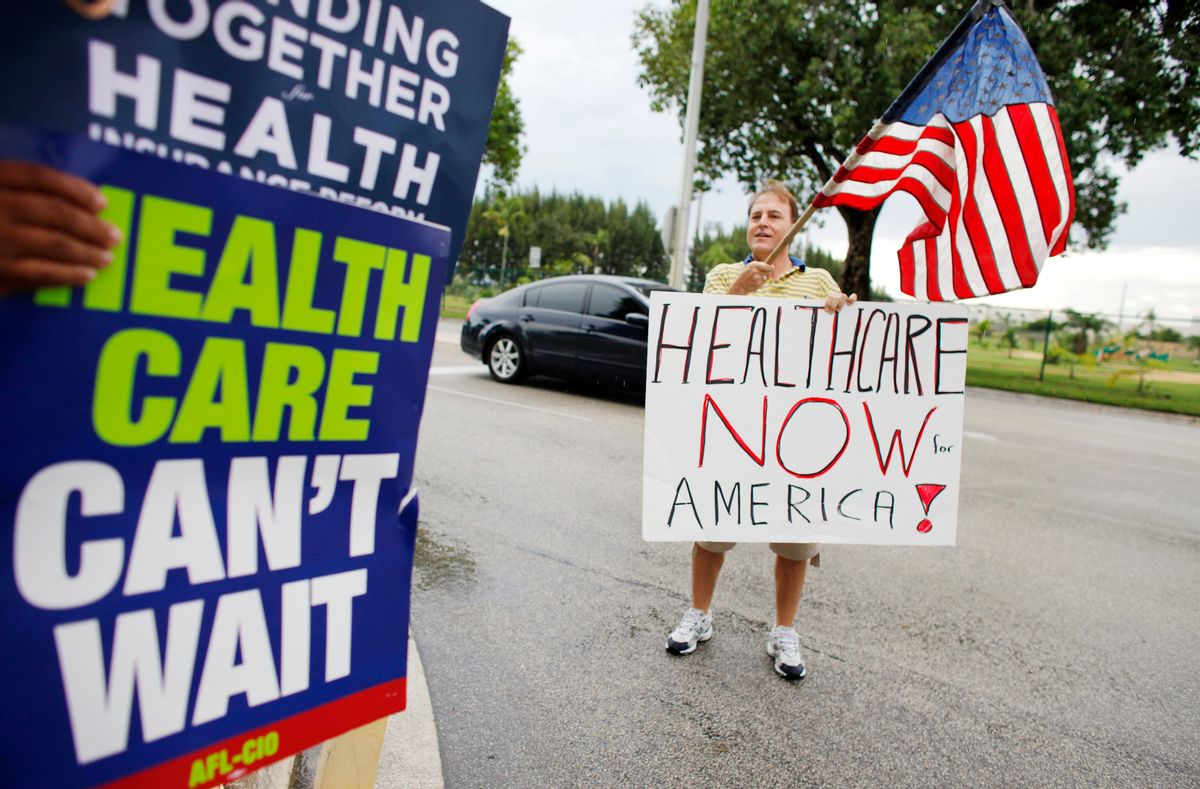 After weeks of drafting a repeal-and-replace bill for the Affordable Care Act, much of it in secrecy, the House Republicans have finally come up with a plan.

And it has a lot of critics.

"The truth is that the GOP measure would destroy the ability of millions of Americans to access any health care worth the name," writes Michael Hiltzik of the Los Angeles Times. "The Congressional Budget Office reportedly warned the Republicans that their proposals would lead to lost coverage for millions and higher costs for millions more, but the GOP is pushing ahead anyway."

Hiltzik said the Republican proposal will harm low-income Americans and women. The plan will get rid of both the individual and employer mandates, repeal all of the taxes imposed by the ACA, end the Medicaid expansion, defund Planned Parenthood and effectively shut down insurance coverage for abortions, allow states to eliminate coverage for important health rules like maternity care and mental health services (which could cause their prices to skyrocket), and replace income-based premium subsidies with an alternative that is based on age.

As Ezra Klein of Vox observed, even the new plan's efforts to keep more popular aspects of the ACA wound up having unintended consequence. For instance, although the Republican plan "includes a ban on annual and lifetime limits, allowing kids to stay on their parents’ plans until they’re 26, and requiring insurance plans to offer coverage to all patients regardless of how sick they are," it still needs to find a substitute for the individual mandate that required uninsured Americans to pay a penalty.

"Instead, it has a different way of penalizing people who decide to remain uninsured: requiring those who don’t maintain 'continuous coverage' to pay a hefty fine when they want to re-enter the insurance market," Klein wrote. "Here’s how it works: If a worker goes straight from insurance at work to her own policy, her insurer has to charge her a standard rate — it can’t take the cost of her condition into account. But if she had a lapse in coverage longer than 63 days — perhaps she couldn’t afford a new plan between jobs — and went to the individual market later, insurers could charge her a 30 percent premium surcharge. She would need to pay that higher premium for a full year before returning to the standard rate."

What most experts seem to agree on, though, is that the new plan will significantly reduce the number of Americans who are currently insured.

"House Republicans are still awaiting more detailed analysis of the new legislation from the Congressional Budget Office and nonpartisan health policy groups," Tara Culp-Ressler of ThinkProgress wrote. "But experts in the field agree there's no way that it will maintain the same levels of coverage as Americans currently have under Obamacare, which extended health care to 20 million people. We’ll find out just how many fewer people will be covered after the CBO examines it."

Even many Republican Senators are speaking out against the bill, mainly out of concern for how it's gutting of Medicaid expansion will impact residents of their states.

"While we support efforts to repeal and replace the Affordable Care Act and make structural reforms to the Medicaid program, we are concerned that the Feb. 10th draft proposal from the House of Representatives does not provide stability and certainty for individuals and families in Medicaid expansion programs or the necessary flexibility for states," Sens. Shelley Moore Capito of West Virginia, Cory Gardner of Colorado, Lisa Murkowski of Alaska and Rob Portman of Ohio wrote in a letter.