More troops in Syria: Trump orders boots on the ground to battle ISIS 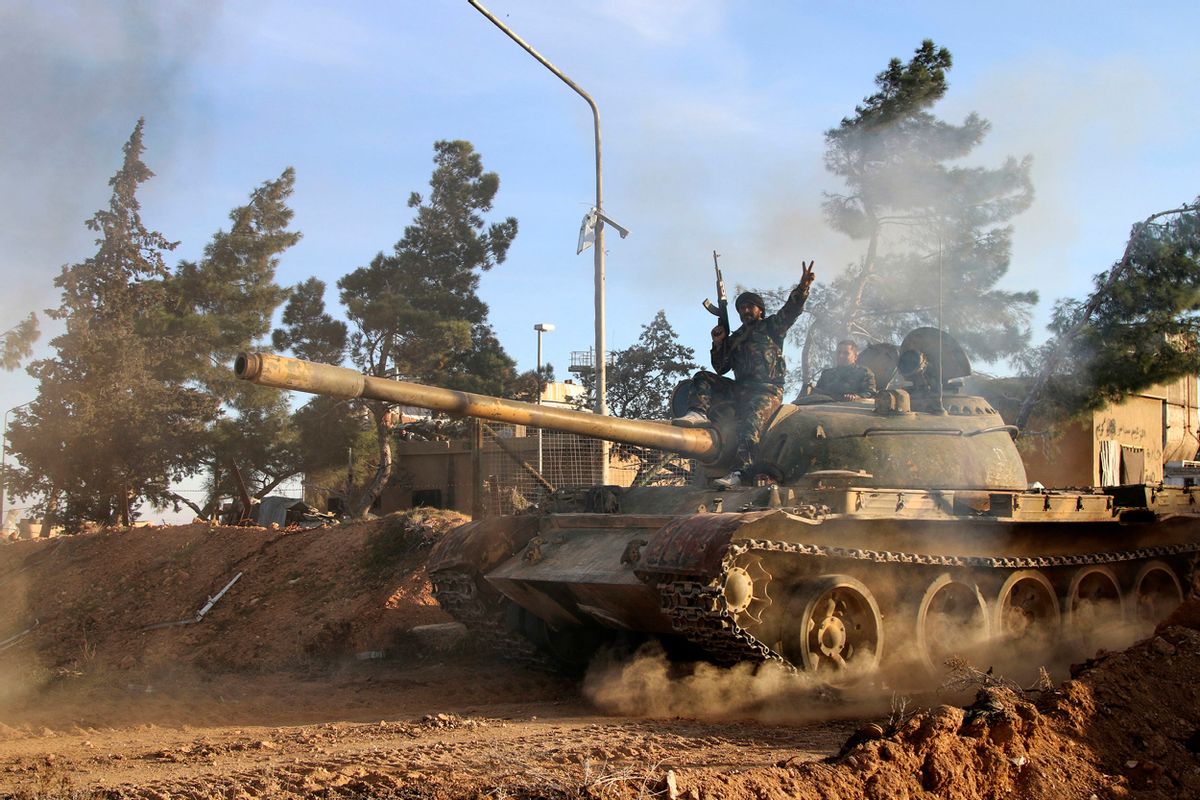 President Donald Trump has long expressed a desire to escalate the military's fight against ISIS. Now, Trump is rolling out a plan that had been "in the works," one which would put troops on the ground in Syria.

In the midst of American-backed troops' continuing assault against the ISIS capital of Raqqa, an artillery base was established in Syria weeks ago by Marines attached to the 11th Marine Expeditionary Unit, according to Military.com. Although the defense official who spoke to the site would not discuss the number of the Marines who had been deployed, it reportedly "included elements of multiple artillery batteries, as well as support personnel, including infantry Marines." This deployment occurred after Army Stryker combat vehicles were seen in northeastern Syria, which was followed on Monday by news that American-backed troops had seized an important route out of Raqqa.

The last time that a Marine artillery detachment was sent out from MEU for a ground fight against ISIS occurred roughly one year ago. It resulted in the establishment of Fire Base Bell in northern Iraq, which provided support for ground troops fighting against ISIS in the Iraqi city of Mosul. A rocket attack on Fire Base Bell on March 19  resulted in the death of Staff Sgt. Louis Cardin and the wounding of four other Marines.

The Marines on the ground will be armed with 155-millimeter shells from M-777 Howitzers, according to two officials who spoke to The Washington Post. The Marines for this deployment were sent from Djibouti to Kuwait before going into Syria, according to another defense official who spoke to The Post. The same official told The Post that the new maneuver had "been in the works for some time" before Trump took office.