On the day where a Trump ally visits Assange, a report reveals that another Trump ally spoke to a Russian hacker 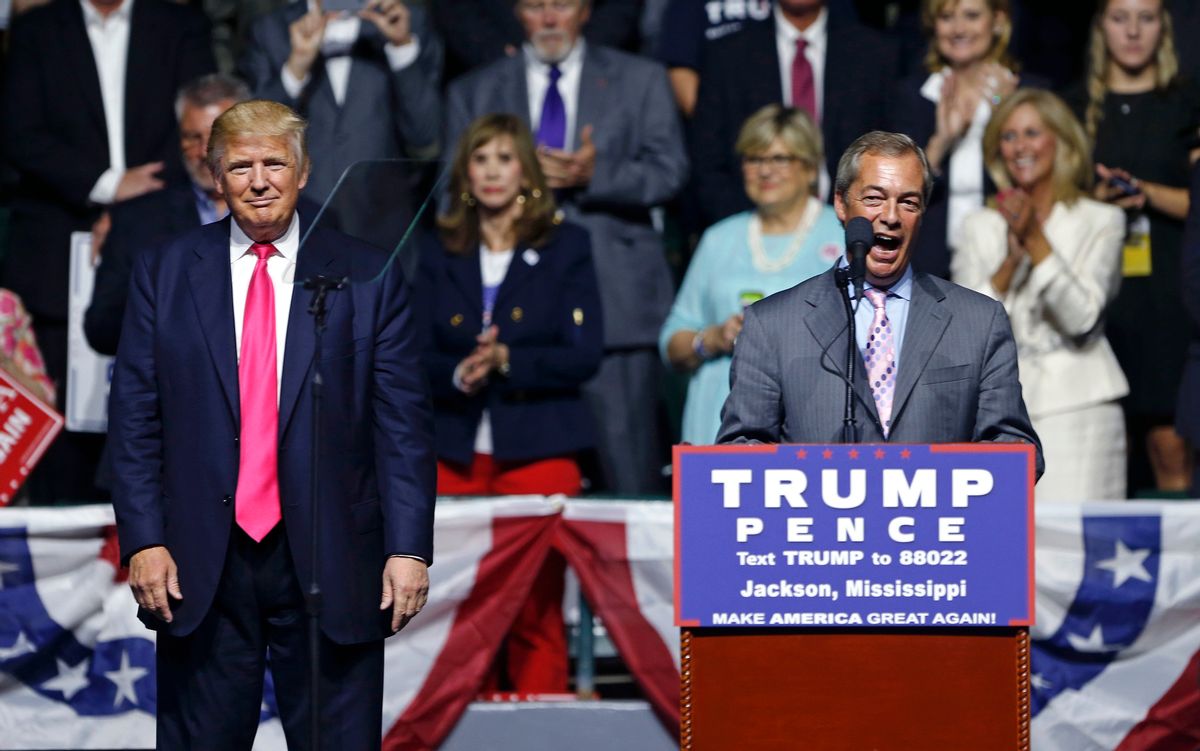 Nigel Farage, the former leader of the pro-Brexit U.K. Independence Party and a close ally of President Donald Trump, visited the Ecuadorian embassy in London, which is currently the residence of WikiLeaks founder and editor Julian Assange.

Farage went to the embassy Thursday morning and stayed for roughly 40 minutes, leaving around noon, according to a report by BuzzFeed. When a reporter from the site confronted Farage, he claimed that he didn't remember why he had been at the embassy. After being asked if he had gone to meet with Assange, Farage replied "I never discuss where I go or who I see."

Assange has been voluntarily staying at the Ecuadorian embassy since 2012 in order to avoid rape allegations in Sweden.

Although there is no known connection between Assange and Farage, the WikiLeaks founder has a long history of connections to Russia, which in turn has extensive links to Trump's business and political career. Because Farage campaigned with Trump during the 2016 presidential election and has maintained a close relationship with him since, his visit to the Ecuadorian embassy raises questions about whether he and Assange met, what they discussed, and whether there is any connection between their conversations and WikiLeaks' latest disclosures about the CIA earlier this week.

Meanwhile, as The Smoking Gun reported on Wednesday, Trump political consultant Roger Stone had been in contact with Guccifer 2.0, an online hacker that intelligence officials believe is manned by G.R.U (Russia's military intelligence service). In the months prior to Election Day, Guccifer 2.0 is believed to have been responsible for the hacking of the Democratic National Committee, the Democratic Congressional Campaign Committee, and the account of campaign chairman John Podesta. Stone, who has referred to Guccifer 2.0 as his "hero," texted The Smoking Gun that he didn't recall whether he ever exchanged private Twitter messages with Guccifer 2.0. He later claimed that the "brief exchange was public" and that his "entire communication" with the organization could be read by the public.

When The Smoking Gun confronted Guccifer 2.0 in August, the account responded with the query, "why r u asking?"

After claiming that they were being traced by the FBI, Guccifer 2.0 said that "i won’t comment on my conversations with other ppl." Finally Guccifer added, "why r u so interested in stone? he’s just a person who wrote a story about me. or i don’t know some important stuff?"