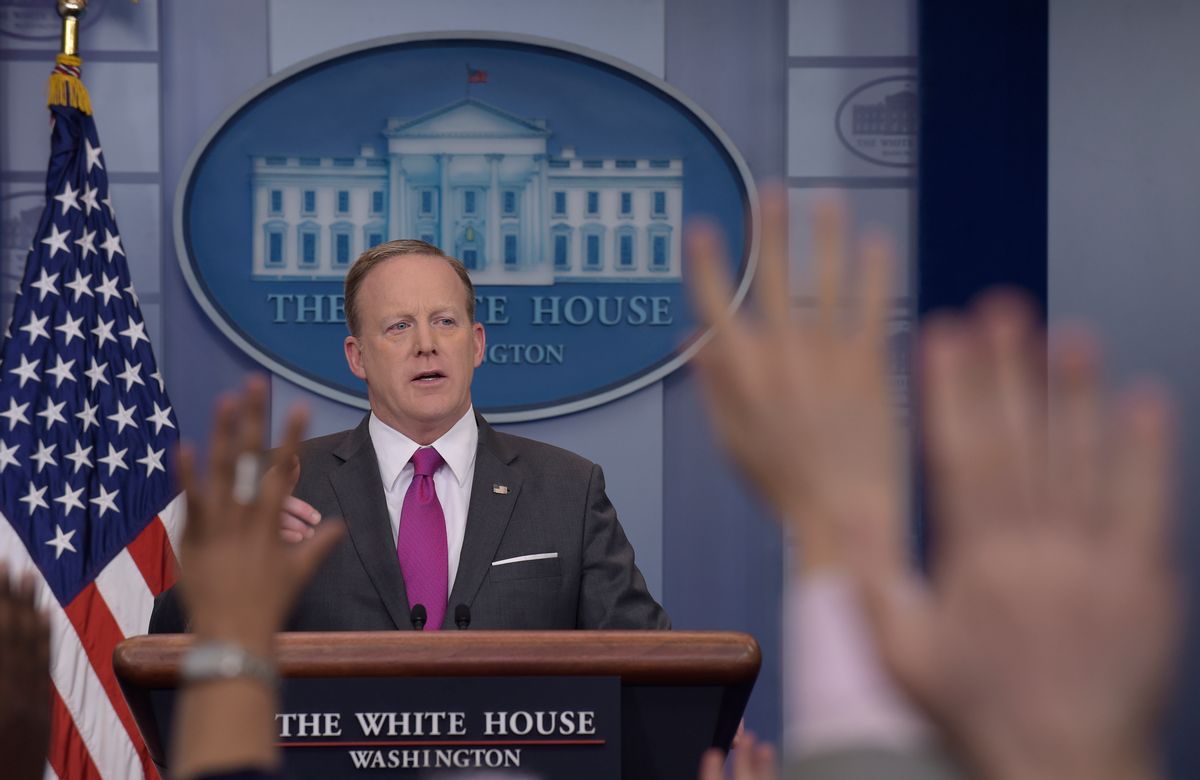 White House Press Secretary Sean Spicer tried to make light of President Donald Trump's flip-flopping on the accuracy of the Bureau of Labor Statistics' job reports during a press conference on Thursday.

"I talked to the president prior to this and he said to quote him very clearly, 'They may have been phony in the past, but it's very real now,'" Spicer said to the press corps, laughing.

Spicer quotes President Trump: Jobs report may have been phony in the past, but they’re very real now https://t.co/ILiE0Ohfll

While the assembled reporters seemed to share Spicer's sense of humor, the giggles glided over an important detail. When a favorable jobs report came out last year and political observers expected then-President Barack Obama to take credit for it, Trump famously tried to undermine the credibility of the findings.

"The number is probably 28, 29, as high as 35. In fact, I even heard recently 42 percent," Trump told a campaign rally after his victory in the New Hampshire primary.

Frances Donald, a senior economist at Manulife Asset Management, told Politico that "one of the most important elements of analyzing labor market reports is that they’re lagging indicators so they tend to be a reflection of what has been happening in the economy in the prior six months to a year. The jobs numbers that we’ll see six months from now will probably be a better reflection of the new administration."

The Bureau of Labor Statistics press office employment announced on Friday that job growth had increased by 235,000 in February. As a result, unemployment dropped from 4.8 percent to 4.7 percent during that same period.