Inhofe praises Trump's budget, because it slashes the EPA's budget 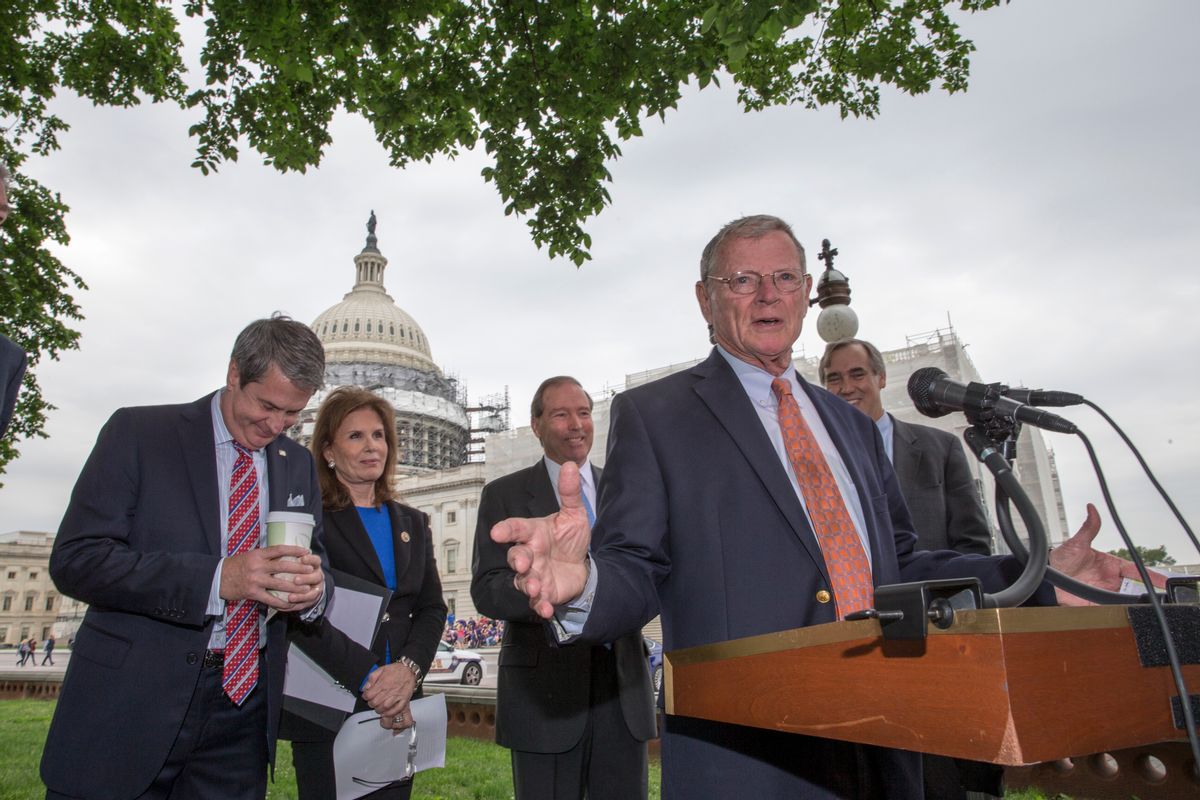 Republican Senator James Inhofe of Oklahoma — a climate change denier who once proclaimed, "God’s still up there. The arrogance of people to think that we, human beings, would be able to change what He is doing in the climate is to me outrageous." — told CNN's "New Day" on Thursday that Trump's plan will stop the EPA from "brainwashing" children.

"We're gonna take all this stuff that comes out of the EPA, that's brainwashing our kids, that's propaganda, things that aren't true, allegations," Inhofe said.

Prior to making those comments, Inhofe had praised the Clean Act Amendments as "very successful," arguing that "our air is cleaner, the pollution is down in spite of the fact that we drive twice as many miles."

Trump's new budget will eliminate funding for the Clean Power Plan (an Obama-era program) and all forms of climate change research and international climate change programs. Overall he is cutting EPA funding by 31 percent. This prompted John O'Grady, who leads the union representing EPA employees, to tell CNN that "the U.S. EPA is already on a starvation diet, with a bare-bones budget and staffing level. The administration's proposed budget will be akin to taking away the Agency's bread and water. How can this administration tell America that we will have clean air and clean water with a 25 percent reduction in U.S. EPA's budget?"

Trump's hostility toward the EPA's climate change positions, which he repeatedly discussed during his presidential campaign, became evident from the moment he took office and removed all climate change information from their website.