The band’s fourth album, “In Mind,” comes amid an inflection point 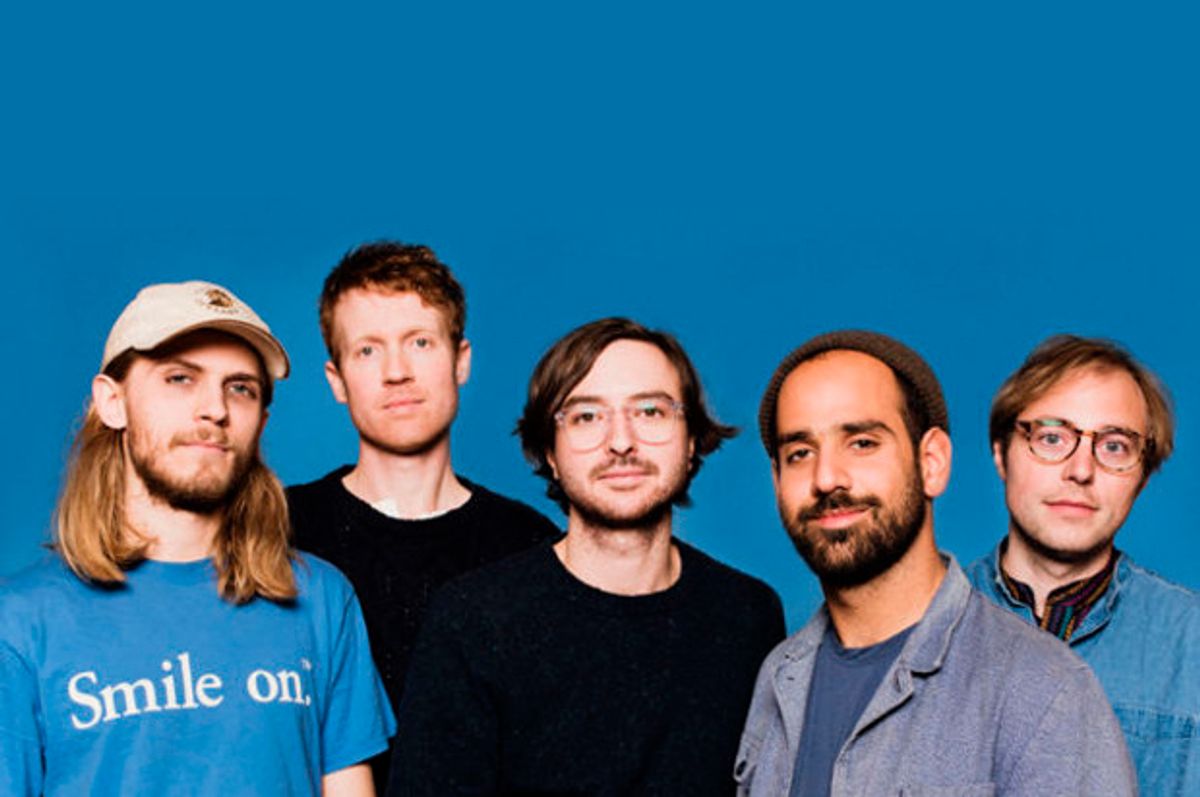 The indie rock band Real Estate should have postponed the release of its fourth album, “In Mind,” on account of weather. The band traffics in mood and melody — memories of clear-skied suburban afternoons and whiffs of spring dew — and the tundra-like conditions that have overtaken much of the country give the album an icy resonance. Will its sound thaw in a month? Probably. (Ask an Angelino.)

But Real Estate is an old-fashioned band that doesn’t have a predilection for publicity stunts. Frankly, the level of relevance that the band has maintained since it released its debut album in 2009 is amazing. Everything about Real Estate is soft or subtle. And despite being a band that is constantly in flux, with secondary members coming and going, the essence of its sound has persisted — the tinny guitar chords that form helixes in the air, the sentimental spirit and the dreaminess.

That “In Mind” retains those qualities to the degree that it does is a testament to the band’s maturity. Though Real Estate has been marked by quite a bit of transience, when the band’s lead guitar player, Matt Monandile, left the band last year, the departure was the most significant in its history. Monandile was one of Real Estate’s three core members, along with Martin Courtney (singer and secondary guitar) and Alex Bleeker (bass).

The band was founded on the back of those three members’ lifelong friendship. Monandile, Courtney and Bleeker grew up together in an affluent suburb of New Jersey called Ridgewood. After going their separate ways for college, they formed the band and moved close to one another in Brooklyn’s Williamsburg and Greenpoint neighborhoods. Their shared pasts and renewed proximity provided the bedrock for the band’s chemistry and ethos. In 2011, when The Fader profiled Real Estate, it was said of Mondanile that “without him, [Real Estate would] maybe still exist, but would be largely straight ahead. He’s a wiry player, canoodling around Courtney’s cleaner melodies.”

What Fader didn’t anticipate is that when Monandile left, the band would replace him with Julian Lynch, a player who was equally experimental and one who shared a similar connection to the band. “I've known Julian since I was 14 years old, so the whole process was extremely comfortable and really positive,” Courtney said in a phone conversation. “We weren't really thinking about the absence of one person or the addition of another because it really felt extremely comfortable from the moment he walked in the room the first day.”

Lynch, who is also from Ridgewood, was previously a solo artist making esoteric lo-fi bedroom pop. Many of the songs on “In Mind” do feature slow, soft, straight-ahead melodies — there’s a heavy Yo La Tengo vibe on a few songs — but Lynch patiently picks his spots to jolt the listener out of the lulls he helps to manufacture. The album’s fifth song, “Two Arrows,” begins like a lullaby and ends like a storm. The electric riff that closes the song is an unfamiliar tune for Real Estate.

In addition to igniting that particular song, Courtney said Lynch joining the band “was a blessing because it forced us to push ourselves.” He added, “For me, songwriting-wise, maybe it's subtle, but I'm always trying to become better and do different things with my lyrics and chord progressions.”

Throughout “In Mind,” Courtney’s writing is more elemental and poetic than on past albums. He recently became a father of two. While he doesn’t explicitly reflect on fatherhood in any of the songs’ lyrics, he looks back at his own childhood and treats the world with childlike wonder. “I have not lost the plot just yet/ I have reason to believe/ The sun’s still burning up there in the sky, there’s time,” he sings on the album’s eighth song, “Time.” Nearly every song makes some reference to the sky, the moon or the sun.

Each song on the album also has the quality of a day, where each feels like a subtle variation of the last. On the song “Same Sun,” Courtney sings, “Where does one thing end and the next begin?” The question made me think of the band. How many components of a thing can you subtract before it no longer is that thing? At what point would Real Estate no longer be Real Estate?

Courtney thought out loud. “You know, I feel like it would stop being Real Estate if it ever became,” and then he cut himself off. “I don't even want to ruminate on that.”