Ivanka Trump is getting an unpaid White House job, will "voluntarily comply" with ethics laws 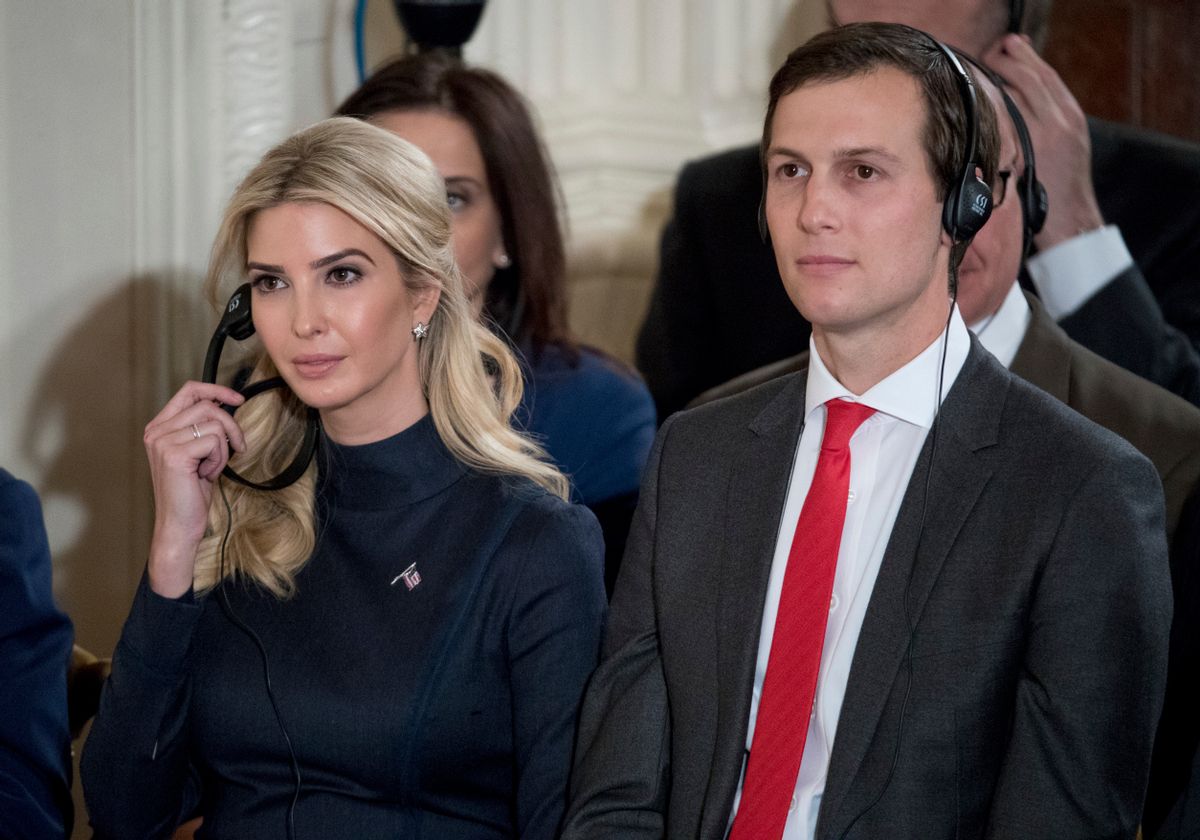 President Donald Trump, who has already appointed senior advisers as "commissars" to make sure his cabinet officers are sufficiently loyal to him, will now have his daughter Ivanka Trump as his "eyes and ears" in the White House. What he won't do, however, is pay her as an official member of the White House staff — meaning she will not be legally required to abide by ethical rules.

Ivanka Trump's attorney Jamie Gorelick said that the first daughter will be the president's "eyes and ears," according to Politico. She will serve as an all-purposes adviser to the president and will work out of the White House but will not be on the official payroll.

"Having an adult child of the president who is actively engaged in the work of the administration is new ground," Gorelick told Politico on Monday. "Our view is that the conservative approach is for Ivanka to voluntarily comply with the rules that would apply if she were a government employee, even though she is not." Measures taken will include divesting her common stock, tech investments, and investment funds, although Gorelick conceded that Ivanka doesn't "believe it eliminates conflicts in every way. She has the conflicts that derive from the ownership of this brand. We’re trying to minimize those to the extent possible."

There have already been questions about Ivanka's potentially unethical behavior since her father was elected president. Her company promoted a bangle bracelet that she wore during a post-election "60 Minutes" interview, White House counselor Kellyanne Conway urged viewers to "Go buy Ivanka's stuff!" after the Trump brand was dropped by Nordstrom, and she is facing a class action lawsuit by Modern Appealing Clothing (MAC) in San Francisco on the grounds that her firm has used their ties to the White House for an "unfair advantage."