A brief history of anti-Semites in the modern White House

Before Steve Bannon and Sebastian Gorka, other modern presidents have had anti-Semitic advisers 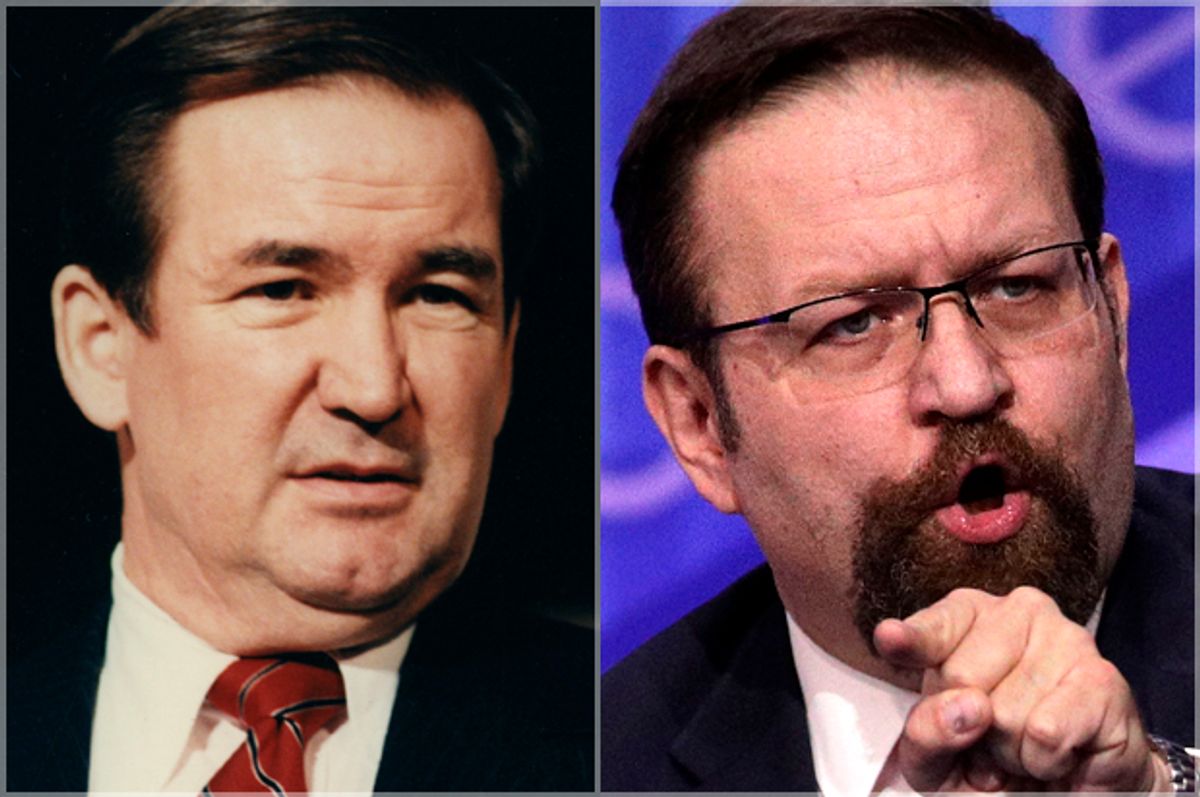 President Donald Trump may be under fire for surrounding himself with allegedly anti-Semitic advisers like chief strategist Steve Bannon and foreign policy adviser Sebastian Gorka, but he is hardly alone among American presidents in seeking counsel from individuals who are hostile to Jews. In the modern era alone, several names come to mind as being particularly notorious for egging on their bosses' ugliest prejudices. What makes their actions particularly tragic is that they didn't simply hold bigoted views, but succeeded in allowing those bigotries to impact real-world policy.

One of the greatest tragedies of Roosevelt's presidency was the inadequacy of his efforts to stop the Holocaust. Despite receiving overwhelming Jewish support and hiring many Jewish advisers, Roosevelt himself was known to harbor anti-Semitic views, and that attitude was reflected in the State Department by Breckinridge Long, who was in charge of dealing with European refugees (including the millions of Jews facing persecution by the Nazis). Later referred to as the leader of an "underground movement. . . to let the Jews be killed," Long's tenure from 1938 to 1944 was spent supporting restrictive immigration policies — and undercutting more liberal ones that had been implemented — as well as generally opposing plans that could save Jewish lives.

Nixon's hostility toward Jews, as well as his general racism, has practically become the stuff of legend. Nixon was particularly paranoid about Jews, and because he recorded hundreds of hours of his presidential conversations, many of the anti-Semitic views held by his advisers have also been preserved for posterity. Nixon's chief of staff H. R. Haldeman once described Jews to Nixon by saying "their whole orientation is against you. In this administration, anyway. And they are smart. They have the ability to do what they want to do — which is to hurt us." Nixon's White House counsel, Charles Colson, blamed unflattering numbers from the Bureau of Labor Statistics on Jewish employees being against them "with a couple of exceptions. . . You just have to go down the goddamn list and you know they are out to kill us."

Although Pat Buchanan's career as a presidential adviser began under Nixon, his most notorious anti-Semitic moment occurred under Reagan. In an incident that foreshadowed Trump's exclusion of Jews from his International Holocaust Remembrance Day statement, Buchanan was key in persuading Reagan to visit the Bitburg cemetery during his visit to Germany, even though it included the graves of 49 members of the Waffen-SS. Because Reagan had not initially planned on visiting a concentration camp (he later changed his mind and went to Bergen-Belsen), Jewish Americans were outraged. That response was compounded when Reagan compared dead German soldiers to Holocaust victims by saying "they were victims just as surely as the victims in the concentration camps." During this controversy, Buchanan's attitude was best captured by a note he repeatedly wrote about his boss during a meeting on the subject: "succumbing to the pressure of the Jews."