Salon talks to "Cork Dork" author Bianca Bosker about the soul and science of the bottle, beyond "red or white?" 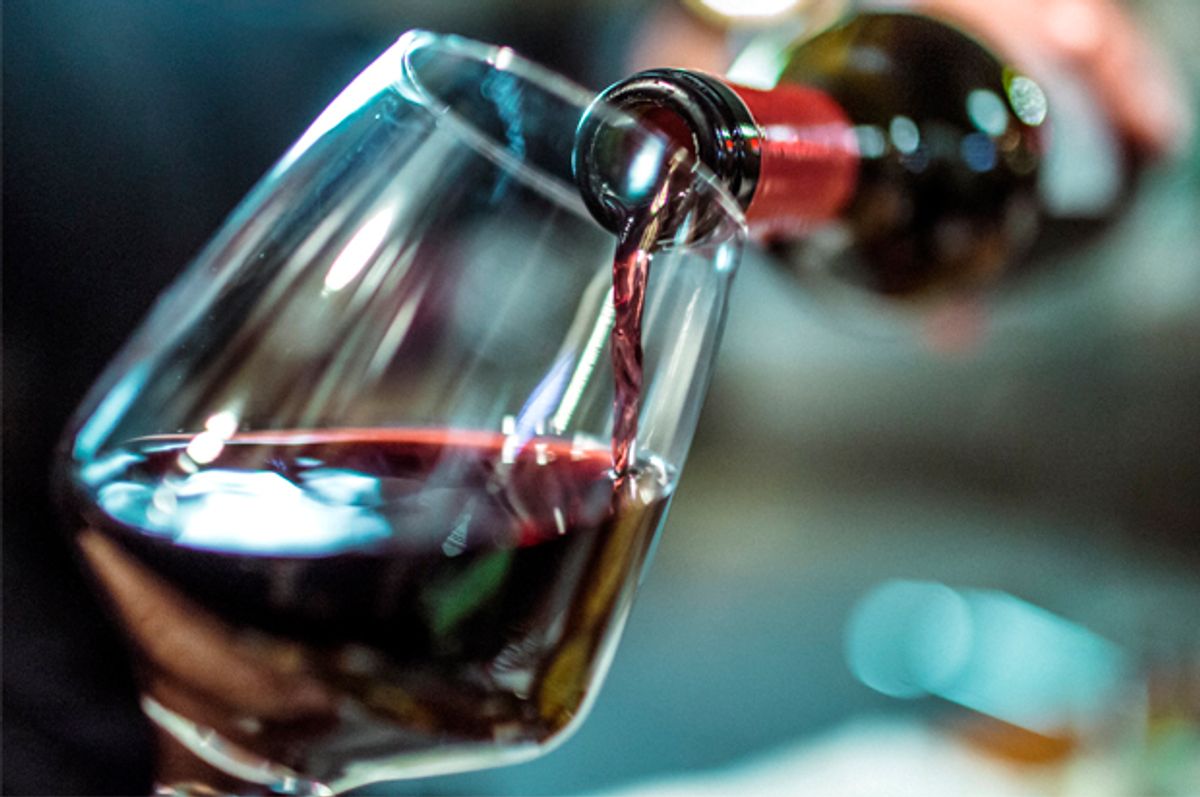 Like many people, when Bianca Bosker would sit down and order wine with dinner she would wonder, “What am I getting out of this $15 glass?”

She knew there was this idea of wine being a civilized pursuit on par with appreciating art and poetry. “And I appreciated art and poetry, but did not appreciate wine. It really was for me this personal question of ‘What am I not seeing here? Can I learn to appreciate it?’”

So she set out on a yearlong journey to do just that. She left her job and completely immersed herself in the world of wine — stretching her senses by working as a "cellar rat," training with sommeliers, speaking with experts on taste and smell, and smelling things no human should have to.

The result is “Cork Dork: A Wine-Fueled Adventure Among the Obsessive Sommeliers, Big Bottle Hunters, and Rogue Scientists Who Taught Me to Live for Taste” (Penguin, March 28). Bosker talked with Salon by phone about what appealed to her about the wine world, how to best communicate with your sommelier, and how to use the smells of the subway to improve your palate.

Let’s talk a little bit about your background — you weren’t in the food and beverage world prior to writing this book. What were you doing?

Before the book I was working as the executive tech editor at the Huffington Post. I had been there for five years and was actually the co-founder of Huff Post’s tech vertical. I was professionally spending my days at a screen writing about things that happened on screens. I would spend all day at work on a screen and then go home and spend all day after work at a screen, whether it was texting with friends or watching Netflix on my laptop. You know, just compulsively refreshing my email inbox.

On a personal level, I was eating and drinking wine, but not with a whole lot of thought or care. I assumed there was a difference between bottled and boxed wine, but I really couldn’t have told you what it was. That was the limit of my connoisseurship.

Then you had an experience where you found out about wine competitions and people who were training for these sorts of events -- there was a level of skill to it. At that point, you decided to speak with them, but to also approach your wine training by speaking with scientists outside the wine world. Did your time studying tech and working with experts in that way inform the way you tackled "Cork Dork"?

I had spent five years in tech, and it was an incredible time to be covering tech. I felt like I had spent three years at this job struggling to really make people care about tech — and then all of a sudden tech was the big culture story. It was the thing everyone was talking about.

But it wasn’t until I came into contact with these "cork dorks" that it began to dawn on me just how sterile and limited the world was. Something about these YouTube videos of people living the world through taste and smell, it just hit me that I was going to kill myself if I had to write one more story where I stood over a screen where I watched someone do something on a computer.

You had even written a story about how to take a virtual reality vacation?

I know! It was dark times.

I was both very interested in diving into the soul of wine and the science of it. And I came away with feeling that there is a lot of bullshit in the wine world, but when you clear it away you are left with these incredible truths that have these far-ranging consequences for how we can more thoughtfully approach our lives. Whether it is how we process an experience or how we remember our most treasured memories.

Wine can teach us a lot.

And I think that was one of the things I appreciated about this book. Because I think I, like many people, have tried to educate myself about wine, and it was just one of those worlds where you read memoirs, you read trade publications and sometime it feels like a gigantic PR pitch in a way.

Right — I’m actually writing a story right now about the concept of terroir. "Terroir" is this term that comes up again and again in the wine world and you trot it out to describe what makes wine special. It has gone through all of these different evolutions over the years. I’m engaging [with] this term on a very scientific level. But when you really look at the evidence, this concept is so much more than the typical "wine speak" allows for, and so much more interesting.

There’s a certain level of realism in the book on that count, but you also put forth some truths about how the wine world can be gendered in certain ways.

Part of what really attracted me to the wine world is that it seemed to be at the opposite extreme of the tech world. One is screens, believes in drinking soylent and thinks bodies are meant to become obsolete, and the other is really about favoring physical experience. And yet I did find the worlds are more alike than they seem, in that they are both really male-dominated realms.

And even though things are changing and improving and having this incredible wave of innovative and talented women who are coming, they still have that legacy.

There’s a bit of a historical antecedent. When restaurants were imported to the U.S. from pre-Revolution France, they imported not only the pomp and circumstance of fancy establishments, but also the tradition of having an all-male staff.

One of the passages that I found interesting was when you were staging with a sommelier who was a woman and watched how she had to engage with customers. What did you leave thinking about that?

In most cases it is still a tipped industry, and that means making your customers like you — that’s the subtext to a lot of the engagements on the floor. It’s not enough to provide good service and good hospitality; on a human level you have to get the person to trust you and like you. And what that can mean is unfortunately, it’s not just the restaurant's management that are blamed for the double standard that exists, but diners are way more culpable than they realize.

What is the best way to communicate about wine to a sommelier if you don’t know wine super well?

Don’t think you have to know exactly what you want to order. Really, you need to offer two pieces of information to the sommelier: what you want to spend and what is the taste or style of wine you want to drink. That could be as specific as saying, "I love Adelsheim pinot noir from Oregon; what do you have that is like that?" Or it could be as broad as saying, "I like sauvignon blanc." Period. If you are at a good restaurant that has a knowledgeable sommelier, they know the list so well, they can take those two pieces of information and guide you to the best fit on the list.

Here’s a smaller hack: If you’re looking at a by-the-glass list, every one has what sommeliers call "gimme wines." These are selections that are instantly recognizable and people say, "Give it to me, I don’t care what it costs." Those wines have a "gimme tax," meaning restaurants charge more for them because people will pay it no matter what it costs. They know them, they are familiar.

These are your California cabernets, your malbecs, your sauvignon blanc from New Zealand. I would suggest going for the most intimidating, least familiar thing made with a grape you can’t pronounce from a region you’ve never heard of because in general it is very hard for a restaurant to make money off of things people don’t know, so they tend to be a better value because they are on the list not because they are going to generate huge cash returns for the restaurant, but because someone genuinely likes them.

One of the things you focus on in "Cork Dork" is how you improved connecting with your senses. Could you give some tips on that?

First of all, it doesn’t just have to be when you open a bottle of wine. Becoming a better taster starts when you wake up in the morning. Go through the tasting notes of the subway — it’s a bit of a dangerous exercise, parsing out the smell of unwashed human or rat poison, but it helps more than you realize. Really think about the produce — the citrus — you pick up at the grocery store.

One of the things I was most surprised and delighted by in the process of researching this journey was that our senses of taste and smell are like muscles. There are things we can strengthen and improve. And wine is a helpful starting point because there is this very established discipline around tasting, but what you learn in a glass of wine is applicable far beyond the table.

I find this whole process has changed my experience of going for a run in the park over the course of the seasons. I am so much more attuned with the way the air’s smell changes as flowers bud or the leaves decay. We’ve been told we should strive for mindfulness, but I came out prizing this mindset of sensefulness — this idea that by tuning into our senses that helps us make sense of the world around us.