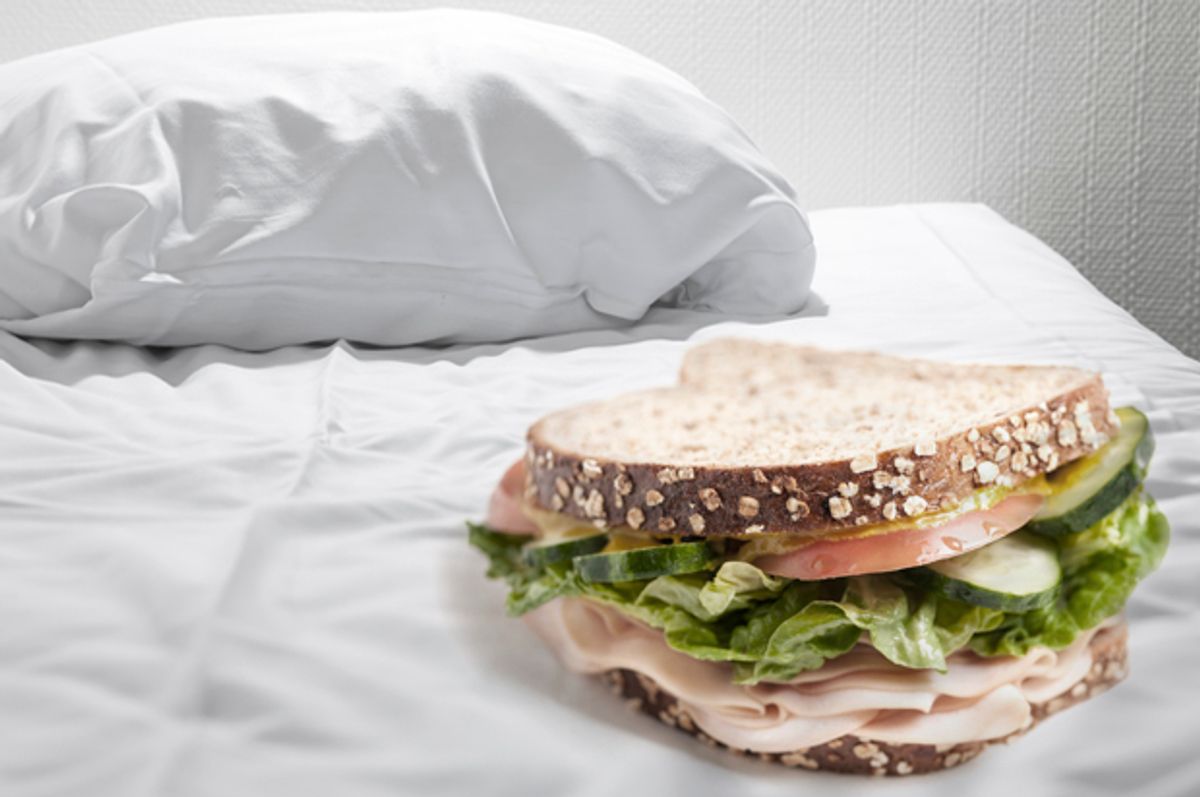 Growth is an important part of any relationship. The more you put into it, the more you get out of it. Of course, most of us aren’t taking that literally. But there are those who do, and they’re known as “feeders.”

Being attracted to bigger woman isn’t going to cast you into any particular sexual subculture. But being attracted to the idea of helping big women get bigger will. That’s where members of the feederism community land. The lifestyle revolves around a partnership, of sorts, where one individual helps another put on weight by providing both money and food. Through this, both parties find themselves sexually aroused. And in the heterosexual context, it’s usually the woman packing on the pounds.

The process of fattening up can take many forms, the most deceiving being padding, whereby an individual will place cushions or other items under their clothing to appear fat. Then there’s the more dedicated art of bloating. That refers to when the individual will expand their stomach by ingesting a large amount of food or drink. There’s also something called inflation, where an individual will pump air into their body, causing the belly to swell. That can be accomplished by placing a tube down your throat, or up your butt.

Of course, we can thank those more extreme stunts for helping the feeder culture land so much mainstream attention. The reality of most “plus-size” relationships isn’t so sensational. As Hanne Blank, author of "Big Big Love: A Sex and Relationships Guide for People of Size and Those Who Love Them," states in her book, “Feederism is a red herring, it creates alarm and controversy that derails more meaningful discourse about fat sexuality. All of fat people’s sexuality gets lost in the shadow of the mainstream media’s voyeuristic fixation on what is portrayed as a freak show." That said, it is out there. When it comes to sexual expression, some will take an inch, others nab the mile. And you can’t exactly fault us for wanting to know more.

The social network and dating site Feabie was designed with feeders in mind. The site markets itself as “the next generation in social networking for men and women into feederism, fat admiration and all things big.” So far, over 100,000 individuals have signed up. Fantasy Feeder is another destination for those interested in the lifestyle. The website contains photos and videos of those indulging in feeding activities — often employing extreme techniques to maximize caloric intake. There are also forums up for people who want to share their stories and feeder fantasies. And for those who want to take things offline and into real life, there’s a dating section, too.

Some individuals have even found a way to profit off the process. An increasing number of webcam models are now selling videos of themselves eating, playing with their bloated bellies, or struggling to zip up their pants. Others will participate in something called squashing, where they sit on, stand on, or jump on guys who get off on the idea of being, well, squashed.

Donna Simpson holds the world record for heaviest mother to give birth, weighing in at 532 pounds when she delivered her daughter, Jaqueline. Simpson claims to have made $90,000 a year by charging people to watch her eat online. At the height of her career, Simpson weighed in at around 730 pounds. The weight made her increasingly reliant on others to help her with simple tasks, like getting in and out of the shower. And that kind of helplessness is exactly what some involved in the feeding lifestyle are after.

On the Feeder Fantasy website, there is a page titled "Want to get Fatter?" There’s a section at the bottom of the page that reads, “You want someone who will help you get dressed in the mornings when you can no longer bend over to pull up your skirt or pants, someone who will help you wash when you are too fat to fit in the bath or shower, and above all someone to cook and lovingly feed you when you are too heavy to get up from the couch.”

It’s an extreme example, of course. But one that speaks to the potentially dangerous consequences of engaging in the feeder lifestyle. In the end, Simpson decided to end her career as a professional feedee for reasons relating to her health and her ability to care for her children. But leaving the lifestyle also means you might have to leave something else behind: your relationship.

“Relationships tend to stabilize around set patterns,” says Conason. “Certainly, if the dependent partner is no longer dependent, it destabilizes the relationship and may cause a break-up.”

Weight loss can pose a threat to any relationship, but especially so to relationships centered on weight gain. Those who participate in the feeder lifestyle may find themselves happy in the relationships they form while active in the community, but they may also find those relationships won’t survive outside of it. Of course, all kinks require some kind of commitment, but when it comes to keeping the love alive, feederism might just take the cake.