Devin Nunes: I was on White House grounds before saying there was "incidental" spying on Trump officials

Rep. Devin Nunes has faced questions about his mysterious disappearance on Tuesday night 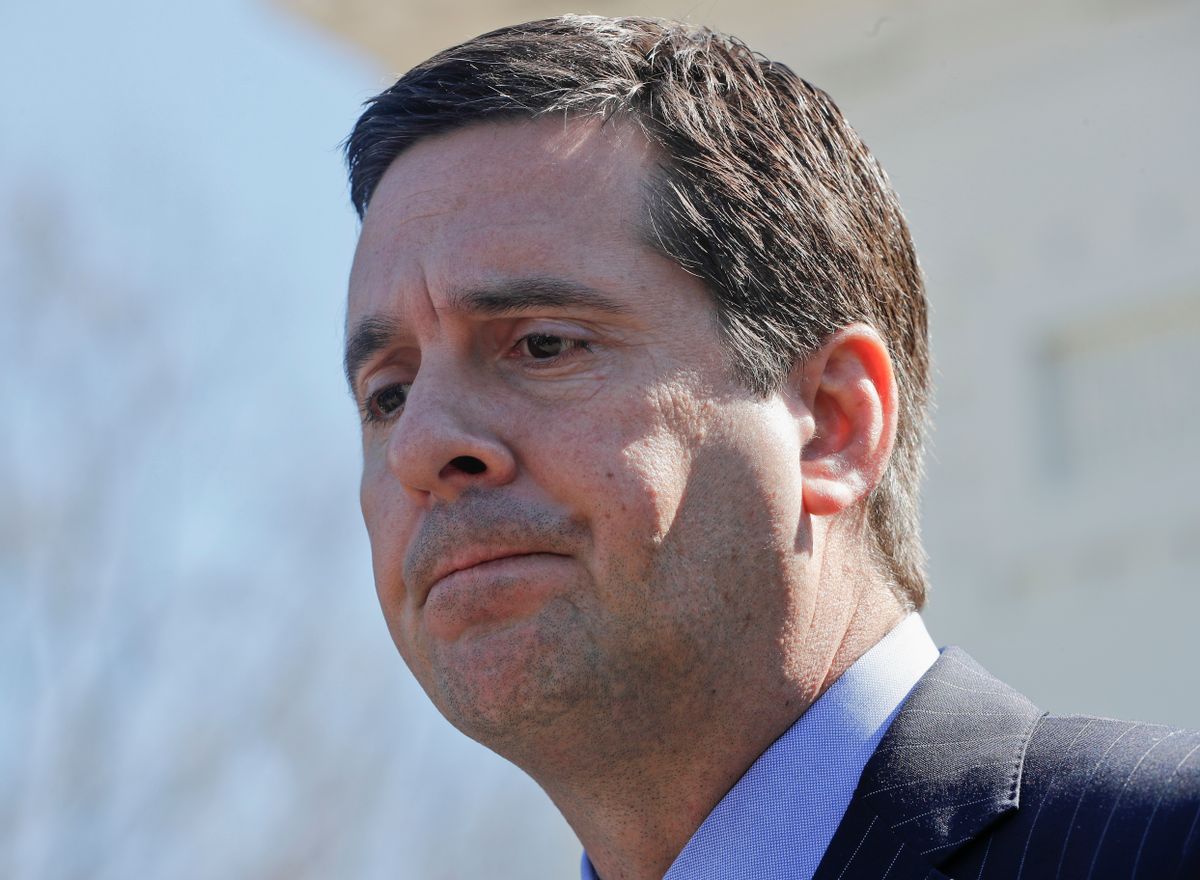 Still facing outrage from his decision last week to publicly announce alleged incidental spying of citizens from Donald Trump's presidential transition before discussing the matter with his own committee, House Intelligence Committee Chairman Rep. Devin Nunes, R-Calif., is now trying to clear up the mystery of where he was last Tuesday, when he supposedly learned about that surveillance in the first place.

One government official told CNN that he saw Nunes enter and exit the Eisenhower Executive Office Building, on both occasions while alone.

Nunes told CNN that he went to the White House grounds "to confirm what I already knew," which he argued preceded Trump's tweeting about President Barack Obama wiretapping Trump Tower. Nunes avoided further comment by arguing that saying more could "compromise sources and methods."

Congressional officials saw Nunes take a brief phone call, switch cars and get away from his staff on the night in question, according to The Washington Post, while several more claim to have been told about it. A spokesman for Nunes told The Post that "that account is inaccurate."

In part because President Trump told Fox News prior to Nunes' disclosures that he would "be submitting things before the committee very soon," many critics are claiming that Nunes' sources came from the White House itself. Nunes has refused to say whether the documents came from Trump officials.