In a recent interview, Trump let his inner Keynesian slip out 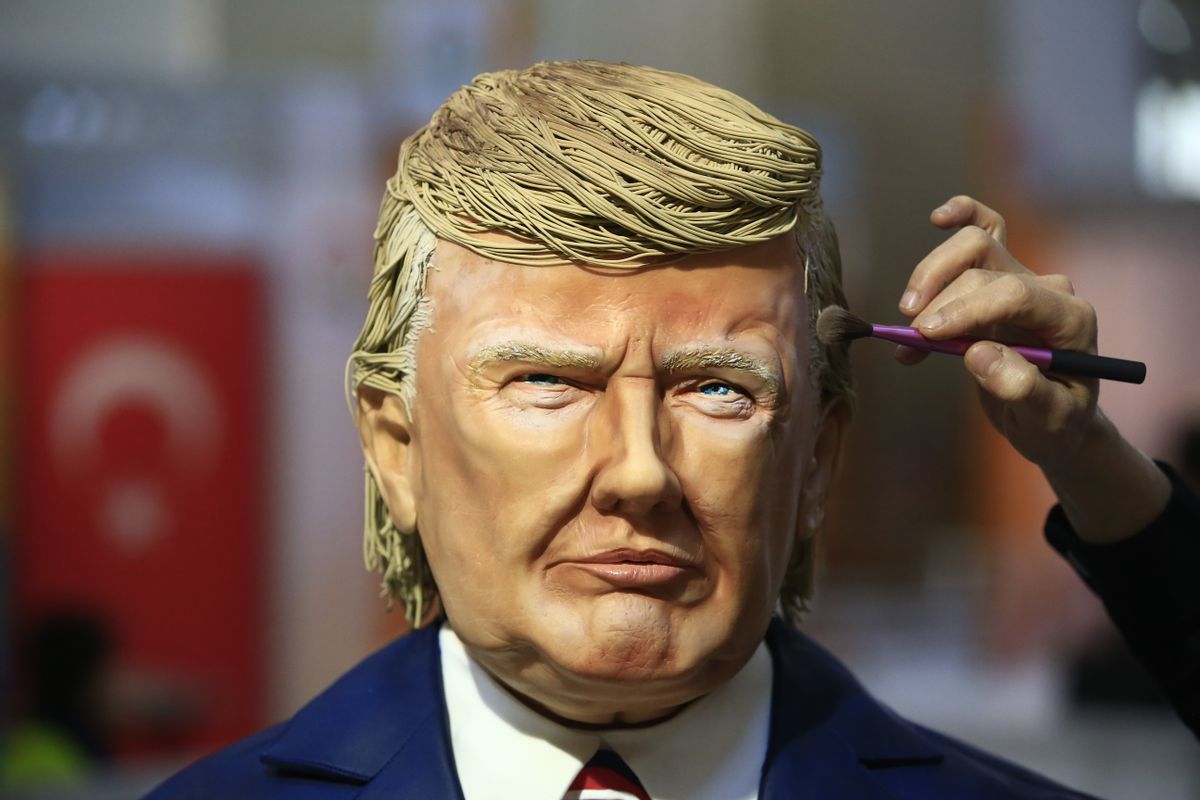 President Donald Trump's economic plan may be built on a foundation whose logic many people find unconvincing, but that didn't stop him from describing spending in such glowing terms that one could even call them Keynesian.

"We’re also going to prime the pump," President Trump told Robert Draper of The New York Times Magazine. "You know what I mean by ‘prime the pump’? In order to get this [the economy] going, and going big league, and having the jobs coming in and the taxes that will be cut very substantially and the regulations that’ll be going, we’re going to have to prime the pump to some extent. In other words: Spend money to make a lot more money in the future. And that’ll happen."

As Draper wrote, "A clearer elucidation of Keynesian liberalism could not have been delivered by Obama." Twitter noticed this as well.

Keynesianism is, at its core, is the thinking after the ideas of Depression era economist John Maynard Keynes that government spending on the economy (or a fiscal stimulus) can help maintain periods of growth and pull the economy out of a downturn. The term "pump priming" is closely linked with this concept, and while it was initially anathema to conservatives, by the 1970s its perceived effectiveness was such that even President Richard Nixon famously proclaimed in 1971 that "I am now a Keynesian."

During an appearance on NBC's "Meet the Press" on Sunday, conservative talk-radio host Hugh Hewitt speculated that Trump "is done with the right wing. If you buy five stocks, and one of them is the Supreme Court, that went up 400 percent this week. One is health care, it bankrupted. You still have the military and you still have the tax bill and you have the infrastructure. He is going to bank on the other four going up."

Similarly Eliana Johnson, a conservative writer for National Review, told "Meet the Press" host Chuck Todd that voters should expect to see Trump "move to the left. He's wanted to do infrastructure. He wants to do a big push on it. And the thing I found interesting this week is that he went to the Freedom Caucus, and his pitch to them, his means of persuasion, was he singled out [its chairman] Mark Meadows and he told Republicans, You're going to lose. I'm going to campaign against you.'"

While Trump's version of Keynesianism is more likely to focus on tax incentives than direct government investment in economic projects (the traditional progressive approach to economic stimulus), it is nevertheless noteworthy that the Republican president is using rhetoric traditionally associated with left-wing politics in order to advance his economic agenda.