So much for all that winning: Will the health care debacle expose the fraudulent nature of Trump's presidency? 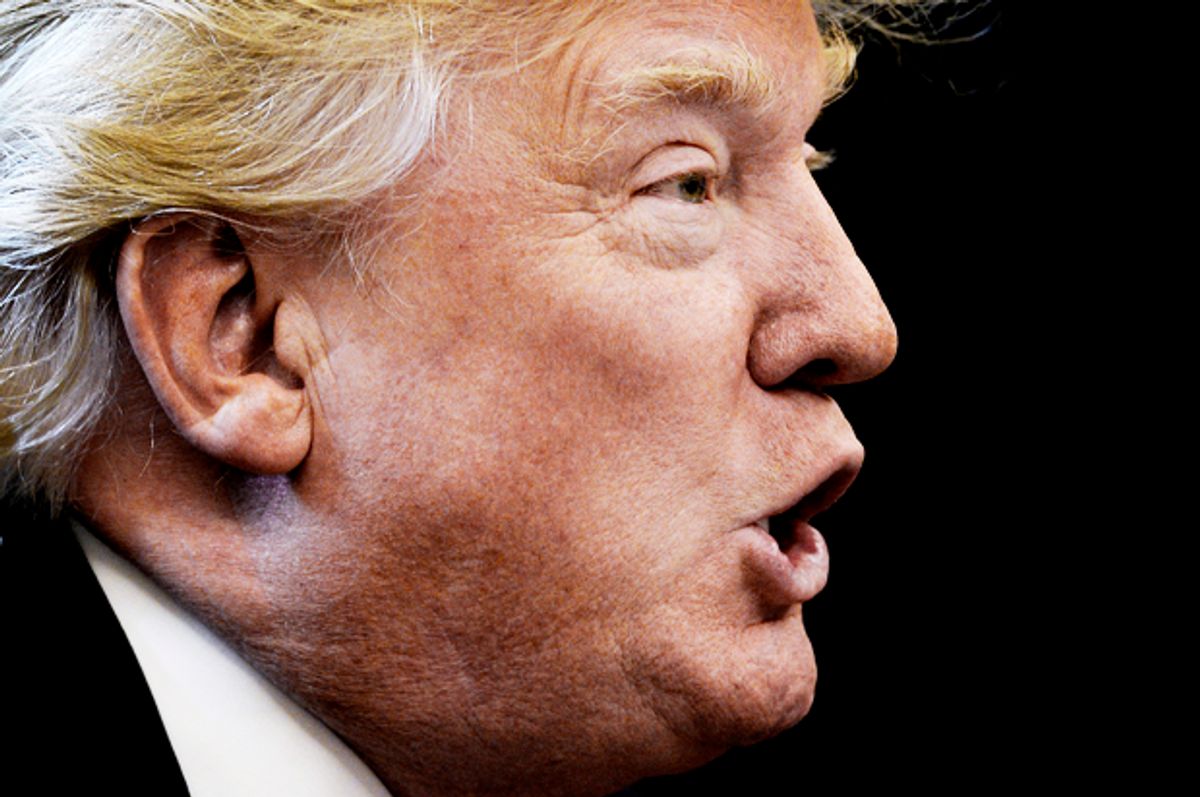 In early December I wrote a piece recounting all of President Barack Obama's attempts to woo Republicans and wondered whether members of the Tea Party — represented by the ultraconservative House Freedom Caucus — would save Obamacare by once again refusing to go along with the GOP's leadership. And by gosh, they went and did it again. By all accounts, the Freedom Caucus wouldn't accept Paul Ryan's draconian "replacement" for Obamacare because its members didn't merely wish to return to the time before the Affordable Care Act was enacted; they wanted to take the health care system back to the time of Dickensian England.

Mainstream conservatives, on the other hand, were willing to deny millions of people health care but figured that their seats might be in jeopardy if they went as far as the Freedom Caucus demanded. This bill died the way that everything dies in the Republican Congress — at the hands of fanatics who will not take yes for an answer.

The best meme circulating on Twitter during the negotiations was this one:

Speaker Paul Ryan deserves the lion's share of the blame for this debacle. He's the allegedly serious wonk who was supposed to be able to whip up a quick replacement in a matter of days that House Republicans could get through on reconciliation in the Senate with 50 votes, Trump would sign it and victory would be at hand in no time. That didn't work out. Ryan's alleged grasp of policy was always a Beltway delusion, largely based on his love of "Atlas Shrugged" and those blue, blue eyes. The health care bill he slapped together was a monstrosity that failed on every level, from cost savings to coverage, and it pleased absolutely no one. The train wreck of a negotiation process shows that Ryan is just as bad at political leadership as he is at policy.

In an insightful piece in The Atlantic about the GOP's inability to pass such an important piece of legislation, McCay Coppins observed that the party has been avoiding governance for nearly a decade and simply no longer knows how to do it. He wrote:

Indeed, without any real expectation of their bills actually being enacted, the legislative process mutated into a platform for point-scoring, attention-getting, and brand-building. At its most benign, this dynamic manifested itself in performative filibusters and symbolic votes that had no meaningful effect beyond raising a senator’s profile or appeasing the cable news-watching constituents back home.

That certainly explains why GOP voters were so ready to cast their ballots for Donald Trump as president. He is obviously the leader the party was waiting for.

I mentioned the other day that when Obama ran on "fixing Washington" and "bringing people together," the Republicans came up with a clever plan to obstruct him at every turn and then crow that he failed to fulfill his promise. It worked pretty well. Obama spent his entire first term trying to reach out to Republicans to no avail, but even today it's an article of faith on the right that Obama was "divisive."

After the "repeal and replace" debacle, we can see there is a corollary with Trump. He didn't promise to bring people together but rather ran on a simple platform of "winning." He was supposed to be the guy who could just walk into any room and hammer out a deal so fast it would make our heads spin. He claimed he had a method of defeating ISIS "quickly and effectively and having total victory." He would build that wall and make Mexico pay for it. He would immediately tear up all the existing trade deals and negotiate new ones on America's terms. In fact, he was going to win so much in every way that we'd get sick of all the winning and beg him to stop.

And against all odds through an anachronistic constitutional fluke, Trump won the Electoral College vote despite coming up millions of votes short in the popular count — the real measure of his popularity. It was a win that wasn't really a win, and he clearly knows it.  As president, Trump has suffered one defeat after another. From the disaster of his travel ban to the fiasco of the health care strategy and the Michael Flynn debacle (as well as the ongoing Russia scandal), his new administration is a catastrophic fail so far. The question now is when his voters are going to realize that Trump is not the winner he said he was.

Many people knew this before he was elected, including some Republicans:

After the House leadership pulled the halth care bill from being voted on Friday, this quote from Trump's book "The Art of the Deal" made the rounds on social media:

You can't con people, at least not for long. You can create excitement, you can do wonderful promotion and get all kinds of press and you can throw in a little hyperbole, But if you don't deliver the goods, people will eventually catch on.

But that book wasn't written by Trump. It was written by his ghostwriter, Tony Schwartz. Trump's real belief is that when you don't deliver the goods, let them sue and get them agree to take pennies on the dollar. When you fail, always blame someone else.

Trump had signaled throughout the health care debate that he didn't really want to deliver anything at all. He said he believed the best thing to do was let health care deteriorate so that people would blame the Democrats. On his terms then, he won.

And Trump actually loses a lot in life. He goes bankrupt and is sued and exposed as a fake and fraud with alarming frequency. He constantly lives on the edge of self-destruction, and when he is caught, he dances away by blaming others. Indeed, except for having been born wealthy, Trump isn't a winner at all. He's a survivor, which is not what he's been selling. And he might survive as president. The question is whether the country will survive as well. It's already obvious that the nation won't be winning.