Coal CEO gets real on Trump's coal jobs promise: "He can’t bring them back"

Robert Murray is no friend of carbon dioxide restrictions, but he is a realist about creating more coal jobs 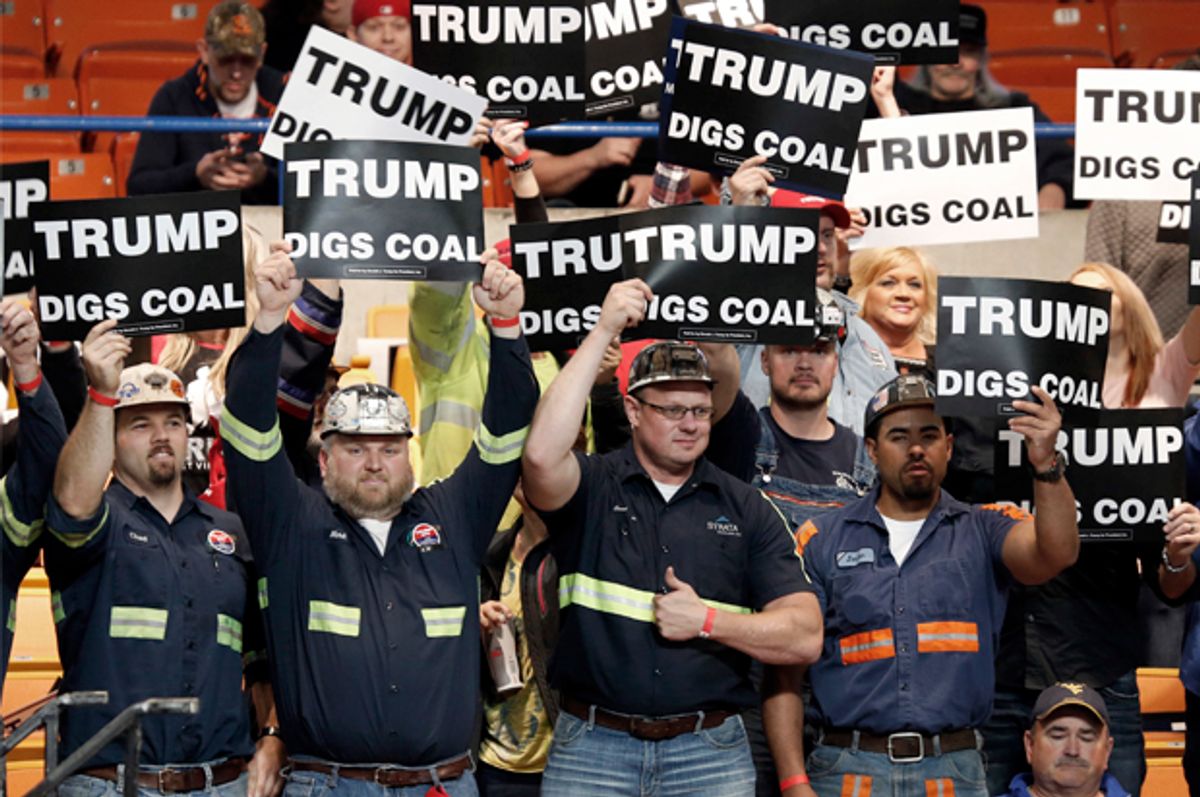 Robert Murray, the founder and CEO of Murray Energy, told The Guardian that during a February visit to the White House to meet President Trump, "I suggested that he temper his expectations. Those are my exact words. He can’t bring them back."

Added Murray: "I would not say it’s a good time in the coal industry. It’s a better time."

This is not to say that Murray is a supporter of environmentalism. He denounced President Barack Obama and the Democratic Party as "the greatest destroyers the United States of America has ever seen in its history" for their efforts to regulate the coal industry and insisted that "we do not have a climate change or global warming problem, we have an energy cost problem." He also argued that carbon dioxide is not a pollutant, despite being characterized as such by the Obama administration, and embraced the Trump administration's vow to overturn as many environmental regulations as possible.

Nevertheless, he couldn't argue with industry statistics, which show that the number of American coal miners has fallen from roughly 250,000 in the 1970s to 98,505 people in 2015.

Mary Anne Hitt, director of the Sierra Club's Beyond Coal Campaign, told The Guardian that despite people's belief that loosening environmental restrictions could bring back jobs, "the industry likes to point to pollution standards for the decline in jobs, but the reality is the market has markedly changed."

This is reminiscent of Whitman's comments to Salon:

"The erosion of coal is not due to environmental regulations," Whitman said. "It's due to economics. It's due to the fact that fracking has made gas so cheap, natural gas so cheap. And a lot of the companies have done this pivot because of that."